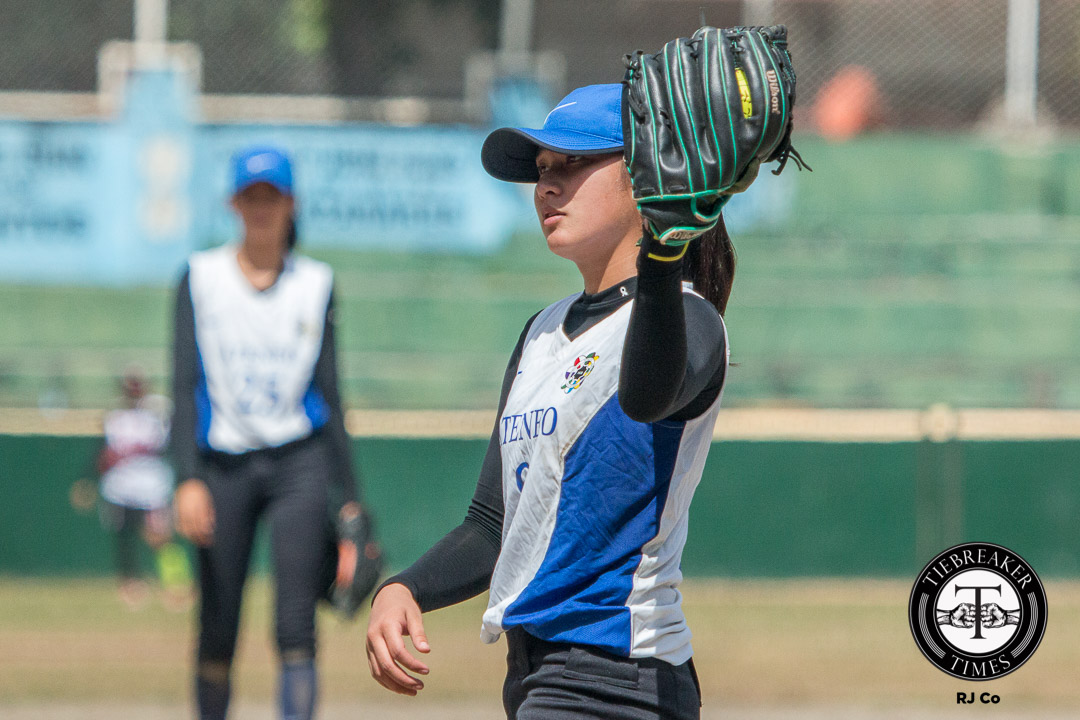 University of Santo Tomas Tiger Softbelle head coach Sandy Barredo wanted to give exposure to his younger players while Ateneo de Manila University Lady Eagle program director Randy Dizer’s agenda was to build on whatever they can get for next season.

Wanting to prove something, third year pitcher Ira Nevalga and the Lady Eagles willed their weigh in one of the biggest upsets in the 78th season of the UAAP in a 6-5 win over the heavily-favored UST Tiger Softbelles.

A hungry Ateneo squad opened the bottom of the first inning strong. After a flyout of Natividad, Nikki Borromeo connected with a single while a sacrifice fly by Nevalga moved her to second base. Borromeo then stole third base later on and then gained home to put Ateneo on the board.

After a Hazel Angue run at the top of the second inning that tied the game, the Lady Eagles had a team-high four run rally that altered the complexion of the game. After a strikeout of Clarisse Dacanay, a supposedly-easy catch for right fielder Ricky Latican was not caught that gave Yla Trinidad base. A flyout of Gabby Macatulad at right field gave UST two outs but a defiant Ateneo batting order showed up on this day.

Shereen Salvatierra popped a single to center field that brought home the Ateneo co-captain. A throwing error by UST’s third basewoman gave Angela Natividad base while Borromeo’s second single of the day loaded the bases for the Lady Eagles. Nevalga was then hit by a Luisse Garde pitch for another run for the Blue and White. Another costly error and a passed ball led to runs for Natividad and Borromeo helped extend the Ateneo lead to four runs, 5-1.

The errors of the Tiger Softbelles drew the ire of Coach Barredo as he made a platoon swap and brought in the team’s starters, including ace pitcher Ann Antolihao on the mound. Antolihao struckout Cheska Imperial to finally end the UST bleeding.

Slowly, the Tiger Softbelles were able to bring down the lead one run at a time in the next three innings. A triple by Lacupa opened the third inning and was brought home by Palma. Arlyn Areglado and Ann Antolihao were able to punch in runs as well in the fourth and fifth inning respectively to cut the Ateneo lead to just a solitary run.

Nevalga was already bothered by a sore shoulder come the sixth inning. “I was kind of frustrated in the middle innings because my arm started to hurt,” she shared.

“I was thinking na palitan siya but the problem was Ira can locate the pitches e,” Randy Dizer added. “That’s the only way we can set-up the defense. Sabi niya ‘I’ll finish it, I’ll finish it'”

With the lead down to just a single run going into the final inning, a costly error led to an insurance run for the Lady Eagles. A catching error at first base opened the inning that gave Trinidad base. Next batter Macatulad connected on her first hit of the day, a single, after. Trinidad though was knocked off as she tried to steal third base while Salvatierra was struckout for two outs. Macatulad though went for an attempt to gain home. Just as catcher Palma was about to throw the ball to third base to oust Macatulad, she overthrew the ball leading to a free path for the Ateneo rookie to gain base and extend the lead to two runs.

Nevalga, on tired legs, was inspired by the play of her teammates during the top of the inning. This gave her the added fuel needed to finish the game in saying, “it’s my team and the people around me that pushed me to finish the game.”

“My catcher Cheska (Imperial) kept telling me to push and push because it’s going to be worth it in the end. We’ve been training all year for this so, it has to be worth it.”

A double by slugger CJ Roa sparked a late UST push to hijack the game. Nevalga then walked Charm Oria while a fielders choice attempt gave Belano base but knocked off Roa at third base. Another fielders choice attempt by Ateneo brought Oria home but retired Belano. Needing just one out, Nevalga pushed harder than ever eventually striking out a swinging Lealyn Guevarra to close out the game.

After the game, Dizer quipped that winning cures any ailments. “She was so tired and masakit na shoulder niya. Pero now nung nanalo na wala ng sakit,” he joked. Nevalga pitched an entire game for the second straight time. She gave up 11 hits, nine coming from singles, but she and the Ateneo fielders were able to leave ten UST runners on base. In addition, she was able to strikeout four batters.

With just a single game remaining, he is hoping that the Lady Eagles still play with the same intensity in saying, “there is no pressure. The only way we won’t commit those errors is there is no pressure because we have nothing to lose.”

On the other end, Borromeo had an excellent start to the game as she went 2 of 3. She connected on two singles that led to two runs. Salvatierra and Nevalga were able to contribute an RBI each as well.