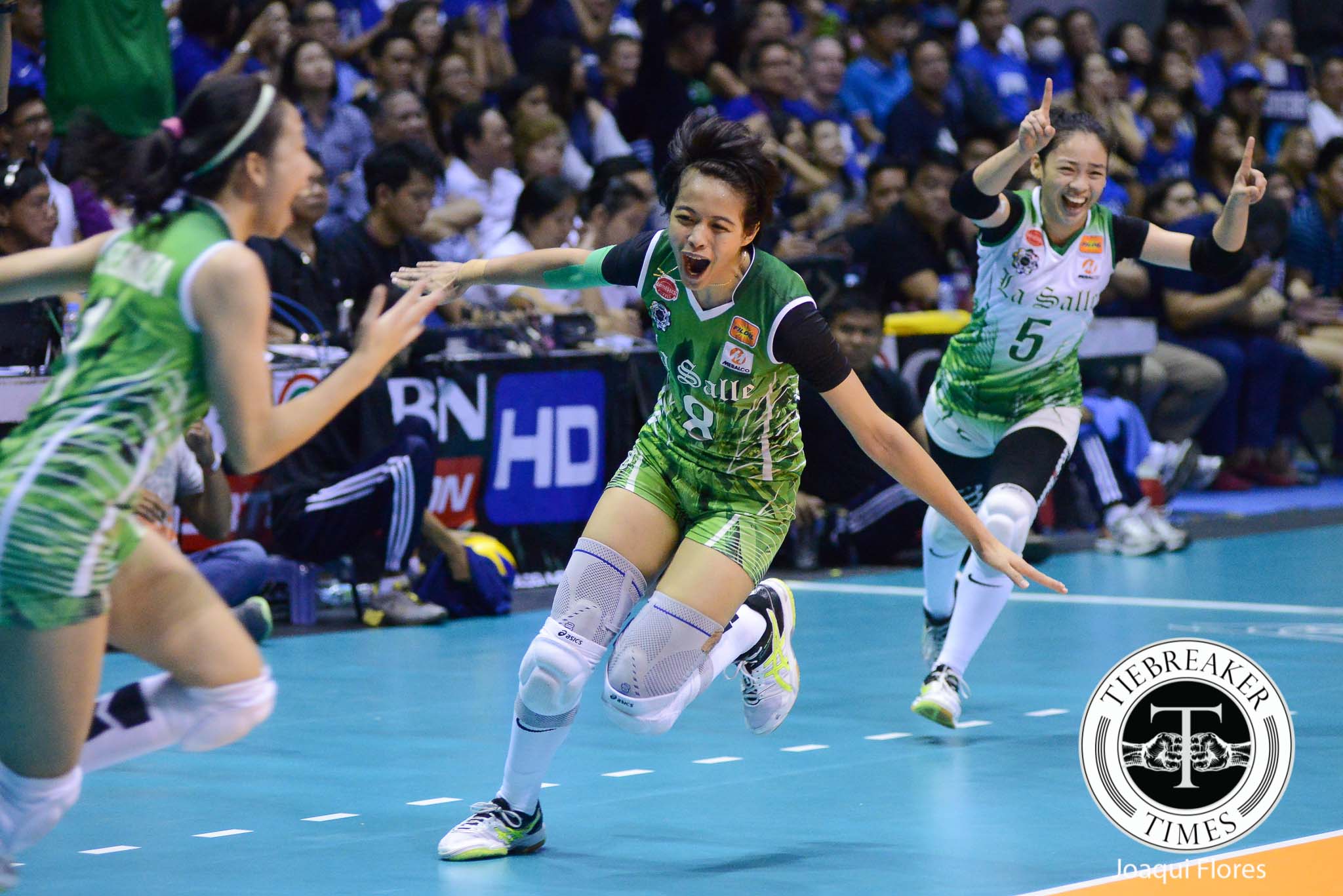 As the heaps of white confetti rained down on the historic Smart Araneta Coliseum in the De La Salle Lady Spikers’ championship clincher Sunday afternoon, it was definitely a surreal moment for the graduating Ara Galang.

Galang’s last three seasons with La Salle were really huge challenges. During Season 76, the Lady Spikers once again swept the elimination round and booked an outright trip to the championship round. Many have said that their Finals rematch against a rebuilding Ateneo team would be a mere formality and everyone believed that they would simply overwhelm them.

As the series went on, the unthinkable happened as the Lady Eagles overcame their thrice-to-beat disadvantage and gave La Salle a memory that they don’t want to remember. It was a collapse that they were eager to avenge.

Entering Season 77, everyone saw a younger La Salle team with Galang as the team captain. Despite losing the veteran presence of Aby Marano after graduating the season prior, La Salle’s game didn’t dropped as they ended the elimination round with a 12-2 record.

However, Season 77 was Galang’s most painful memory after she suffered a season-ending knee injury in their Final Four match against the NU Lady Bulldogs. La Salle still managed to advance to the championship round but Galang’s absence dampened the team’s spirits heavily. Without their top gun, Ateneo easily won back-to-back titles.

Now, after successfully finishing her rehab from that injury, Galang successfully redeemed herself in Season 78. Every time she stepped into the court, she used the thought of winning back the crown that eluded them for the last two years as motivation  to do better.

The season, still, was still as tough as ever for La Salle since UAAP volleyball has become more competitive than ever. La Salle had three losses in the elimination around against NU, ADMU and UST.

The FEU Lady Tamaraws also gave them a good fight during the Final Four as their twice-to-beat advantage was negated. There were a lot of times when the team was faced with tight situations, but they took the necessary steps to get over it.

And in their win over their rivals, Galang said that all the sacrifices, trials, successes and roadblocks were definitely worth it.

Galang also added that facing Ateneo in every championship match she played brought the best out of her. Knowing that she was facing an elite spiker in Alyssa Valdez, and the only way you can keep up with the phenom is by simply playing it all out.

With her UAAP volleyball career now over, Galang is forever grateful on how it transformed her as a whole. All the lessons she gained were well applied beyond the court. As she has repeatedly said, it was all worth it.