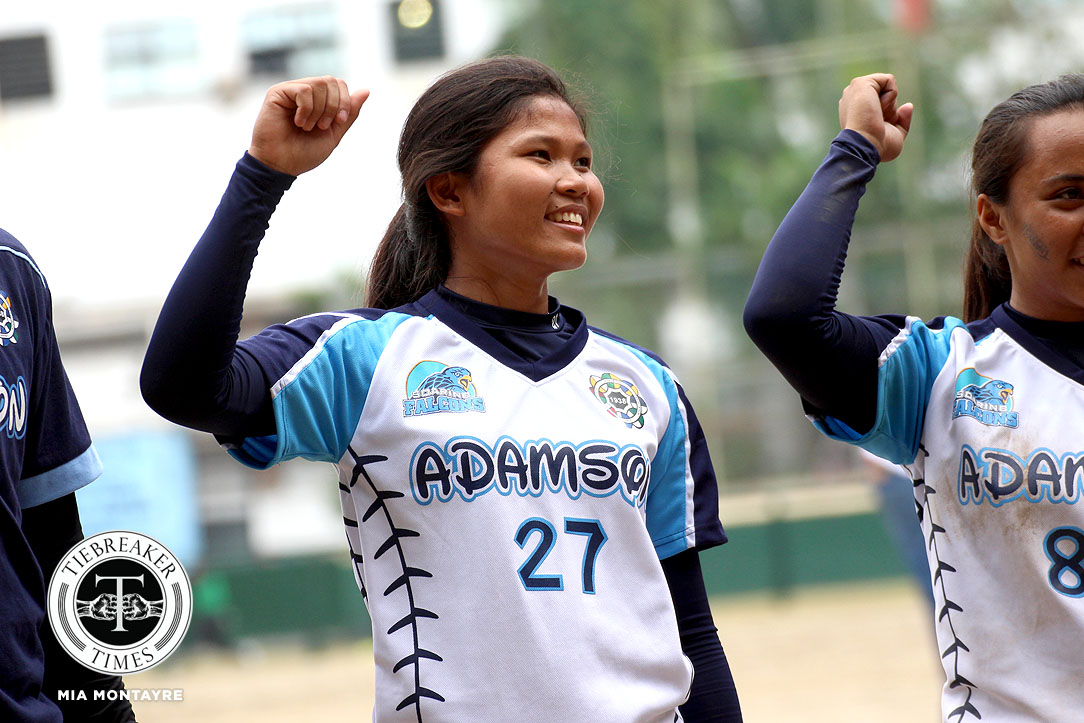 After experiencing their first loss of the season at the hands of the UE Lady Warriors last Monday, Adamson ace Lyca Basa and the Lady Falcons expressed their frustrations on the struggling University of the Philippines Lady Maroons, 8-0, Thursday afternoon at the Rizal Memorial Baseball Stadium.

The Lady Maroons had no answer for Basa, failing to get on base against her outside of a fielding error.

With Basa on-point, the Lady Falcons hammered Cochise Diolata and the Lady Maroons. After punching in a run in four of the first five innings, leading home run artist Jenette Rusia slammed her fifth home run of the season — a two run homer — to cap the bounce back win.

The win kept Adamson on top of the table with a 7-1 record. UP, a team that has lost six of their last seven games, fell to 3-6. 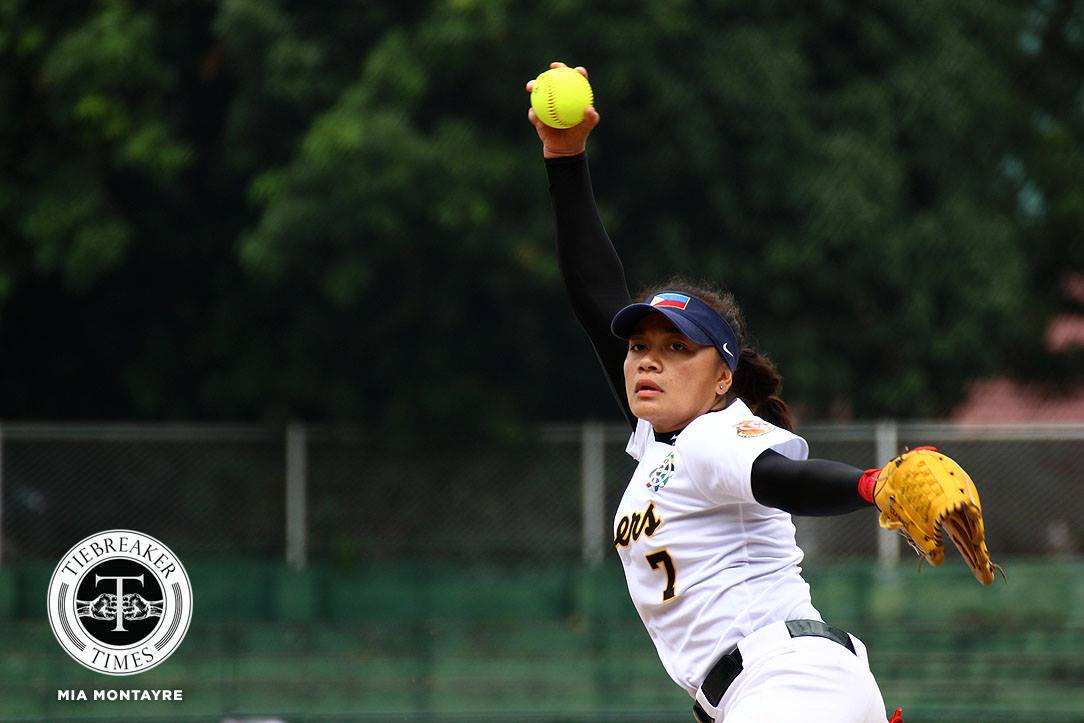 UST still sits at second with a 6-2 slate while the Lady Bulldogs dropped to 5-4.

NU was able to get on board first as Shaira Damasing took advantage of a catching error by UST’s second basewoman. UST though was able to get it back after back-to-back doubles from CJ Roa and Bianca Hernandez.

Hernandez capped her spectacular outing by putting the Tiger Softbelles up for good during the fourth inning by delivering a single that brought home Shiela Perales.

The rivalry closed out the day as the De La Salle University Lady Batters averted an upset at the hands of the winless Ateneo Lady Eagles, 6-5. 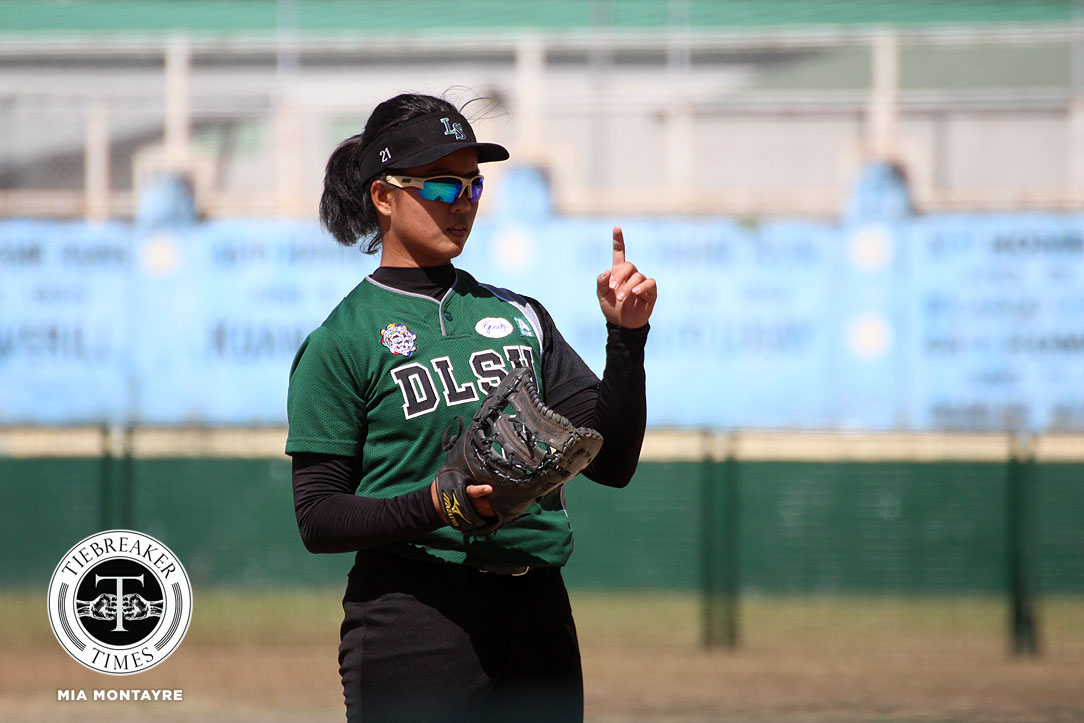 A huge four-run fourth inning put the Lady Eagles up 5-3 against the playoff-seeking Lady Batters. La Salle though answered right back in the fifth inning. A two-RBI single by Lalaine Cunanan was the go-ahead hit of the contest.

Jamica Arribas pitched all but 1/3 of the seven innings.

With the win, La Salle leapfrogged UP in the standings with a 4-5 slate for solo fifth.

On Saturday, the Lady Warriors take on the skidding Lady Maroons to open the day at 9:00am. The Tiger Softbelles will then continue their ascent against the Lady Batters while the defending champions close out the day against the Lady Eagles.