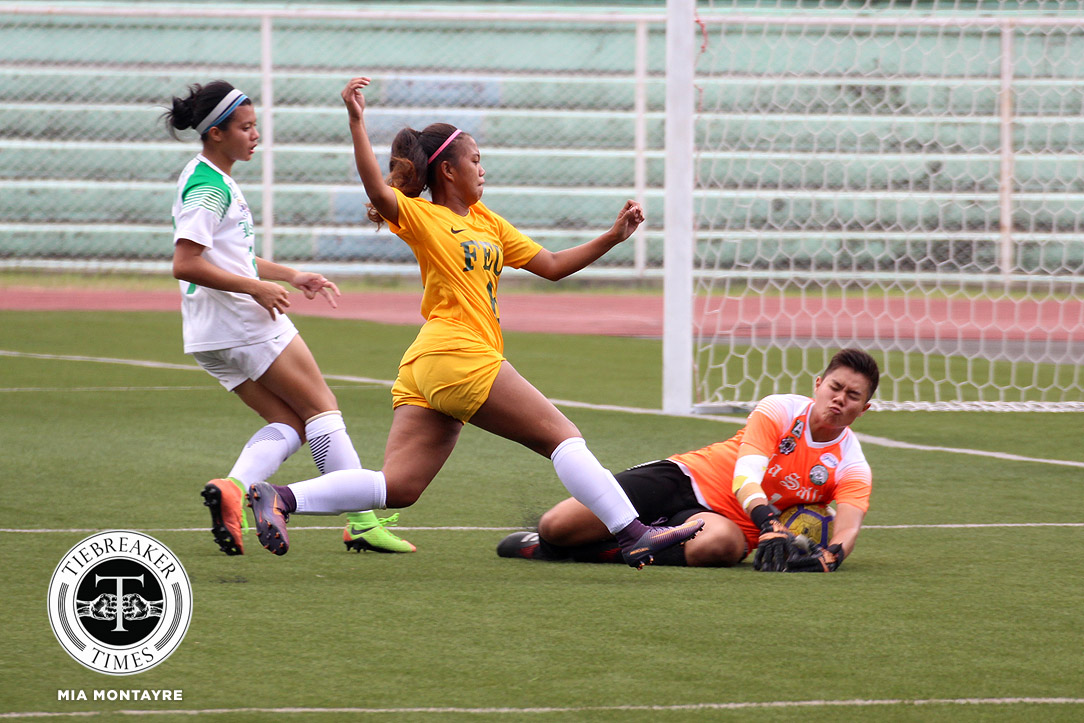 It wasn’t pretty, but the De La Salle University Lady Archers got the job done

The defending champions needed at least a draw against the Far Eastern University Lady Tamaraws to enter the Season 80 Finals, and the Lady Archers did just that with a 0-0 stalemate, Saturday morning at the Rizal Memorial Stadium in Manila.

La Salle ended the elimination round in second place with 16 points. On the other hand, FEU improved on their fourth-place finishes the past two seasons, as the Lady Tamaraws end their campaign in third place with 13 points.

FEU needed to beat La Salle twice in order to book a ticket for the Finals. Following a goalless first half, Lady Tamaraws skipper Jovelle Sudaria tried to ignite her side with a goal, but her attempt failed to threaten Lady Archers goalkeeper Natasha Lacson.

Sudaria then had another sniff at goal, which Lacson easily dealt with. At the other end, La Salle forward Kyla Inquig penetrated the FEU box and laid the ball off wonderfully for rookie midfielder Bea Delos Reyes, who squandered the opportunity.

Time ticked on for both schools to get that all-important goal. Inquig shot straight at FEU goalkeeper Kim Parina, while Shannon Arthur failed to hit the target with a free kick outside the Lady Tamaraws’ box.

The game’s dying stages saw Sudaria outsmart La Salle left-back Mariell Tejada, but the former failed to hit the target. When the full time whistle blew, it was the Lady Archers’ time to celebrate a return to the Finals.

“(The players) have more heart. That shows the true character. Nevertheless, I mean position-wise, no one’s playing their real position in the first eleven,” said La Salle coach Hans-Peter Smit. “From the 11 that’s playing, there are at least four who are not playing in their positions.

“They just have to cover up for all the players that were injured and dropped from the lineup. So we’ll see what happens (about) what they want to do in the Finals,” the decorated head coach furthered.

La Salle and league leaders University of Santo Tomas will meet in the Finals for the second consecutive year. The UAAP has yet to announce the details for the game. La Salle are gunning for their first successful title defense since Season 68, while UST hope to end a six-year drought.