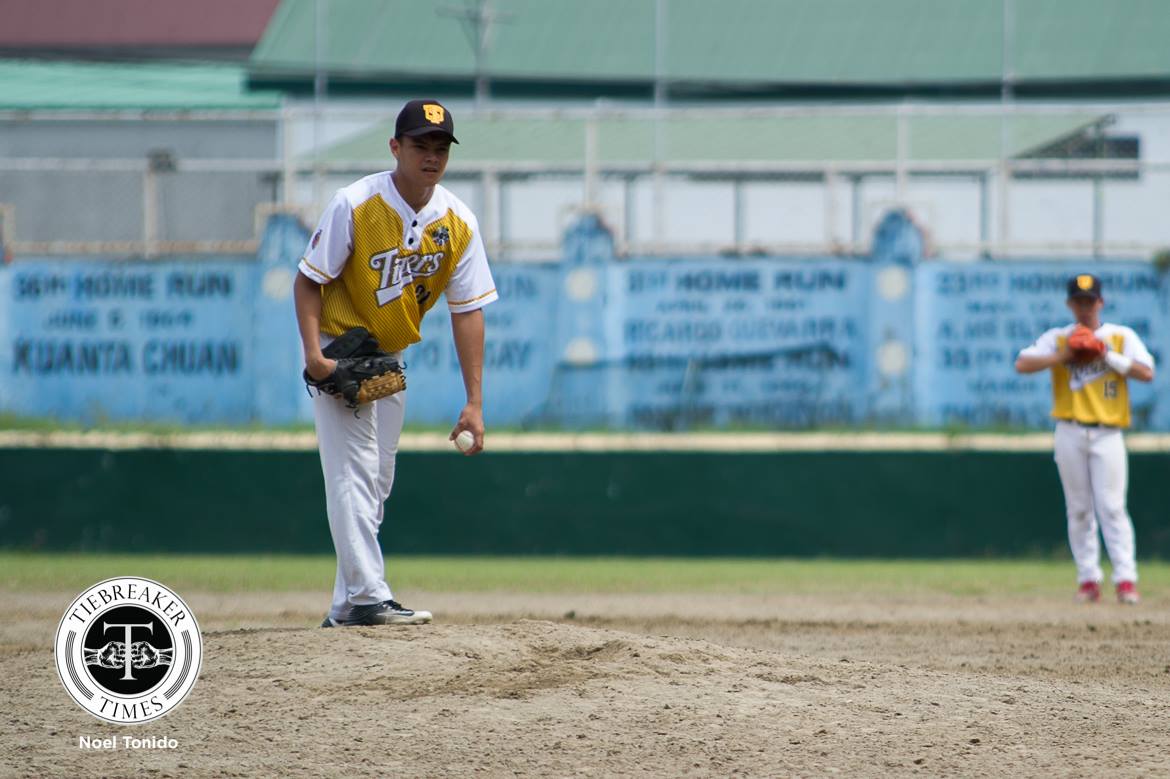 After gaining an imposing lead, the University of Santo Tomas Golden Sox let their guards down but were able to hold on, taking a 9-8 win over the National University Bulldogs, Sunday afternoon at the historic Rizal Memorial Stadium in Manila.

UST were up by as much as four runs, 9-5, entering the eighth inning. With Jackson Acuna — and, later on, Ian Llave — taking over the mound, Gio Martinez and the Golden Sox battered the NU defense.

Martinez went 3-for-4 at-bat, scoring two runs with two RBIs, while Alwen Calbang batted a .500, highlighted by a triple in the seventh inning that brought home Martinez.

NU were able to get two back at the bottom of the eighth inning, to cut the lead to just two runs entering the final frame.

A base hit by Christian Magtanong opened up the inning. A strikeout of the next batter and a single by Diniel Bautista moved Magtanong to prime scoring position. A sac fly by Floro Malit to left field sliced the lead to just a solitary run. Ron dela Cruz and the UST defense were able to hold down lead-off batter Jerome Tenorio to cling on to the win.

Tenorio and Keneth Ybanez paced the Bulldogs late, with the former making two RBIs and a run, while the latter had an RBI.