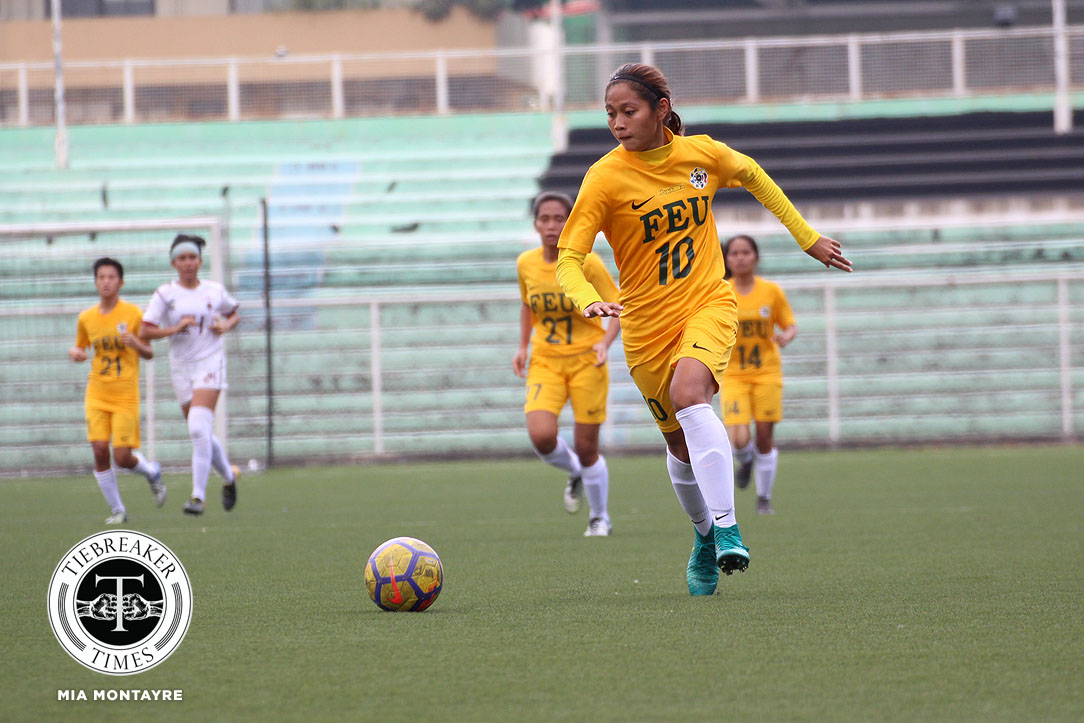 The only option a team has coming from a loss is to bounce back with a win. That is what the Far Eastern University Lady Tamaraws did and what the University of the Philippines Lady Maroons failed to do throughout the first round of the UAAP Season 80 Women’s Football Tournament.

Let Dimzon’s ladies bounced back from their narrow defeat at the hands of the DLSU Lady Archers with a come from behind 2-1 victory against the Lady Maroons, Saturday morning at the Rizal Memorial Stadium in Manila.

Just like in their previous games this season, though, State U allowed FEU to get back into the game. The Lady Tamaraws clawed their way back into the game and had chance after chance. It was only in the last minute of first half stoppage time when FEU finally broke through after Rhescy Bejic turned her marker and shot past UP goalie Vanessa Estrada for the leveler.

Bejic’s goal was just a sign of things to come for the Morayta school as the striker added to her tally with a header from a set-piece at the 53rd minute. The game then became a heated contest afterwards.

Three FEU players collided with Estrada and short scuffle ensued. Players from both sides were given yellow cards for their participation. That fracas wasn’t the only extracurricular activity in the period as FEU coach Let Dimzon was ejected by Bolina at the 73rd minute.

Dimzon, who was earlier cautioned for continuous complaining, was given her marching orders when she apparently banged the table of the fourth official. There was even an exchange of pleasantries between Dimzon and a UP fan when the latter came up to seat in the grand stand.

Nevertheless, Bejic’s double was enough for FEU to get their win of the season which puts them back on track for a finals ticket. On the other hand, State U was dealt its fourth loss of the season and a return to the Promised Land looks all the more unlikely for the Lady Maroons.