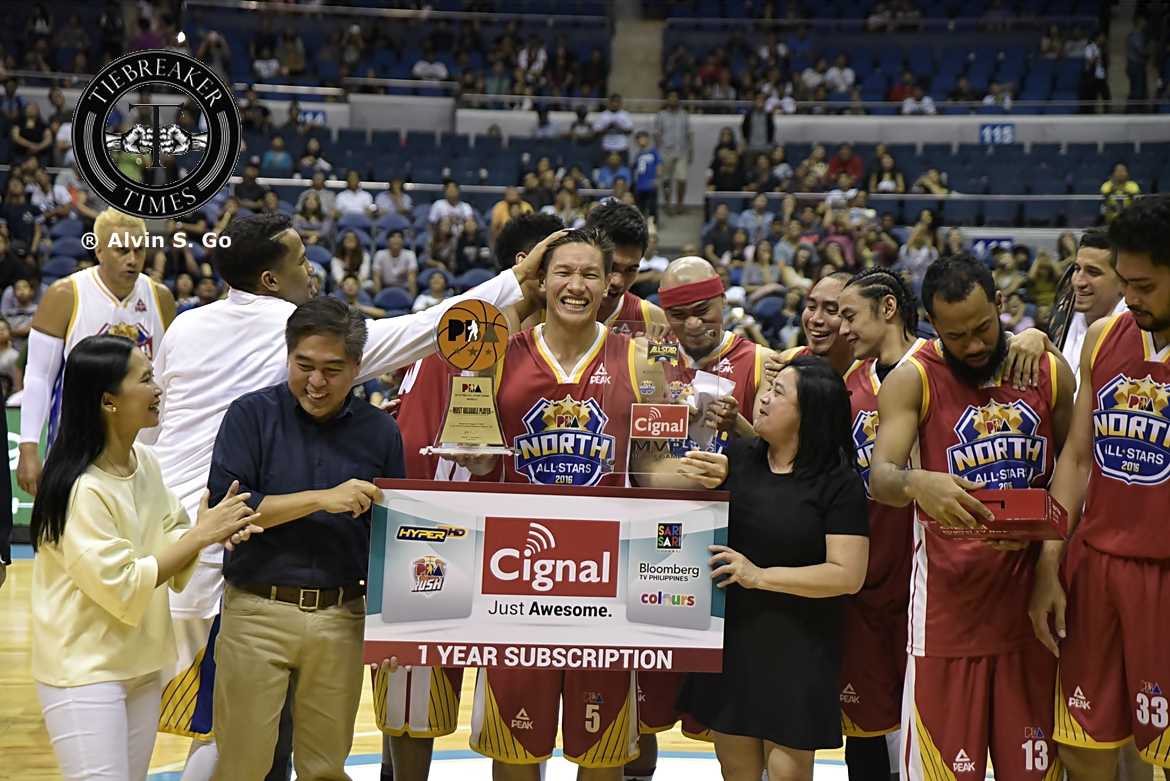 In the most-awaited match to cap the PBA weekend festivities in Manila, the North All-Stars came up as winners over the South team in the 2016 All-Star game, 154-151 in a thrilling and eventful Sunday night at the Smart Araneta Coliseum.

San Miguel Beer’s Alex Cabagnot was named as the All-Star Most Valuable Player, finishing with a game-high 29 points and five rebounds. Terrence Romeo scattered 25 points and four threes to aid the North team.

“I just wanted to have some fun with my teammates. It’s a pleasure to be on the court with these guys. Thank you for all the fans it was a long and fun weekend and everybody’s the MVP.” Cabagnot said.

The Northern All Stars looked to bag the game with two minutes left, as the led by nine at 152-143. However, South had one last rally behind June Mar Fajardo’s four straight stabs from the inside to make it a one-point game. As defense picked up in the last stretch, Paul Lee missed a layup but Troy Rosario provided a critical putback to restore a three-point lead with 5.7 ticks left.

Looking for one last shot to extend the game, South opted for a three but Jeff Chan failed to convert on the final attempt.

In a stuffed stat-sheet match, South drained 17 triples, but got bullied by 102 points in the paint from the North.

The teams showcased their side talents in a dance showdown prior to the game. The South was named the winner of the entertaining dance-off led by Star Hotshot Joe Devance.

The Governor’s Cup will resume on Wednesday at the Big Dome with the battle between Meralco (2-2) and Rain or Shine (2-1), to be followed by Ginebra (3-1) versus Blackwater (1-2).