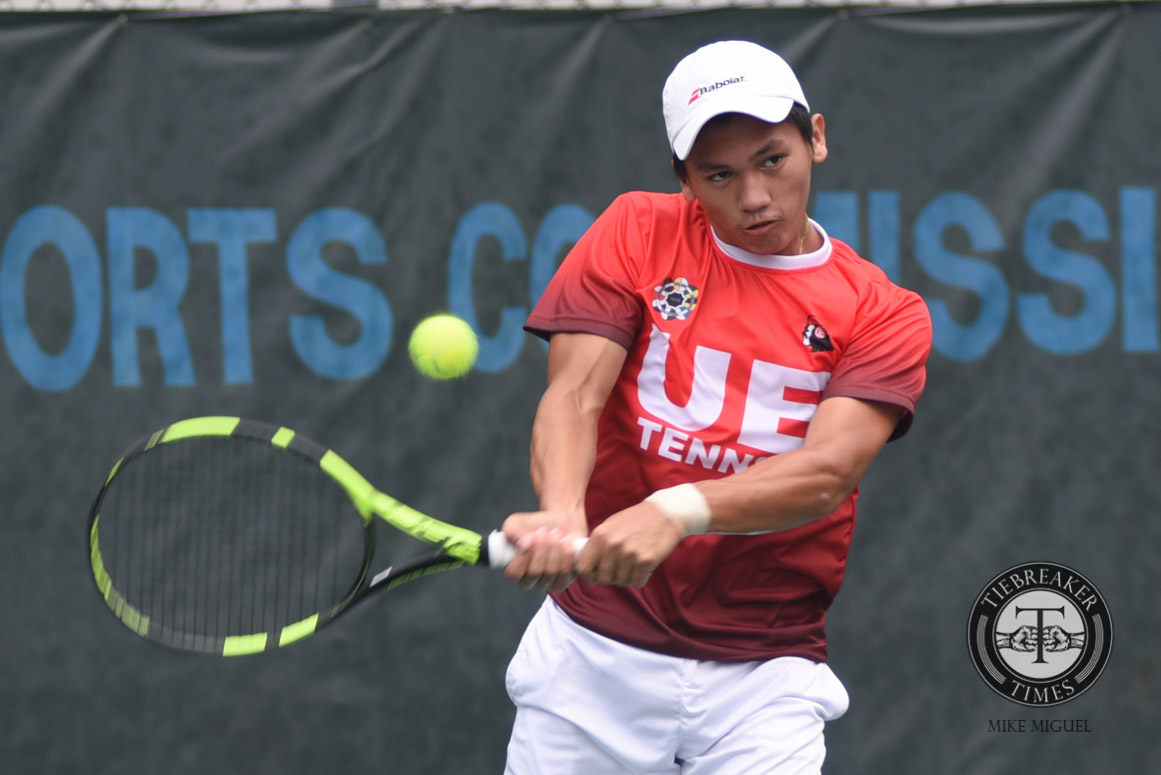 It took a better-conditioned Josshua Kinaadman for the fancied University of the East Red Warriors to stay unbeaten.

The veteran-laden Recto squad pulled off a come-from-behind win over the gritty University of Santo Tomas Male Tennisters, 3-2, and snatched their third straight win of the season, Wednesday at the Rizal Memorial Tennis Center.

The Thomasians were visibly inspired after a huge win against the defending champions National University, as they played well to take the 2-1 advantage.

After Rodolfo Barquin Jr. put the Warriors up with a sweep of James Sumaylo, 6-0, 6-0, UST registered two straight wins in the two doubles matches.

The winner of the tie thus boiled down to the two singles matches. The atmosphere in either sides of the Center was a stark contrast in terms of audience.

In the more calmer Court 1, second-year Thomasian Dave Mosqueda gave AJ Lim his second straight acid test, before the national team member pulled off the win in two, 6-4, 6-3, in the second doubles match.

As Lim and Mosqueda have battled in that tight opening set, Francis Lanzado threatened to get theirs at 5-4 in the third singles match over Kinaadman in the noisier end of the venue.

The third-year Red Warrior then pushed through and stole the set at the tiebreak in front of the sizable crowd.

Nonetheless, Lanzado bounced back in that second set at another tight sending some urgency on his opponent in the following frame.

On the other side of the court, Lanzado has started to cramp up after overhauling the deficit. The UST junior shared, “Inisip ko lang [na] gawin ko lahat eh. Pero nung nahabol ko na 5-3, yung katawan ko bumibigay na eh.”

Lanzado fought hard but could barely keep up, as Kinaadman and the Red Warriors sealed their third consecutive victory in dramatic fashion.

The hero Kinaadman also shared that the team are really motivated to win it all this year. “Nagsisikap kami sa training. Work hard lang lagi,” the Red Warrior said.

The Red Warriors (3-0) will try to continue their hot start when they face the new breed of reigning champions National University Bulldogs (1-1) on Saturday, February 25. The Male Tennisters (1-1) will look to bounce back against the De La Salle Green Archers (1-1) that same day.