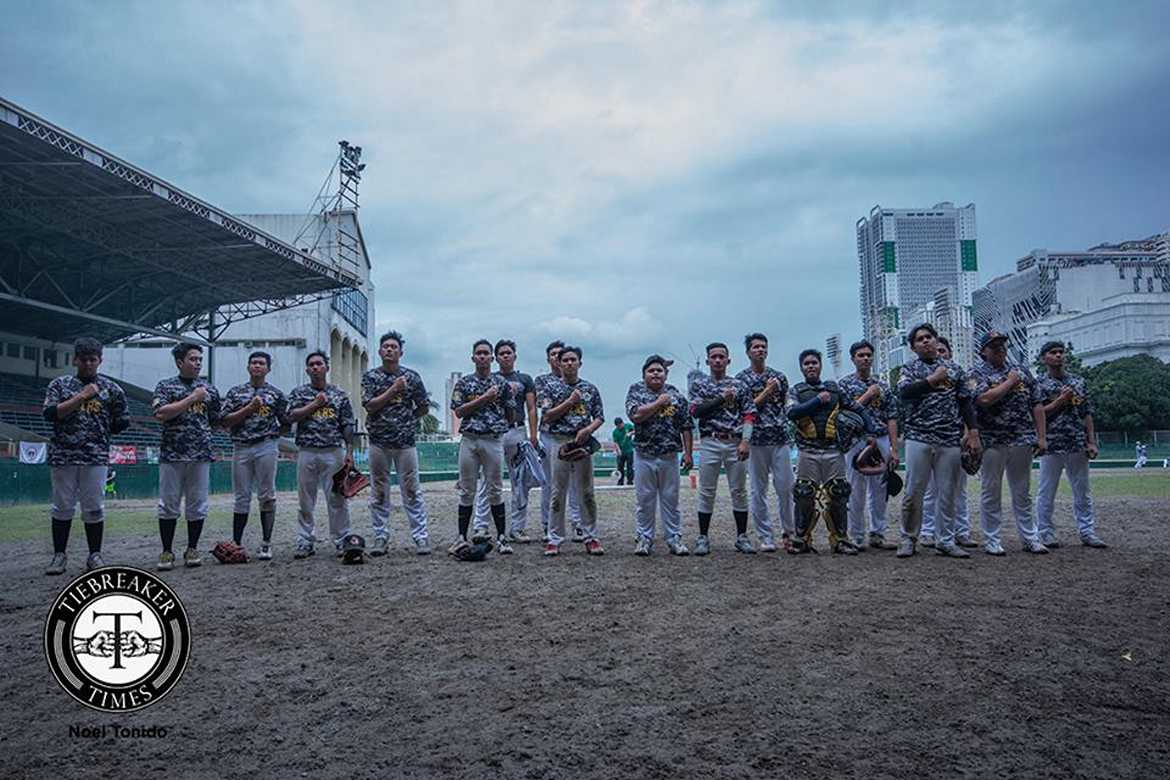 Following wins over the DLSU Green Batters and the Ateneo Blue Eagles, the Adamson University Soaring Falcons were on a high as they rode a three-game winning streak. However, the University of Santo Tomas Golden Sox had plans of their own, sending the Soaring Falcons crashing back down to earth after taking a 20-4 abbreviated seventh inning win Sunday morning at the Rizal Memorial Baseball Stadium in the city of Manila.

The win sends UST rocketing to a 2-2 slate. A win against UP on Wednesday will force a three-way tie with Adamson and La Salle. And it was their offense that carried them as they connected on 14 hits, slamming reliever Christian Maigue (2-2) and the rest of the Soaring Falcons pitching staff.

Leading the bombardment was Elijah Pagkaliwagan, picking up four RBIs and two runs on 4-of-5 at bat. Jayrome Kimilat added four more runs while driving in three as he was an efficient 2-of-3 at bat as well.

After going down 3-0, the Golden Sox offense clicked during the second inning sparked by a solo home run by Kirk Daquis. Starting pitcher Raymond Nerosa and Maigue could not find their touch as UST was able to score six more runs in the inning.

UST punched in 13 more runs, including four in the fifth inning and three each in the final two innings to lambast the Soaring Falcons.

John Benedict Pedracio and Alwen Calbang had 2 RBIs as well.

On the other end, lefty pitcher Lesmar Ventura (2-1) allowed four runs on four hits during the 2 1/3 innings he pitched while reliever Max Mercado shutout the Soaring Falcons the rest of the way.

The Golden Sox will finished their first round campaign on Wednesday, February 22 when they finish their game against UP.