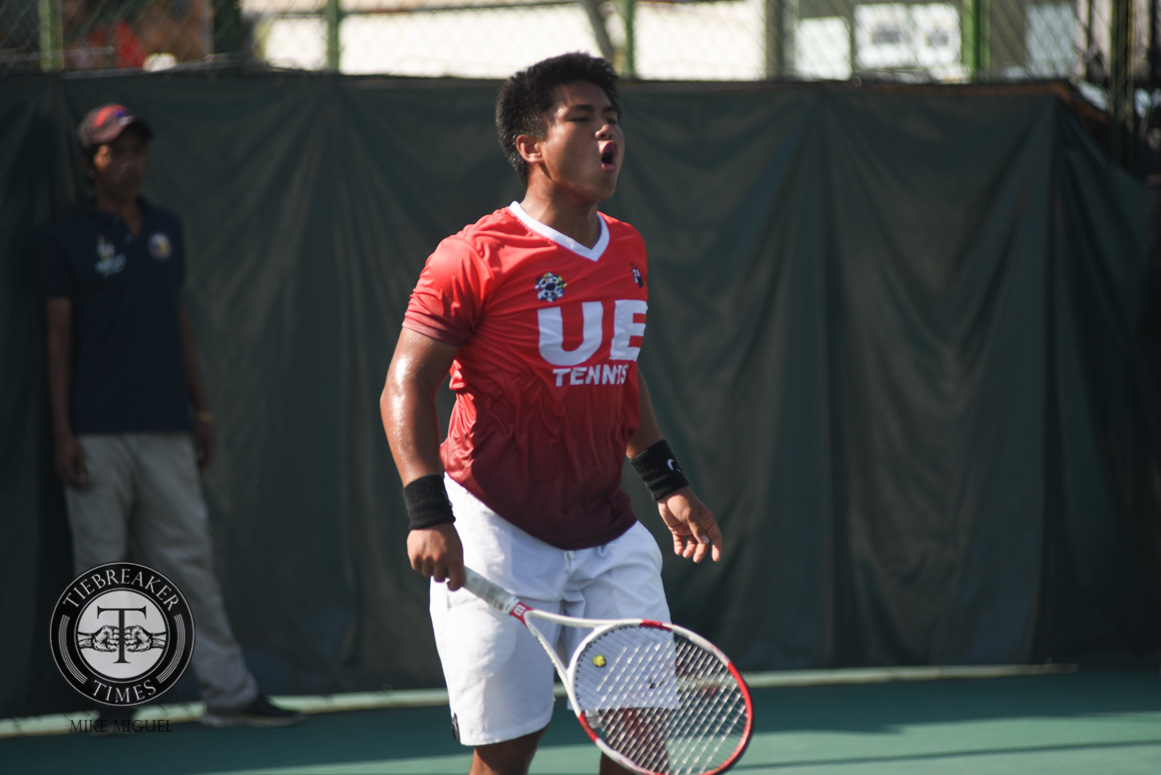 Behind the spotlight given to UAAP’s televised sports, the tennis tournament has had its fair share of phenoms

The sport has seen an influx of teen sensations who have made an immediate impact on their first (and to some, only) year in the league. Some even stamped their class with undefeated records, such as Season 76 Rookie of the Year Jurence Mendoza and Season 74 awardee Leander Lazaro.

Thus, it is no surprise to have the current top juniors player in the country bulldoze his opponents. Alberto Lim Jr. is no stranger to high expectations.

The 17-year-old was, they say, the missing piece of the University of the East’s title aspirations. And after 12 ties, he indeed fulfilled the promise.

The championship is but the fruit of the hard work put in by the team’s coaches, headed by Numero Lim, AJ’s elder brother. And for the younger sibling, it was a sigh of relief.

By doing one better than Mendoza and Lazaro — taking the title along with his team — Lim Jr. walked away with the Most Valuable Player trophy.

Nonetheless, between now and the decision of whether or not Lim Jr. moves on to the States, there is more to be done. He laid down his plans and said, “May Davis Cup ako sa Thailand. Mag-start na ako ng professional career ko. Hopefully, masali pa rin ako sa Grand Slam sa juniors.”

All of this depends on his bosses’ decisions, especially on a possible stint on the 2017 Southeast Asian Games.

The promise of the first title might have been fulfilled, but the bigger promise presented by the talent of the tennis Red Phenom has just begun.