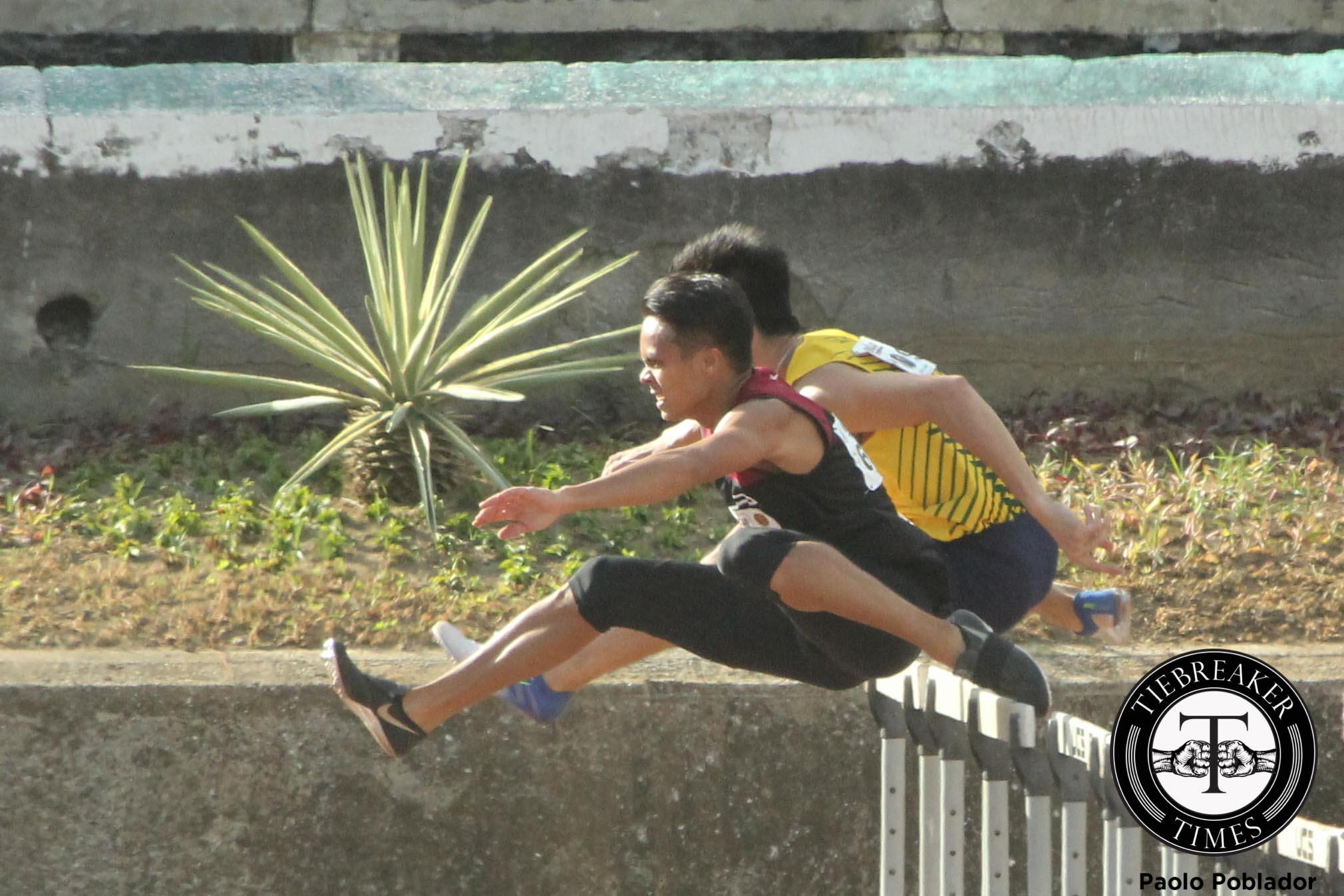 There were a lot of ups and downs for each team in this season’s track and field tournament. But it is the team that can make the most out of the situation regardless of what happens that will come out on top. It was this that defined the Far Eastern University’s (FEU) season as they maintained their lead from start until finish of the five-day competition to come out as the eventual champions with 394.5 points.

FEU’s dominance saw a 100-point difference against second-place finishers, the University of Santo Tomas, whose rally for the championship never once faltered in the competition. The University of the Philippines (UP) improve this year by continuing their point-earning tactics from last year and scoring significant points in some events despite taking painful blows to their stronghold in the throws. UP sit at third with 213.5 points, beating fourth-place finisher and last year’s second-placed De La Salle University (DLSU) who almost had it with 210 points.

The last sprint event of the competition was the 110m hurdles. Going into the heats, FEU’s Clinton Bautista was set to be the favorite to win the medal. Incidentally, he was also already seeded to be the league Most Valuable Player.

Bautista comfortably left the pack in the dust, clocking an easy 14.95 seconds. Coming in second was last season’s UAAP high school champion Alvin Vergel from DLSU with 15.32 seconds. Trailing behind Vergel was his long-time rival Jaime Mejia of UP with 15.53 seconds.

The hurdlers had one hour before the finals. During that time span, the 1500m was center-stage. 800m champion and 1500m defending champion Elbren Neri held a commanding lead over the rest of the pack, clocking 3:57.22, achieving middle distance dual gold. The only other runner to dip under four minutes was 3000m steeplechase gold medalist Jomar Angus, with 3:58.32 to show. Trailing far behind was Erwin Parcon of DLSU, who happily settled for the bronze medal with 4:02.32.

With the track finally clear of the distance events, the 110m hurdles final was finally set in motion. A re-run had to be conducted after the first gun start since the starting blocks in lane eight were faulty. In the second gun start, nobody showed signs of fatigue or frustration, and most hurdlers cleared the hurdles with composure. At first it was the fast-approaching Mejia who held a marginal lead over the rest; however, Bautista showed that he could go over the barriers quicker after reaching top speed by the fifth hurdle and overtaking everyone.

Bautista won gold with an easy 14.88 seconds to secure his chances of winning league MVP. Vergel overtook his long-time rival after sprinting to the finish line off the tenth hurdle with a time of 15.20 seconds. Mejia fell short as fatigue started to show, and only managed to clock 15.25 seconds. Decathlon champion Ian Delos Santos held on behind Mejia and Vergel, but ended up trailing behind them for the most part as he clocked 15.58 to end the race.

The last event of the competition was the men’s 4×400 meter relay. There was much excitement around the oval as this was the last chance for each team to earn a medal. Coming in to defend their crown was the relay team of Ateneo de Manila University (ADMU), composed of Michael Ruiz, Miguel Guevara, Joel Magturo, and Henry Gonzales. The only person who was replaced from ADMU’s line up was last year’s anchor Miguel De Jesus.

The time to beat was ADMU’s time last season of 3:21.03. FEU’s top runners in the 400m decided not to run, with William Galceran, Bautista, and Delos Santos sitting out on the last event, having already secured their championship hunt at this point.

From gun start, it seemed as if the pack between ADMU, DLSU, UP, and UST would be hard to break. Coming into the third leg for all teams, it was UP’s Mejia who burst forward to try and give Gabriel Soriano a good lead to clinch gold. However, 400m champion Michael Del Prado’s shone again as he sprinted clear and gave DLSU the gold in the last event with a time of 3:19.69, finally returning the gold medal to their school after three long years.

The last throwing event of the competition for the men’s division was the hammer throw. To no surprise, UP showed clear dominance in the event after Fel Quetulio threw a massive 48.20 meters to clinch the gold medal. A clear 1-2-3-4 finish would have been nice for UP if it hadn’t been for DLSU’s defending champion Mat Crespo, who just trailed Quetulio after throwing 44.02 meters, improving on his throw last year of 42.77 meters. These were the only 40+m throws.

Winning bronze was Quetulio’s teammate Geoff Rodriguez with 37.17 meters. Coming in at fourth and fifth were teammates Michael Baguisa with 36.89 meters and Martin Yuzon with 34.90 meters.