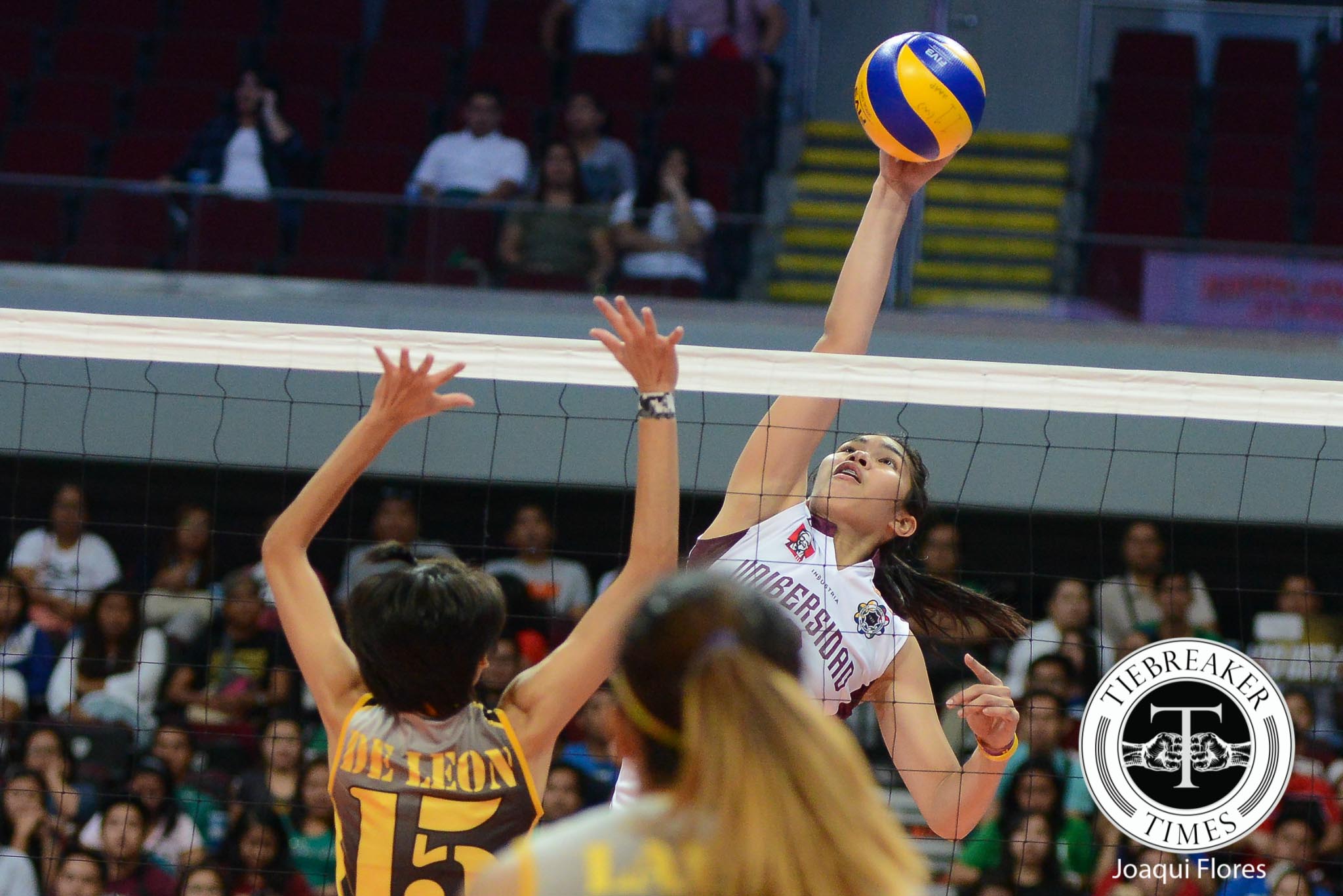 Bucking a slow start, the University of the Philippines Lady Maroons inched closer to a momentous Final Four appearance after defeating the University of Santo Tomas Tigresses 17-25, 25-21, 25-20, 25-20 at the SM MoA Arena.

Playing her final match in the UAAP, Mela Tunay sparked her Tigresses to a magnificent start. She scored four times in UST’s opening 8-4 salvo. The Lady Maroons’ solid defense got to them to within two at different points in the set. Their reception, however, took a major dive, giving UST the chance to inflate their lead through service aces. After back-to-back Alex Cabanos aces, UST had a 21-15 lead and he set well in hand.

UP seemed primed for another let down in the following set as their reception again faltered, allowing UST to take an 18-14 lead. But it was the Tigresses’ turn to collapse. With Isa Molde serving heavily, UP went on a 7-0 run to hijack the lead. Cherry Rondina kept UST within striking distance, powering home three straight kills to toe the set at 20. After a UP block, rookie Justine Dorog put UP on her back, subbing in and serving two aces then coaxing a free ball. Diana Carlos then crushed an attack past two blockers to give UP its first set.

Mirroring the second set, UST again surrendered a substantial advantage in the third set. Ahead 18-14, the Tigresses suddenly could not pass Jewel Lai’s serves. UP shot up to a 20-18 lead forcing a UST timeout. But the Lady Maroons took all the momentum and secured the set through solid serving and blocking.

The Lady Maroons then valiantly fought off UST in the fourth set. Building an early four-point lead, 13-9, UP grabbed the the rallying Tigresses by the claws and wrestled them to submission. UP’s rookies provided the finishing touches to the momentous win.

Ag 8-6, UP earned at least a playoff for the last Final Four spot. If NU loses against La Salle on Wednesday at the FilOil Flying V Centre, UP makes the semis outright.

UST ends their season out of the Final Four for the third consecutive season with a 5-9 record.

End of an Era: Pacquiao achieves one last milestone