Ateneo De Manila University Lady Eagles assistant coach Gely Tiu has been part of the squad for eight years now. While players come and go, some decide to stick around as team managers or coaches. Tiu had decided to follow the path of the latter. Her passion for her alma mater and football turned her into a solid goalkeeper into a coach.

However, all things must come to an end, and it did so for Tiu and many others after the UAAP Season 78 Women’s Football Tournament where the Lady Eagles finished in 3rd place. “Third place was our minimum really and to reach third was good but then we knew (the players) could make it to Finals. It was just probably a lot of things, a lot of factors that went wrong or not in our direction that caused us to make it till third but then at that rate we were still barely for third so it was a really emotional roller coaster for us” was how Tiu summed up her squad’s campaign.

For Tiu, the one factor that had hindered the Lady Eagles was their lack of mental toughness.

“They’re still young for me. It’s a big blow for them if they get scored at. They really have to develop that mental toughness in them. Since they’re still young, all of them are very raw and they’re coming from high school teams that are really once you score a goal, that’s it, you’re a winner. Right now it’s not the case. They need to adjust to the UAAP level of competition.”

While the transition from player to coach can be rough, Tiu stated that it wasn’t difficult since she had already been given a managerial role when she was the captain in her final playing year. She elaborated, “The hardest part is drawing a ling with the players I was teammates with. I actually reached until the batch of Isay Sabio and Nona Amoncio. Their batch was still actually my teammates and for them to actually call me coach it’s very different but then I think it’s that respect that we have for each other that actually made it work. The transition wasn’t so hard. It was very smooth.”

Despite being a goalkeeper, Tiu’s love and passion for the Lady Eagles has helped her transcend her former playing position. Former goalkeepers tend to train their successors, but Tiu has broken that stereotype in her role as part of the coaching staff. “I don’t see myself as more of a goalkeeper coach technically because when it comes down to it at our trainings, I’m usually the one who handles their conditioning training, the warm-up part. Aside from that, I think it’s more the fact that I also am the one that coach Bob (Manlulo) gives a certain role to which is to really be that connection between the players and coaches.”

That role was evident throughout the season with how active Tiu was at the sidelines. “With Coach Bob, we have this understanding of what he wanted to happen and it’s the same goal I wanted to happen”, she said. “Some of them were really my teammates also and even as a coach I have a good relationship with the players so for me to see them not being able to perform at the level I know they can, it’s frustrating. All I can really do is shout at the side,” she added.

Once third place was secured, though, Manlulo, Tiu and others from the current coaching staff had to make their farewells. Tiu shared, “Honestly we actually knew they could make it to Finals. We actually didn’t want this to be our cap already. It was more on I’d say it’s really we feel like these players would want to have another perspective. We want them to make it but management-wise, we may need to step back a little. Give them some breathing air. Maybe come back in a year or two but for now it’s really parang breakup [laughs], we need a little bit of space.”

In the end, Tiu felt that her eight-year run with the Lady Eagles was a fulfilling ride, albeit with some tinge of sadness. Nevertheless, she didn’t close the door on a potential return. “Very emotional year especially because I wanted to really get a Finals for Ateneo for the first time which was something I didn’t get to do while I was playing. That was my unfinished business here. Sad that I didn’t get it but I have been set to leave once I finish my master’s degree. I’m gonna finish already so I really told them I’m gonna resign for now but then we’ll see in the future because we never know if push comes to shove, they can really push me to stay. For now that’s how things are looking”, she ended.

When all was said and done, Tiu still had a lot of work to do in Football. She talked about her positions in the Ateneo Football Center and that how she and other former UAAP players are forming a team which will compete in the Pinay Football League. Even if the Lady Eagles may not have made the Finals this season, they will inevitably make it one day. When the time comes, expect Tiu to watch her successors play. Who knows? She might even be head coach then. 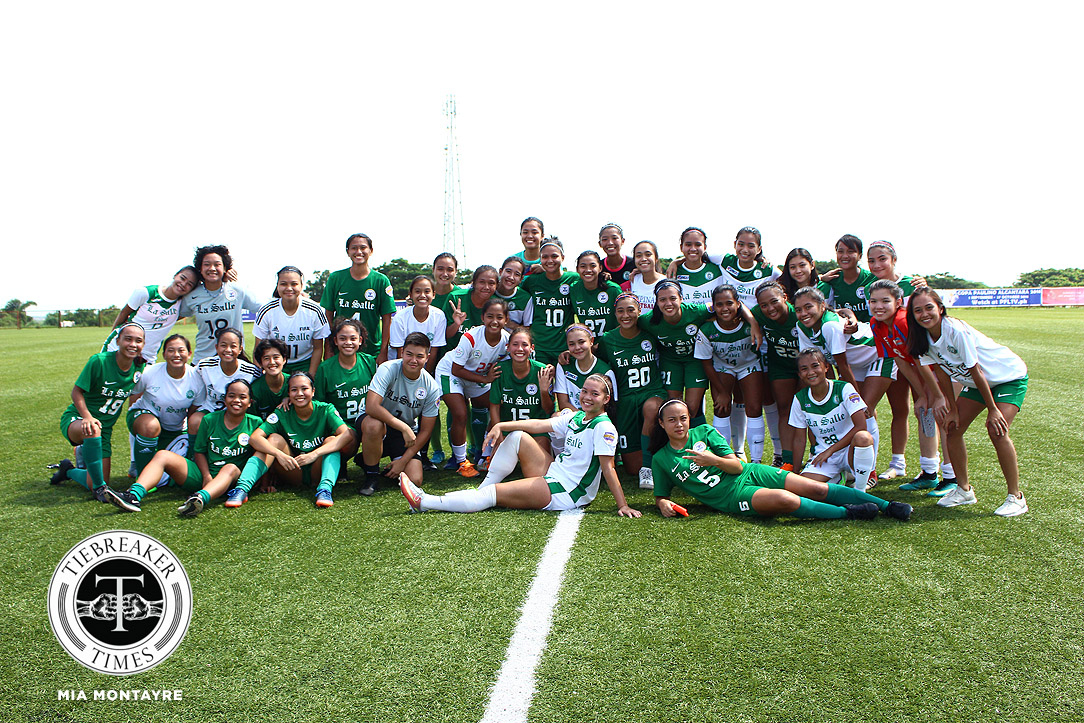 De La Salle University piled on the pressure at league leaders University of Santo Tomas after a big win closed a significant gap in... 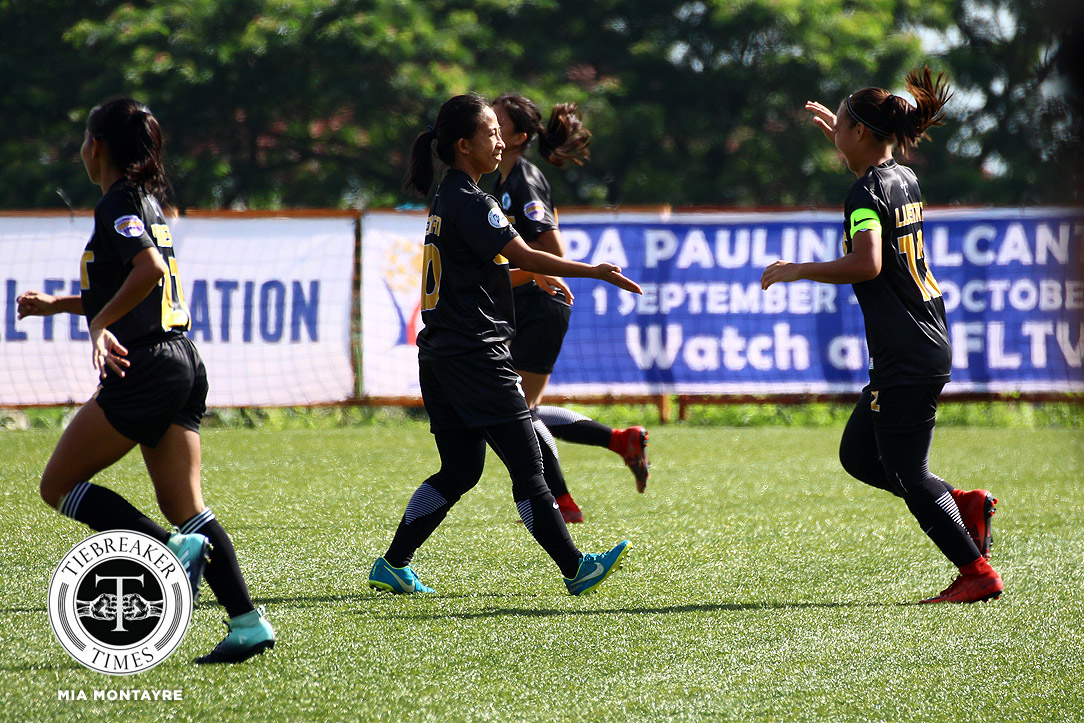 The PFF Women’s League resumed last Saturday after bad weather forced an entire weekend’s worth of matches to be cancelled the previous week. The... 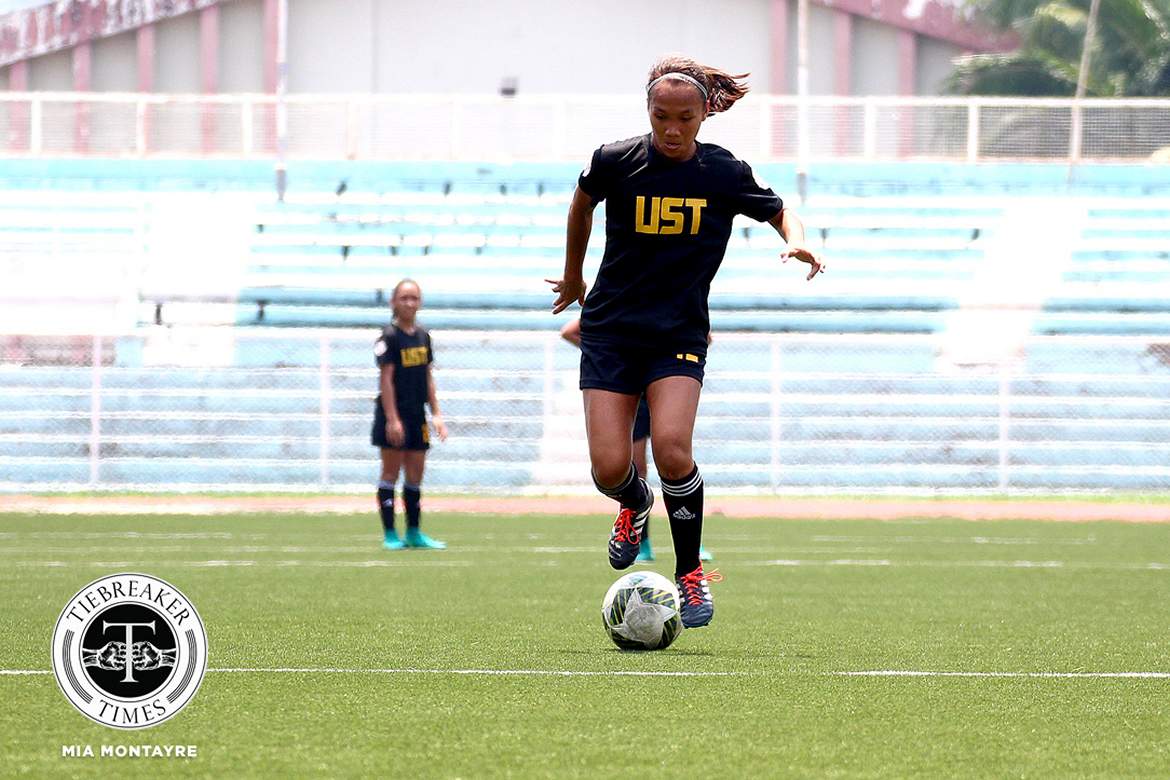 Onrubio game-winner prolongs FEU’s momentum with 2-1 victory The Far Eastern University Lady Tamaraws are enjoying an undefeated run since the end of the... 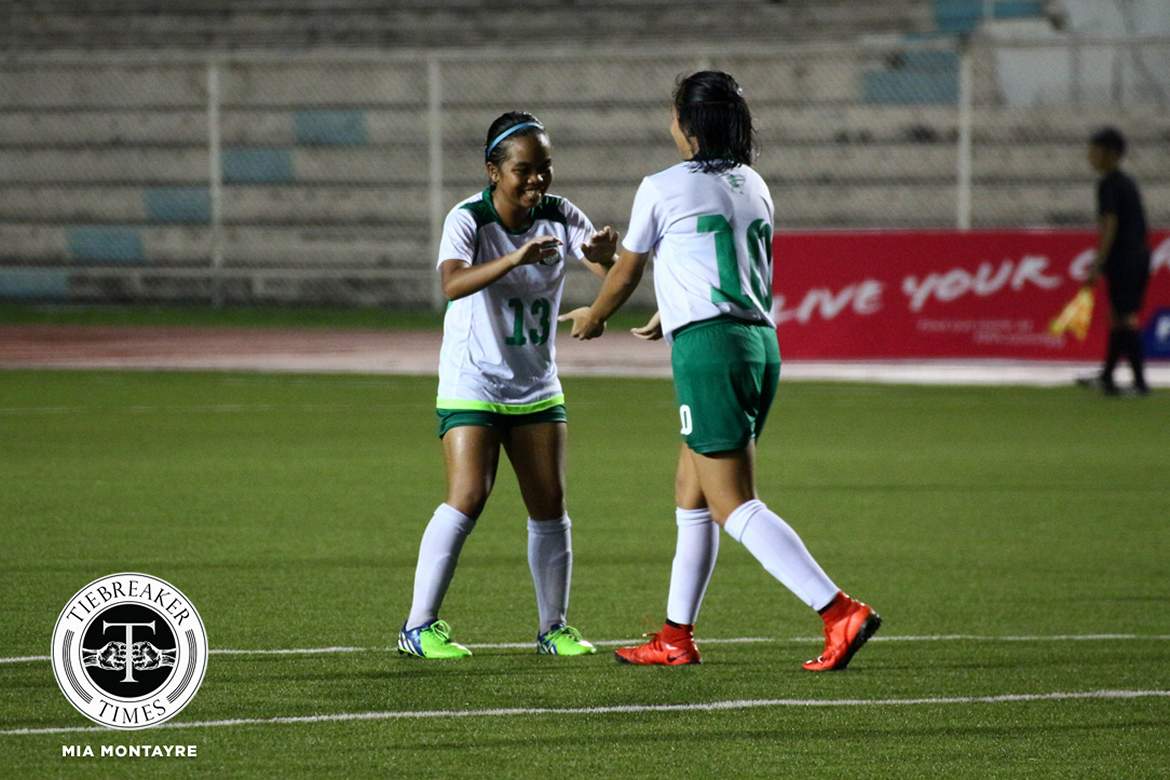 PFFWL Roundup: Back-to-back wins in one weekend for Hiraya FC and GAU FC

The Far Eastern University punctuated their climb in the standings with a 4-2 triumph over the University of Santo Tomas. FEU look to improve their football...