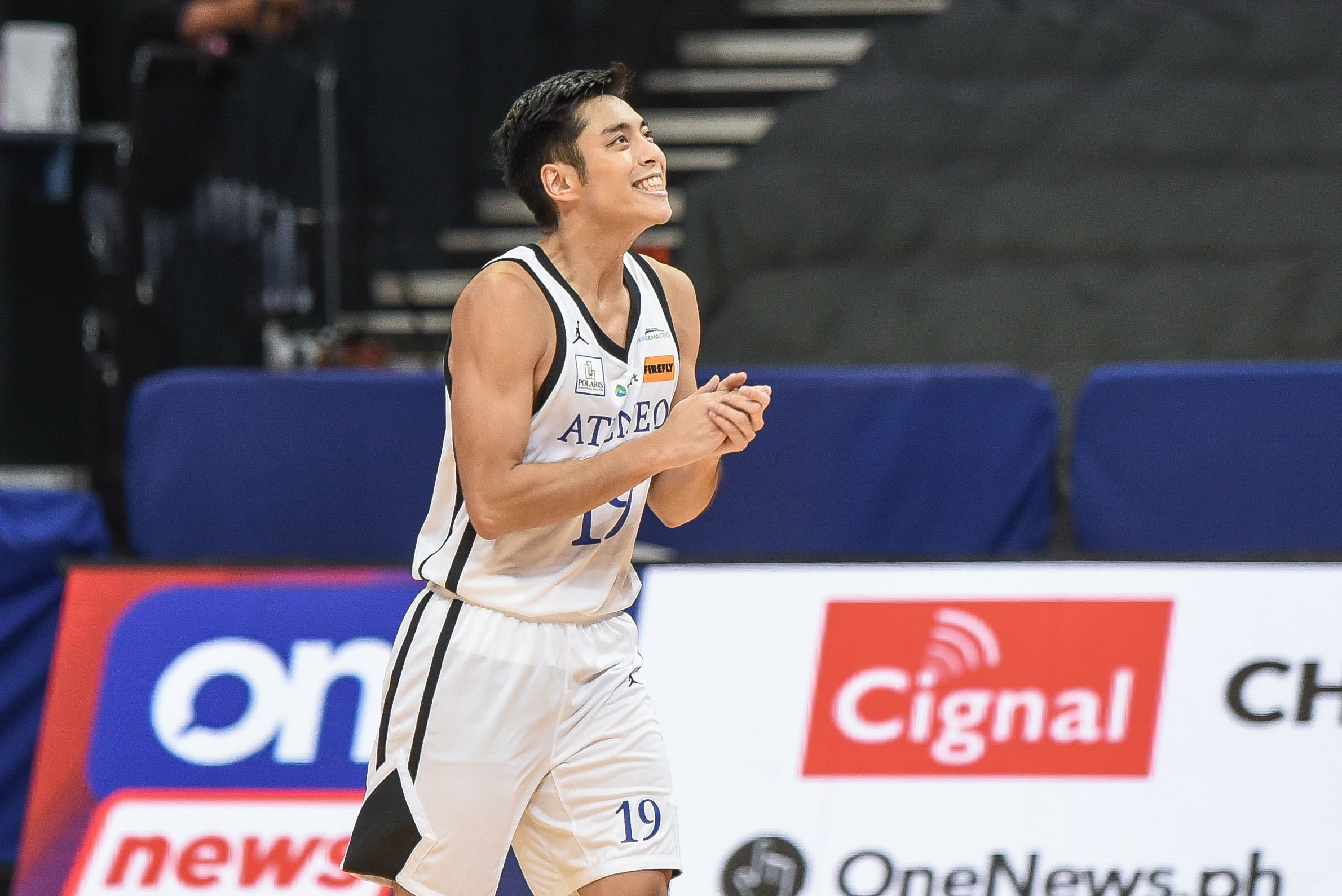 Tio, who had 20 points, three assists, and two rebounds, extended the Blue Eagles’ lead to as much as 82-58, Ateneo’s biggest of the ballgame, courtesy of a floater with 7:58 remaining in the contest.

The result allows Ateneo to sweep the first round with a 7-0 record and extend its winning streak to 33 matches while UST does so with 2-5.

Beforehand, the Blue Eagles enjoyed a hot start to the contest as the scorelines read 50-30 off Matthew Daves’ basket at the deep in the second quarter.

Come the third quarter, UST was able to execute a 9-0 run early in the period behind baskets from Nic Cabanero, Sherwin Concepcion, and Joshua Fontanilla to trim the deficit to 43-50, only for Ateneo to retaliate as Gian Mamuyac’s five straight points allowed the Blue Eagles to end the period 74-58.

“UST has always been like that,” said Ateneo lead assistant Sandy Arespacochaga. “We gave up 80 points. That’s a little bit too much for us. We’re happy we came out with a win.”

“We have a lot of lessons that we can learn from in the first round,” added Arespacochaga. “The key is we improve heading into the next round. We’ll watch tape and we’ll prepare for our next opponent.”