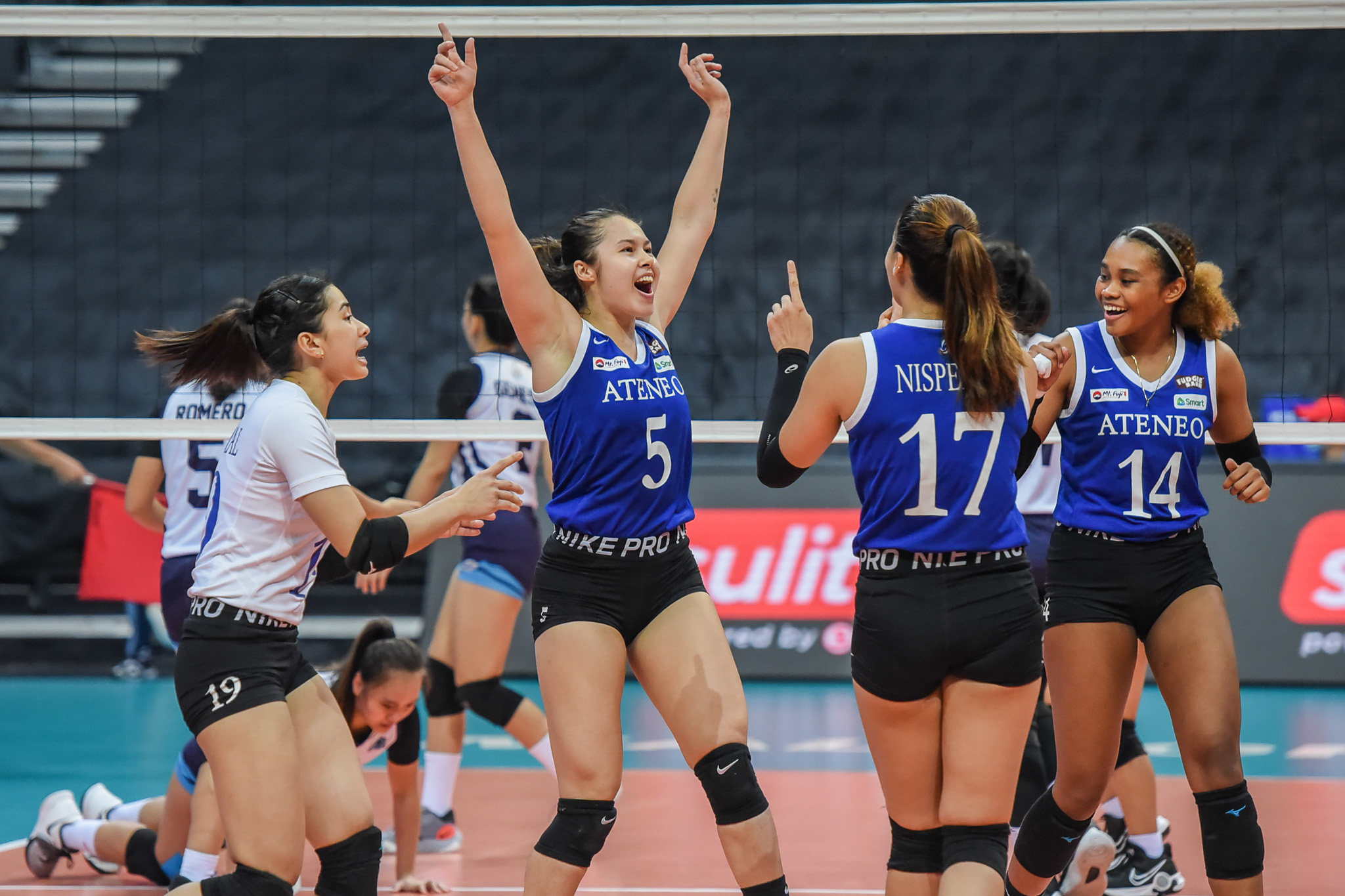 Defending champion Ateneo de Manila University marched to the UAAP Season 84 women’s volleyball stepladder as the fourth seed after outlasting Adamson University, 25-20, 28-26, 25-22, in the first stage of the playoffs, Saturday at the SM Mall of Asia Arena in Pasay City.

The first phase of the stepladder semifinals will be on Tuesday. The knockout between the Blue Eagles and the third-ranked University of Santo Tomas is at 6:30 pm.

Down 21-22, a 4-0 finishing kick, courtesy of two points apiece from AC Miner and Faith Nisperos, in the third set sent the Blue Eagles to the Final Four.

“When we won against UP and nanalo ang Adamson sa La Salle, sabi namin we just have to win it clean para convincing,” said Ateneo head coach Oliver Almadro. “Pinag-usapan namin [at] nag-agree ‘yung mga bata. And ito, we will live another day.”

Back-to-back hits by Erika Raagas gave the Blue Eagles the first salvo and the early momentum, 25-20.

The Lady Falcons clawed back from four points down with a 6-1 blast to take the lead in the second frame, 26-25. Then a Nisperos backrow kill, Vanie Gandler drop ball, and Miner’s dump put Ateneo a set away from the sweep, 28-26.

Nisperos topscored anew for the Blue Eagles with 22 points on 18 attacks, two blocks, and two service aces to go with 10 excellent receptions.

Miner followed up her big game last Tuesday with a 16 point-outing on 12 kills, two rejections, and two aces. Gandler chipped in 12 points of her own.

#ReadMore  Having these Tigers around makes coaching easier for Aldin Ayo

Jaja Maraguinot, who earned the player of the game honors, distributed the ball well. She had three double-figure scorers alongside her 21 excellent sets.

Trisha Genesis was the lone Adamson scorer in twin digits with 13 points, while Lucille Almonte had nine points.