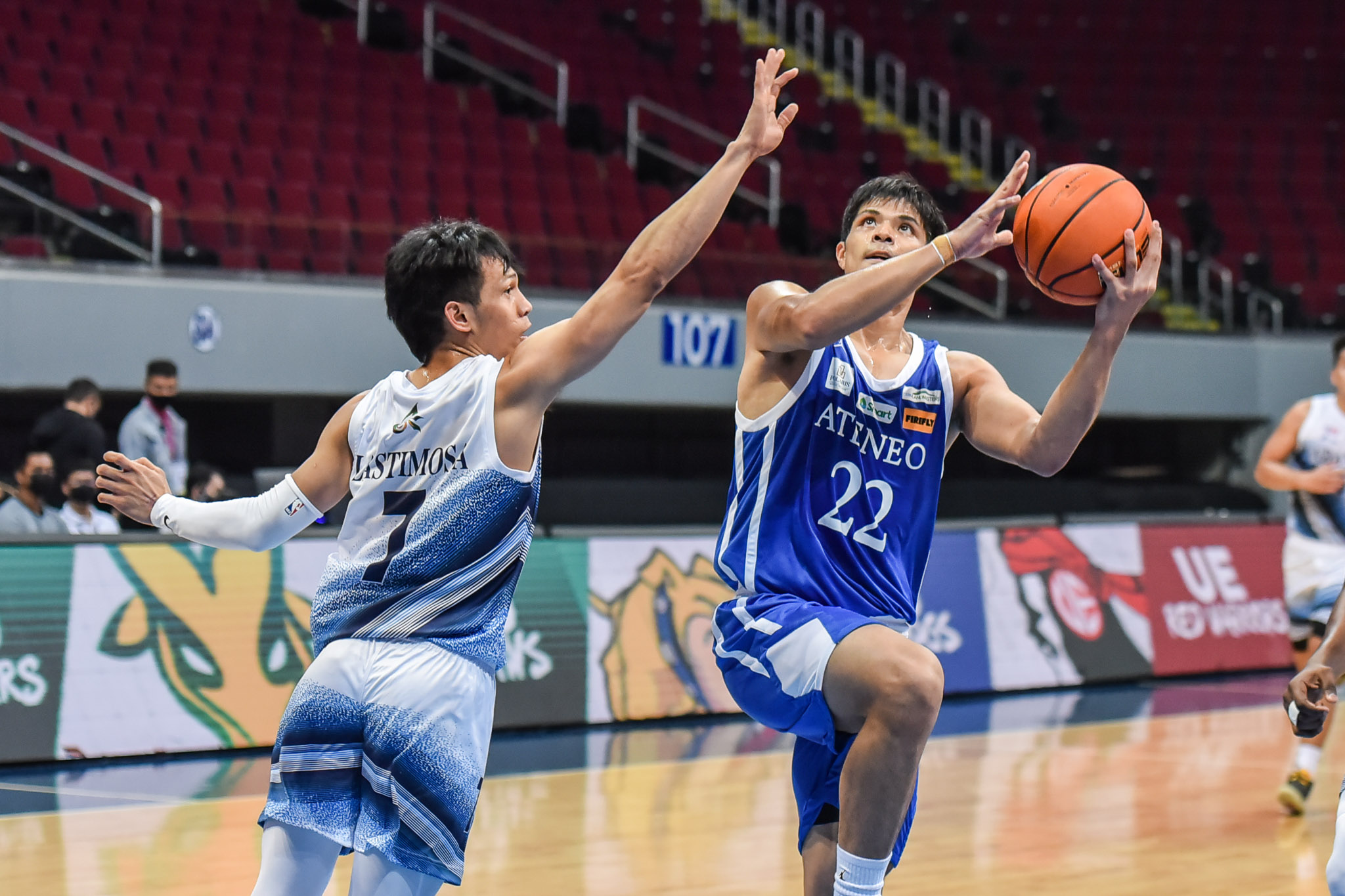 Ateneo de Manila University flaunted its depth against Adamson University in its 78-47 victory in the UAAP Season 84 Men’s Basketball Tournament, Thursday afternoon at the closed-door SM Mall of Asia Arena in Pasay City.

It was another methodical win for the Blue Eagles — who stretched their winning streak to 29 games — as every student-athlete fielded by Tab Baldwin scored in the contest.

“We think everyone has a job to do,” said Baldwin. “Today, we got everyone on the floor which we should do.”

This time around, Ange Kouame bannered the Blue Eagles with a double-double performance of 13 points and 10 rebounds while Tyler Tio and Chris Koon scored nine points apiece.

Strong was the start of the Blue Eagles, racing to a 27-11 lead.

Though Nash Racela’s squad went on an 11-0 run to bring down the huge Ateneo lead and trail on a 34-26 deficit at the half. The Soaring Falcons failed to sustain their momentum at the start of the third quarter as Ateneo made key defensive stops and converted baskets all over the floor to stop the bleeding for them.

The Blue Eagles eventually broke the game wide open as they went on a blistering 18-0 run in the third quarter to stretch their lead, 54-34, heading into the final frame. Rookie Gomez made the most out of his time on the floor after scoring eight points in one minute. Padrigao and Koon both knocked down three-point shots of their own before closing the game with a lopsided victory.

“I think the energy was really good out there. Obviously, we had a lapse in the second quarter. We’ve got to figure out the reasons why we’re having these lapses in games but we recovered well in the second half,” Baldwin claimed.

No Soaring Falcon broke into double-figures.