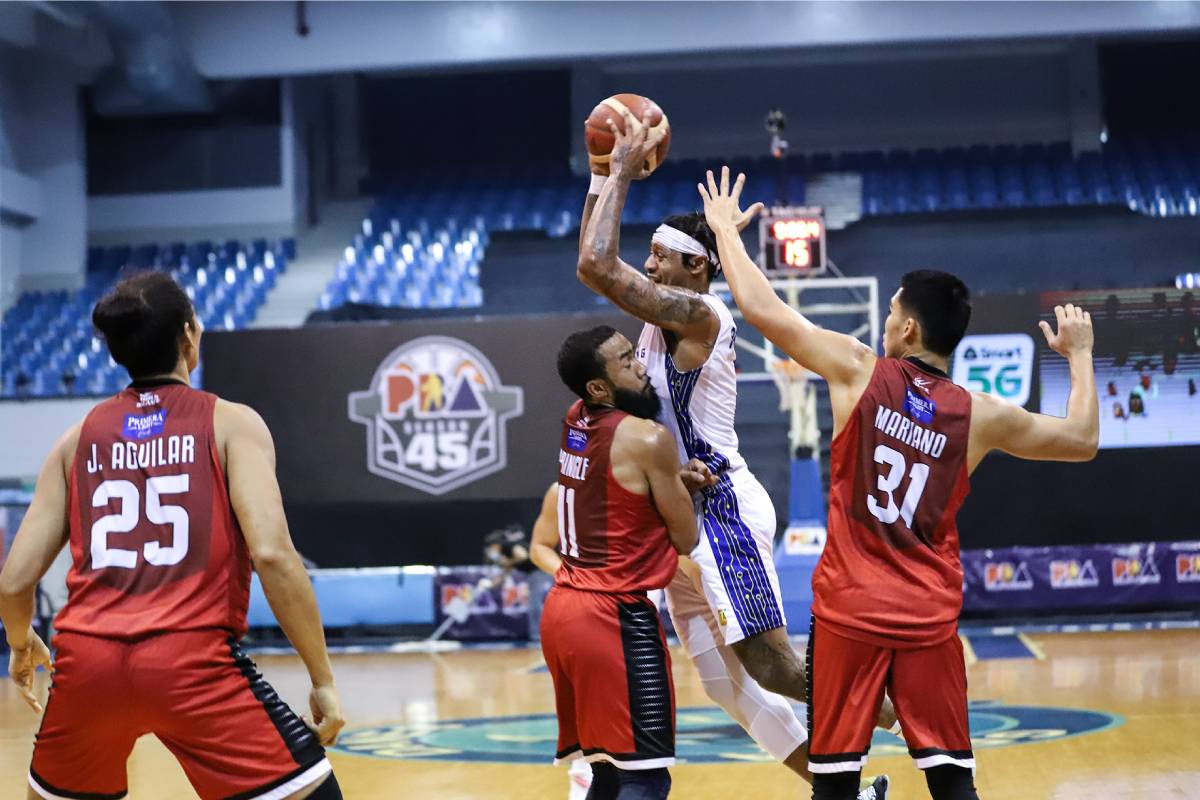 SMART CLARK GIGA CITY — Who will rule the PBA Philippine Cup next?

Many have asked this question after San Miguel’s unprecedented five-year reign as king of the most prestigious conference came to a screeching halt, bowing out of the quarterfinals several weeks ago.

In the next week or so, there will finally be an answer.

Barangay Ginebra and TNT — two of the favorites entering the season — will duke it out in a best-of-seven affair for the championship that begins Sunday, Nov. 29, at the SMART 5G-powered AUF Sports and Cultural Center.

It will be a battle of the no. 1 and no. 3 seeds for the crown, but head coach Tim Cone said that his Gin Kings are coming in as the “slight underdogs” despite emerging as the top team at the end of the elimination round.

“I do think they’re the favorites. And I think we’ll go in as slight underdogs,” he said.

“I think we’ll be a little bit of an underdog, even though we were the number one seed. They’re playing great basketball, they’re well-coached.”

Tropang Giga head coach Bong Ravena, on the other hand, is also wary of the Barangay. The team actually beat them in the eliminations last Nov. 6 through an 85-79 decision in a battle of erstwhile co-leaders.

“Playing against Ginebra is tough. They have a coach who’s very experienced, especially in the finals. We were outplayed by them in the elims. We will do our best to play well,” the seasoned mentor told PBA.ph.

Both squads are heading into the titular bout still reeling from their respective grueling semifinal affairs. Both the best-of-five series went the full route and concluded just last Friday.

TNT was the first team to enter the Finals by way of a wire-to-wire 91-81 win over the surprising Phoenix Super LPG. On the other hand, Ginebra frustrated familiar foe Meralco anew, 83-80, behind Scottie Thompson’s game-winning trey.

Fatigue is surely an issue, but neither team aren’t using it as an excuse. Both are indeed raring to gain a head start, as they both bid to end their long title droughts in the all-Filipino tourney.

The Gin Kings have reigned supreme in three of the last four Governors’ Cups, and even won the Commissioner’s Cup in 2018. Still, the Philippine Cup title remains elusive for the league’s most popular team.

The last time Ginebra won it was in 2007. At that time, the multi-decorated Jong Uichico was at the helm, while the team was still bannered by their electrifying Fast and Furious tandem of Mark Caguioa and Jayjay Heltebrand.

Meanwhile, the MVP Group’s crown jewel is out to win the Perpetual Trophy it last won in 2013 behind Coach Chot Reyes and a squad that featured Jayson Castro, Jimmy Alapag, and Ranidel De Ocampo.

Castro, 34, remains as valuable as he was back then and he’s expected to lead the way for this TNT crew. He won’t do it alone, though, as there are also Ray Parks, Roger Pogoy, Troy Rosario, and Poy Erram.

That kind of firepower the Tropa possesses has proven that it can give headaches to the opposing teams, but they will be up against a team that’s been punishing its foes through its defense.

It isn’t just defense that TNT has to be worried about, though. The Barangay is as dangerous on offense, with Stanley Pringle, LA Tenorio, Japeth Aguilar, and Scottie Thompson leading the way.