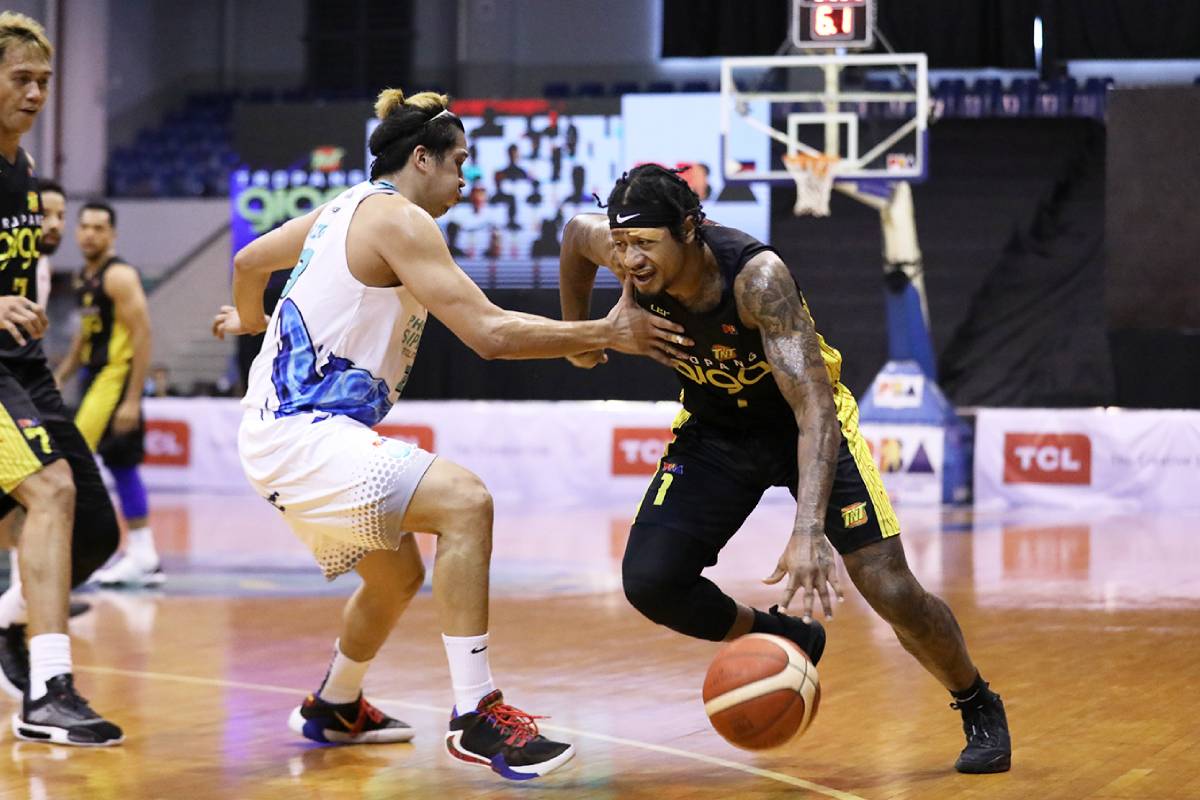 Thanks to their defense that made it even tougher for a struggling Fuel Masters side, the Tropang Giga broke the game wide open in the final frame before keeping them at bay late en route to the victory.

“It’s good to be back in the Finals,” said head coach Bong Ravena as the MVP Group’s crown jewel is back in the all-Filipino finals after seven years.

Ray Parks led the Tropa’s attack anew with 26 points on 9-of-18 shooting from the field, along with 10 rebounds and six assists in the most lopsided result of the series — 3.5 points was the average margin of the previous games.

Jay Washington was a starter again and upped the ante even higher this time after a valuable contribution last game. He finished also with 11 points, two rebounds, two steals, and a block in 17 minutes of play.

Experience spelled the difference in the winner-take-all match as TNT showed just that with how it stayed firm all throughout the match, while the opposition appeared to have crumbled under pressure.

Phoenix, who was just in its second semifinal appearance since taking over the Barako Bull franchise back in 2016, shot just 28-of-77 from the field — this, after shooting over 42-percent prior.

The Fuel Masters still tried to fight back from 17 down and managed to trim the deficit to just eight twice late in the game, but it was all too late as Parks made his freebies to deliver the knockout blows.

“I must commend the players, especially Ray and all the veterans. They really stepped up in tonight’s game,” Ravena said.

Calvin Abueva led the Fuel Masters with 23 points, 13 rebounds, and six assists. Matthew Wright only had 13 points on 19 shots, while Jason Perkins supplied 11 markers and 11 boards in the defeat.

The Fuel Masters’ dream run this season has come to an end but Ravena has nothing but adoration towards the Topex Robinson-mentored squad.

“They really made us better in every game that we played. Kung gusto mo gumaling, dapat magaling din ang kalaban mo. It really helped us a lot, so salute to them,” said the seasoned tactician.