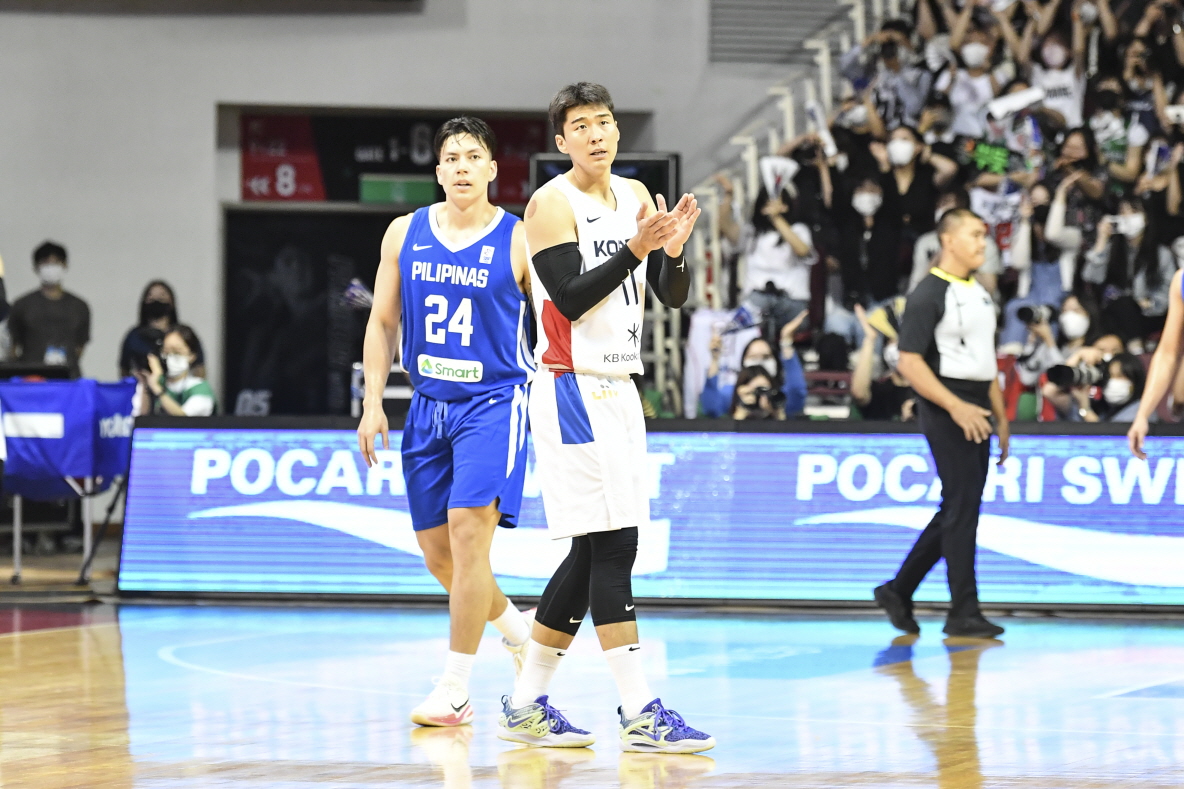 Gilas Pilipinas Men’s brave stand was not enough to topple Korea in the first leg of the 2022 KB Kookmin Bank Invitational, falling 96-92, Friday evening at the Anyang Gymnasium in Gyeonggi-do, South Korea.

Despite playing with just 10 players as Angelo Kouame (partial ACL tear) and Dave Ildefonso (ankle) could not join the team, the young Filipinos still put up a fight in Korea.

Behind the troika of Kiefer Ravena, Kevin Quiambao, and Lebron Lopez, the visitors kept close with the Koreans in the opening frame, falling behind by just two, 16-14, to end the first 10 minutes of action.

Rhenz Abando took charge in the second quarter, draining three triples during a Gilas blitz that gave the Philippines a 40-29 lead with 2:01 left in the half.

However, Korea got its groove on in the third canto, going on a blistering 37-point quarter to give the Koreans the lead for good. Choi Joonyong scored 12 of his 16 points during that Korea surge while also ending up with 11 rebounds.

Ravena and Dwight Ramos led the Philippines to one last push, cutting the lead down to five, 87-82, with under two minutes left but Heo Ung drained the dagger trey that stopped Gilas from their tracks.

The two-day friendlies serve as a tryout for Korea’s FIBA Asia Cup team.

Ravena led all scorers with 22 points built on four treys to go along with three rebounds, two assists, and a steal while Ramos added 16 points and five boards.

Carl Tamayo and Rhenz Abando both got 11 points but the latter only played 10 minutes due to foul trouble.

Ice cold was RJ Abarrientos though, going just 1-of-10 from deep despite finishing with eight points.

All in all, Korea knocked down 10 triples in the game while shooting 16-of-22 from the foul stripe. Gilas only attempted 11 freebies.

The second leg of the friendly takes place on Saturday at 6:00PM.