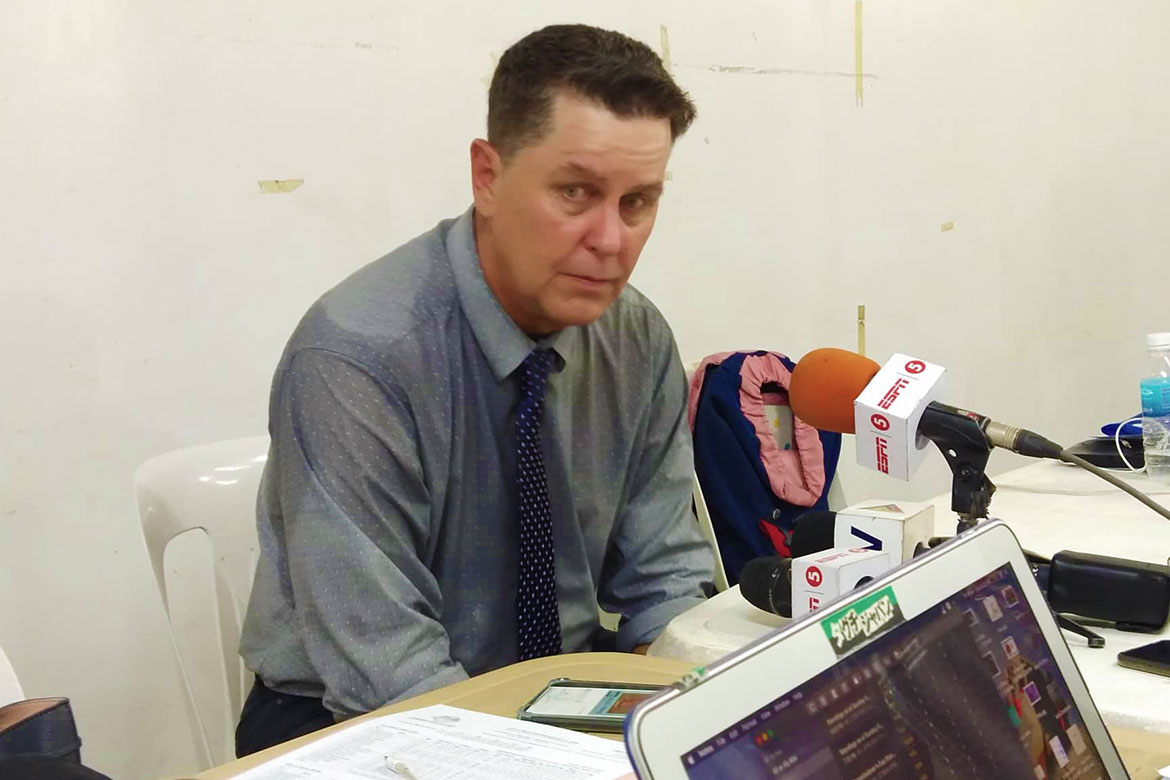 The Batangas Coliseum was almost like a war zone on Sunday evening.

It was so humid inside the venue that the court became slippery, and PBA commissioner Willie Marcial came just one slip away from calling off the 2019 Commissioner’s Cup clash between Ginebra and NLEX on Sunday.

“May isa pang madulas na player, pwedeng itigil na yung laro,” Marcial admitted during the halftime break, when he talked to his staff and considered calling off the match.

The game would have had to start over again had that plan pushed through.

New Gin King Stanley Pringle, Joe Devance, and Road Warrior Tony Mitchell all slipped during the game. And even Rain or Shine complained about the court after a Denzel Bowles fall during the first game, where they beat Columbian.

“Honestly, I was worried for our players out there, especially after Stanley fell. I was very worried about someone getting hurt… Mitchell also had a bad fall,” said Cone, who was drenched in sweat the whole game.

“It was tough conditions tonight playing the second game. The first game is always a lot safer than the second game because of the crowd, and all the humidity starts to get worse, the floor gets more slippery,” Cone added, as the 4,000-seat venue was filled to the rafters.

The game was not called off, however. And the Barangay gave the pro-Ginebra crowd a reason to celebrate despite the conditions of the venue by putting on a masterful performance to tear apart the Road Warriors, 100-85.

Cone is, of course, elated with the Gin Kings’ win, which was their second straight and their fourth win in seven games. But the multi-decorated bench strategist is much more satisfied that the game ended without anyone hurt.