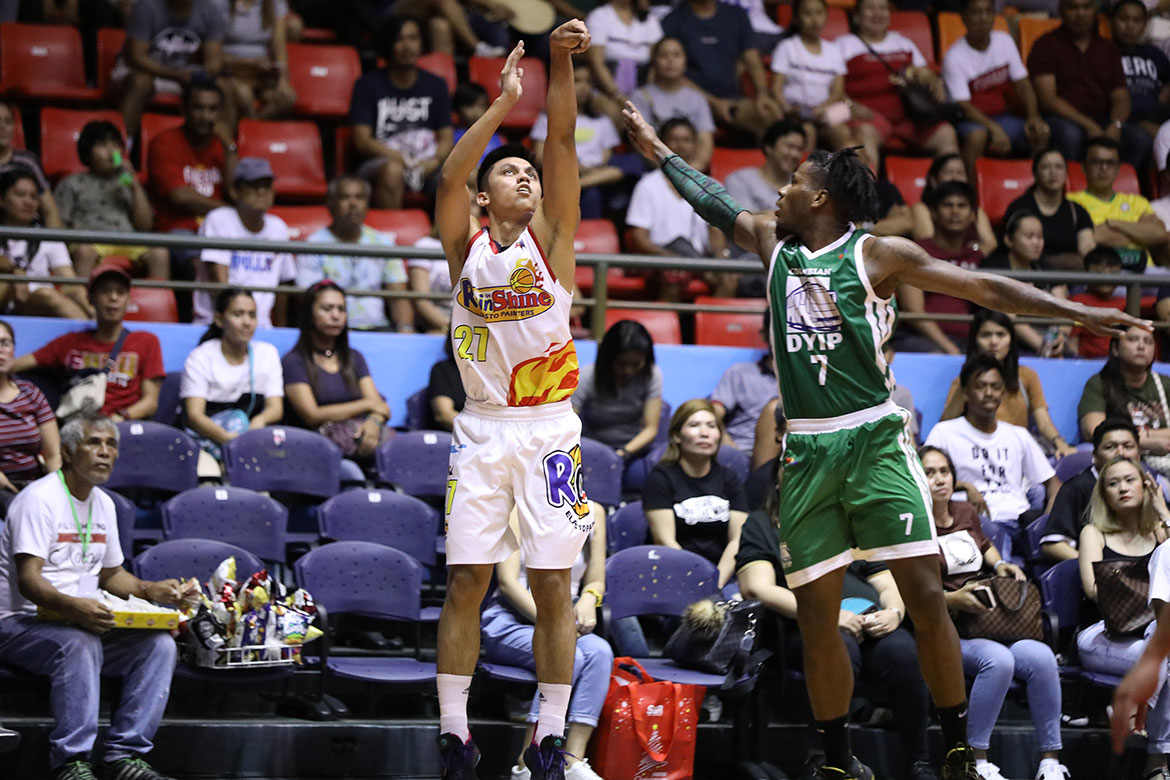 Rey Nambatac’s heroics saved the Rain or Shine Elasto Painters from the clutches of tormentors Columbian Dyip, 88-86, to return to the winner’s circle of the 2019 PBA Commissioner’s Cup Sunday at Batangas City Sports Coliseum.

The sophomore guard sank a lay-up all over the defense of Columbian import Lester Prosper with 2.6 left in overtime. It was all the Elasto Painters needed to end their four-conference losing skid to the gutsy Dyip.

Nambatac finished with 10 points, nine rebounds, two assists, and two steals in the win, which hiked their card to 3-3.

“Well, it’s nice to finally win against Columbian. We lost the last four conferences against them,” exhaled Rain or Shine head coach Caloy Garcia, whose side last won over Columbian back in the 2017 Governors’ Cup.

The win served as a great bounce-back from their 105-107 loss to NorthPort last June 19. Back then, they blew a 25-point lead to a team that only had eight players and were reeling from the departure of Stanley Pringle.

“I told my players to get motivation from that loss to NorthPort… Nabawi na namin yung talong yun,” Garcia said.

Denzel Bowles led the Elasto Painters, notching a triple-double of 29 points, 14 rebounds, and 10 assists. But the former Best Import struggled from the free throw line as he made just seven of the 21 shots he earned.

“Before the game, Denzel wasn’t feeling well,” Garcia said of Bowles, who still played for over 43 minutes.

Import Lester Prosper had 26 points, 15 rebounds, three assists, three blocks, and two steals in 43 minutes and 50 seconds to lead Columbian, who have now absorbed their sixth loss in seven outings this conference.

Rashawn McCarthy, who shot the big three-pointer that sent the game into overtime, chimed in 15 markers, seven rebounds, three assists, and a steal for the Dyip. Rookie CJ Perez supplied 12 points, 10 caroms, and six dimes.