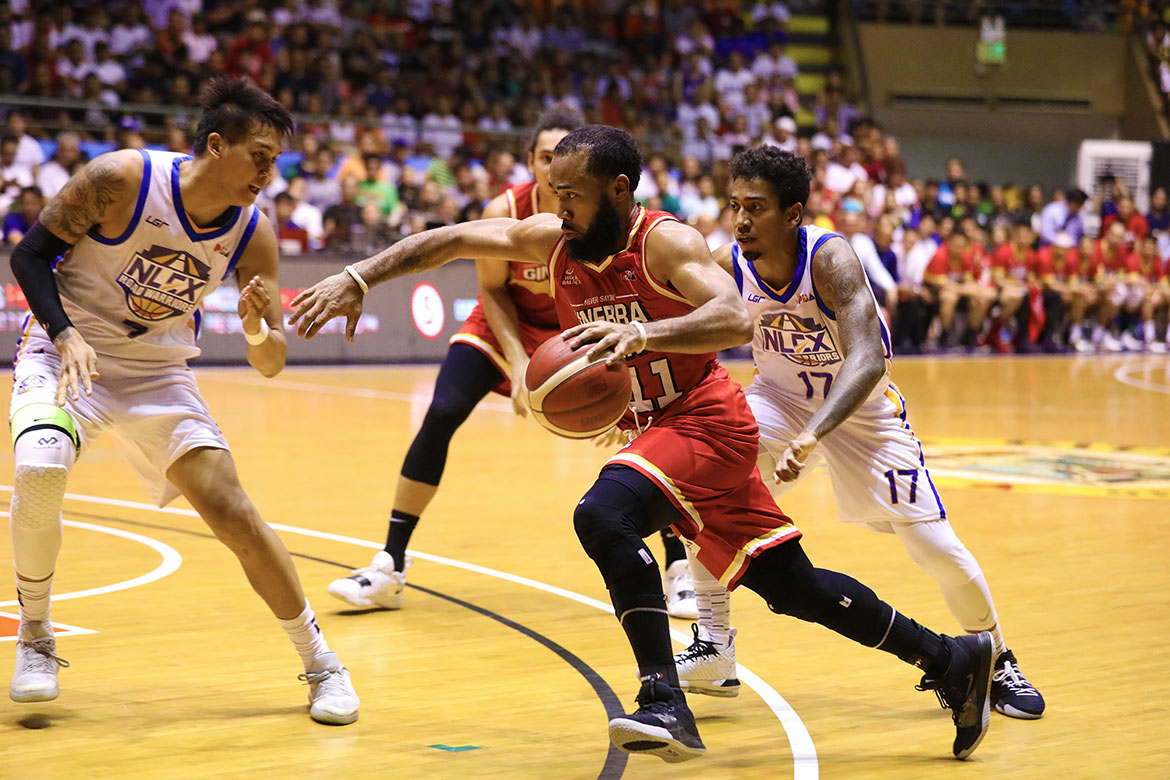 Stanley Pringle immediately showed what he can bring to the table for Barangay Ginebra, helping the Gin Kings beat the NLEX Road Warriors, 100-85, in the 2019 PBA Commissioner’s Cup, Sunday night at Batangas City Coliseum.

The reigning scoring champion, who was among the starters, had 16 points, eight rebounds, three assists, and two steals in nearly 36 minutes in the win that helped Ginebra win back-to-back games as well as improve their card to 4-3.

Pringle also had a hand in the Barangay’s third quarter pullaway, where the crowd favorites pulled off an overwhelming 26-7 scoring spree, which turned their slim eight-point lead at the start of the period to a wide 76-49 edge with 3:38 to go.

Justin Brownlee still top-billed for the defending champs, unfurling 37 big points on an excellent 73.7-percent shooting from the field — including 4-of-6 from three — on top of eight rebounds, seven assists, and five steals.

“You got two guys like that, it’s like you have Steph Curry and Kevin Durant,” said Ginebra head coach Tim Cone.

The decorated bench strategist, though, is just relieved that both teams were able to get through the “tough conditions” — the court became slippery due to the oven-hot venue, and it led to a handful of players slipping badly.

It nearly prompted PBA commissioner Willie Marcial to call of the match due to the slippery condition of the floor.

“It was tough conditions tonight playing the second game. The first game is always a lot safer than the second game because of the crowd and all the humidity starts to get worse, the floor gets more slippery,” Cone said.

READ  Japeth Aguilar admits he was baited by Malcolm Hill

LA Tenorio had 11 points, three assists, and a steal, as Greg Slaughter provided 10 markers, seven rebounds, two blocks, and a steal a well in the victory that saw the Gin Kings shoot 49 percent from the field, mostly due to their 27 assists.

Poy Erram had 20 points and 14 rebounds in the loss that gave NLEX its seventh loss in eight games.

Both squads will see action again on Friday, June 28, at the SMART Araneta Coliseum. NLEX will raise the curtains of the double-header versus Rain or Shine at 4:30 PM, as Ginebra will battle Phoenix Pulse at 7:00 PM.