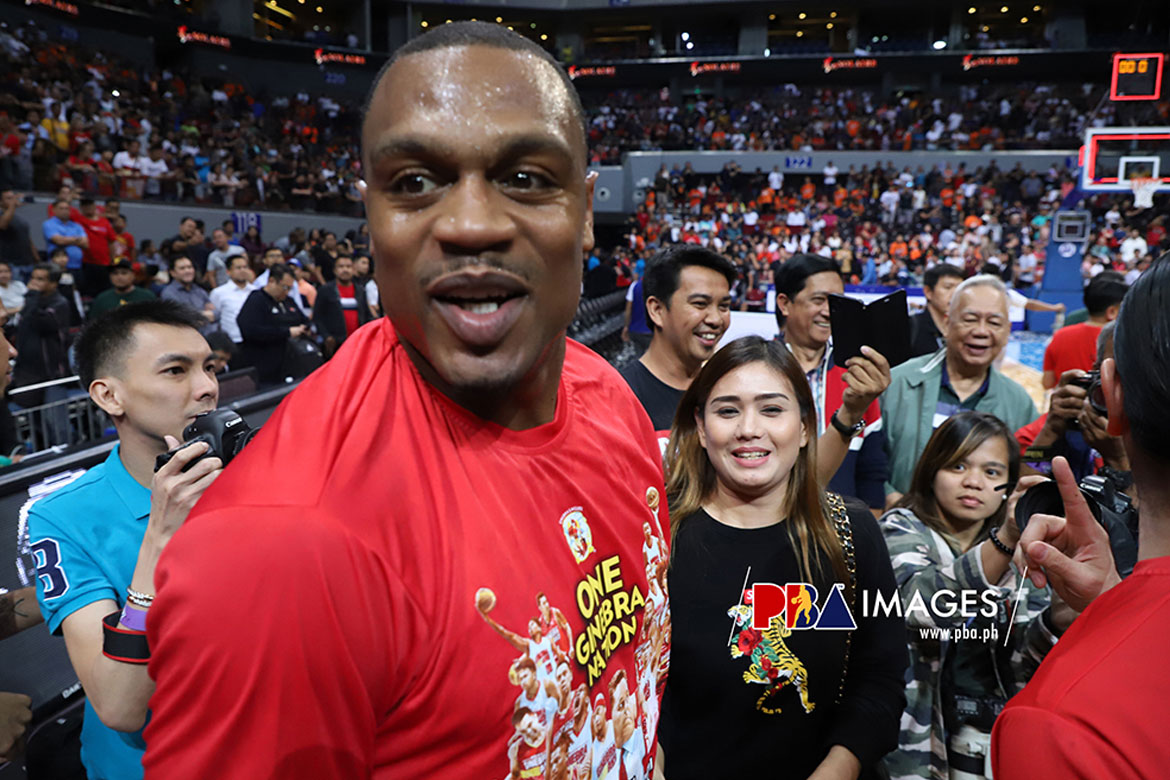 Back in July 25, 2016, Justin Brownlee came to Manila as a temporary replacement for then-Ginebra import Paul Harris.

After winning the 2019-20 PBA Governors’ Cup crown, Tim Cone could not help but be in awe of Brownlee’s growth during the last four years — both as a player and as a human being.

As a player, Brownlee has turned himself from being a specialist to a superstar.

“I remember scouting him in the NBA Summer League and thought, ‘Wow, that guy would really do well in the Philippines.’ But he was a little bit more one-dimensional back then.

“He was more of a just a three-and-D guy; he was a stretch four, shot a lot of three-points. And he proved he could play bigger guys and play against bigger guys even though he was only six-foot-five. Those kind[s] of guys usually does well here. But the thing about Justin that impressed me is that while he’s been here, his game has improved so tremendously,” recalled Cone, who met Brownlee during the summer of 2013.

As a person, Brownlee has embraced both the Ginebra culture and being a Filipino.

“I gave him a hug and I said, I’m sorry, you didn’t win the Best Import award,” shared Cone, as Brownlee has only one the Best Import plum once despite winning four championships.

“And he turned to me and laughed. He said this is so much better.”

Cone has seen a lot of imports in the big league. He has handled Sean Chambers, winner of most championships by an import with six; and faced off with the great Bobby Parks, winner of seven Best Import awards — the most in league history.

And for the most decorated tactician in PBA history, Brownlee can match up to Parks.

“I would hate to have to try to guard him on the other side. Reminds me a lot actually a Bobby Parks, you know, when I was trying to figure out ways to guard Bobby Parks. Just could not find ways. He always would find a way to beat you, to get his shots, to get into the right positions. And you would do all these different things, you know, guard him with different people, double him in different areas press up on or back up on him,” said Cone as Brownlee has been the resident import of the Gin Kings, even during the no-height-limit Commissioner’s Cup.

“I mean, no matter what you did, Bobby Parks found a way to do it, to figure a way through it. And that’s exactly what Justin does.”

It had been nine years since Brownlee was undrafted in the NBA Draft. Despite playing for G-League teams Maine Red Claws and Erie Bayhawks, and European clubs Basket Brescia Leonessa and Élan Chalon, the product of St. John’s University has yet to get an NBA call-up.

But in Cone’s eyes, Brownlee should be there now.

“The one thing my son said, he said, ‘Sorry, Dad. But you know, Justin’s in the wrong League. He shouldn’t be in the PBA. He should be in the NBA, playing as a star somewhere, if he had been given a chance.’ Because he’s improved that much,” Cone shared about what his son said.

“He’s an NBA-caliber guy. I don’t think there’s any doubt. I’m not gonna tell Erik Spoelstra that, because Eric might scout them and steal him. So keep quiet on them. You don’t want anybody coming over from the NBA taking them away.

“So we expect to bring him back in the second conference next time and third conference after that, and he certainly deserves a break physically, you know, physical-wise during the All-Filipino. But he’ll be back next year. And I think he’ll be better even next year than he was this year,” Cone closed.