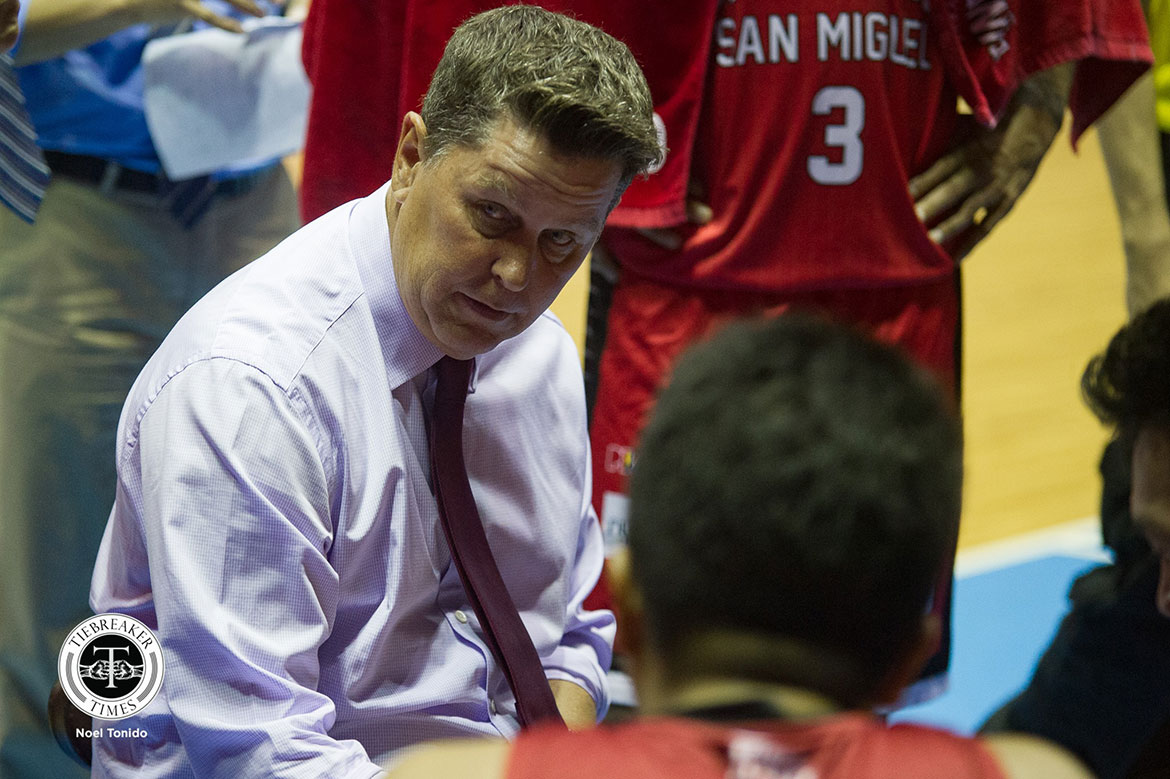 In a statement on Monday, which came hours after the SBP’S announcement, the PBA’s winningest coach said that he is honored and proud to have been chosen to call the shots for the Filipino dribblers.

“Even though my appointment is just a stop-gap measure and a short term commitment, I am incredibly honored and proud to be selected to coach in the SEA Games,” Cone said.

“I’m extremely excited to get going.”

Cone has also revealed his plans for the national team. He said that he and the federation will discuss matters, such as their preparation for the regional meet from November 30-December 11.

“I will sit down with the SBP over the next couple of days and come up with a plan of attack in terms of preparation.”

Ultimately, Cone hopes that they will come up with a pool of players by the end of this week.

Initial reports said that the pool for the SEA Games is a mix of PBA and collegiate players. With Cone now as head coach, though, the composition is now uncertain.

“We’re hoping by the end of the week we’ll have a pool of players working together at full force.”

Cone will be coaching the national team after two decades. He previously steered the Centennial Team to a bronze medal finish in the 1998 Asian Games in Bangkok, Thailand.