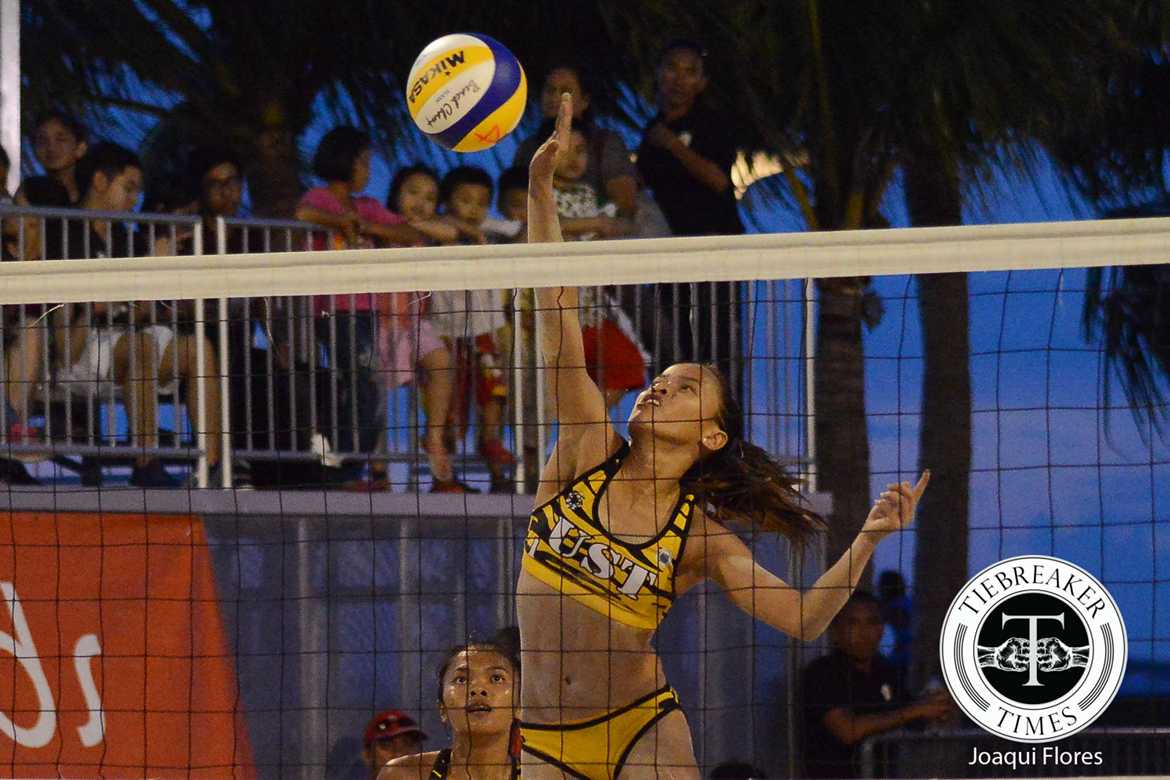 UAAP Season 77 champions University of Santo Tomas inched closer to an elimination round sweep while the Far Eastern University Lady Tamaraws remained in the hunt for a twice-to-beat advantage in the UAAP Women’s Beach Volleyball Tournament at the SM Sands by the Bay at the SM Mall of Asia grounds.

With identical 3-0 records, UST’s Cherry Rondina and Jem Gutierrez blasted the University of the Philippines’ Arielle Estrañero and Diana Carlos 21-14, 21-17 in the day’s night cap.

The Tigresses kept their undefeated record by scorching the Lady Maroons with their dynamic offense. UST leapt to a 17-11 lead in the first set then broke away from an 11-all tie in the following frame to take a 18-14 lead and secure the win.

In their earlier ties, UST breezed past the defending champs Tin Tiamzon and Des Cheng of DLSU 21-15, 21-16 while UP rallied past University of the East’s Judith Abil and Angelica Dacaymat 21-16, 22-20.

Ateneo, on the other hand, kept their record at even 2-2 with an uplifting 21-19, 21-12 win over Adamson University’s Jema Galanza and Bernadette Flora. The Lady Spikers also stayed within range of a Final Four berth with a 21-16, 21-16 triumph over National U’s Aiko Urdas and Roma Doromal.

#ReadMore  Lito Adiwang pays tribute to the woman who raised him

NU, ADMU, and DLSU finished the day tied at fourth. FEU and UP had identical 3-1 records while UST secured first place with a 4-0 slate.