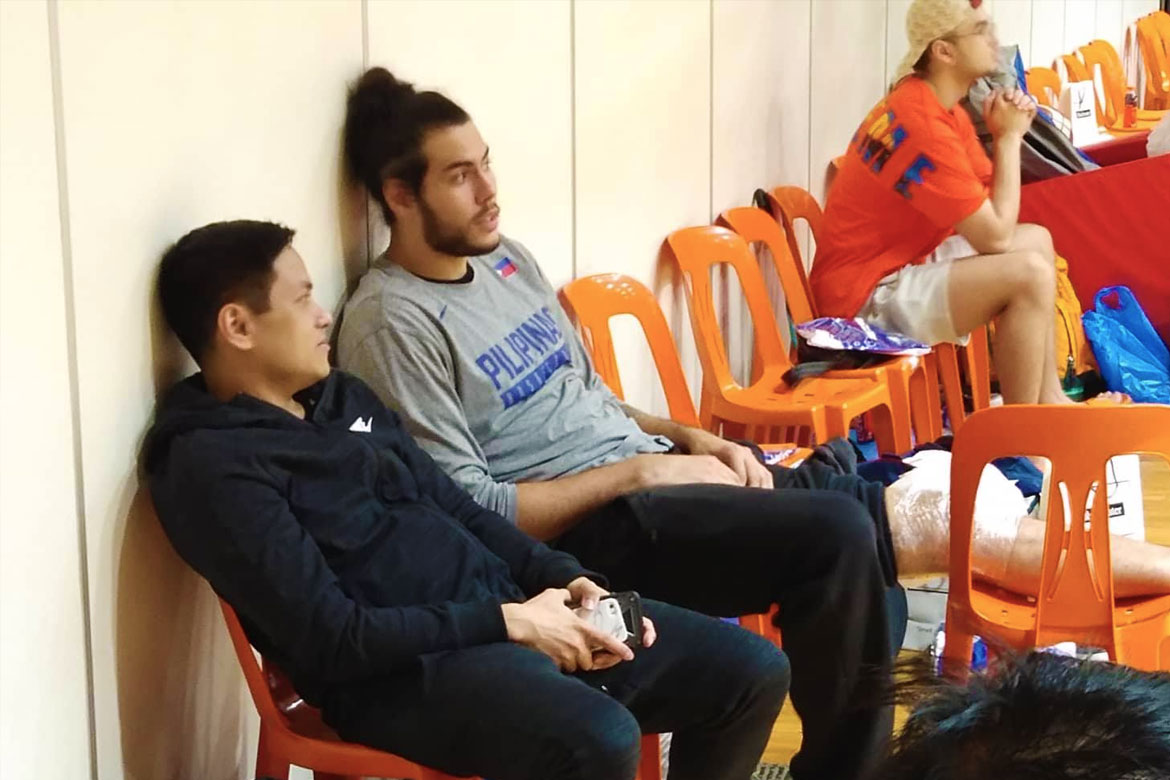 A complete Gilas Pilipinas cast was in attendance in the team’s second practice session on Tuesday evening at the Meralco Gym in Pasig City.

Christian Standhardinger, the lone absentee in Monday’s practice, has shown up. But the San Miguel Beermen forward was clad in street clothes and remained a spectator on the sidelines.

The Filipino-German has a game tomorrow, Wednesday, August 8, as the Beermen will face the Barangay Ginebra San Miguel in Game Six of the 2018 PBA Commissioner’s Cup Finals.

Others who were on the sidelines along with Standhardinger were Poy Erram and Gilas Cadet Kobe Paras.