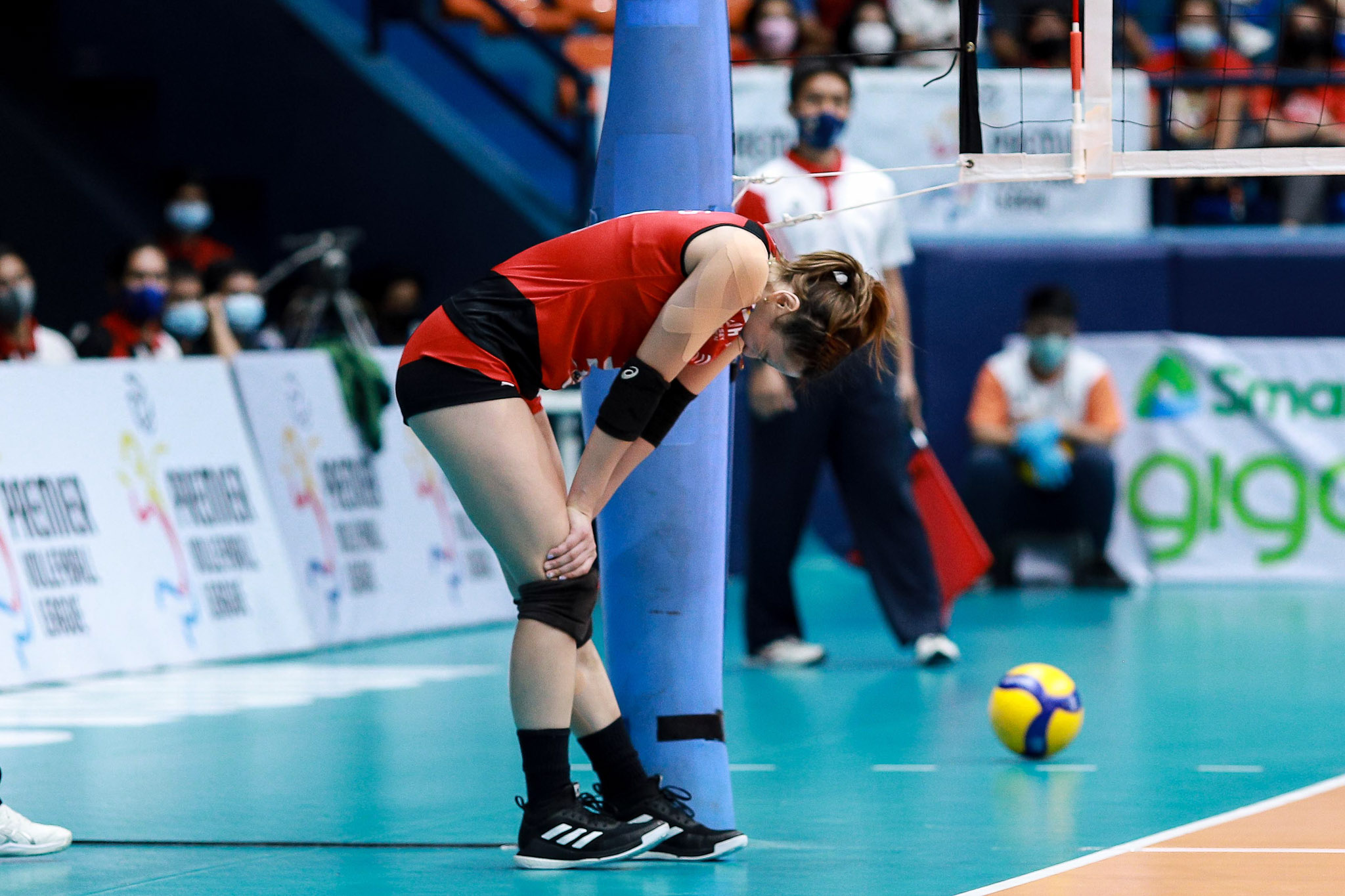 Cignal’s surprising season came to an end on Monday night after the HD Spikers went down via four sets against Petro Gazz in the Game Three of the 2022 Premier Volleyball League Open Conference.

Heartbroken was Cignal head coach Shaq Delos Santos after he emerged from the team’s dugout following a heart-to-heart talk with his team.

Fighting his tears from falling down, the veteran tactician bared how hard it was for his wards to see everything that they have worked hard for crash right before their eyes.

After a disastrous 2021 campaign which saw the team place last and finished with only a win under its belt, the HD Spikers were expected to compete this Open Conference following a series of off-season moves that saw them pick up the likes of Ria Meneses, Ces Molina, Jerrili Malabanan, and Gel Cayuna.

But the team did not just compete. Instead, they defied expectations, dominating the group stage and posting a perfect 4-0 record entering the playoffs.

Then, the team dispatched BaliPure with ease to barge into the semifinals still with an unblemished slate. Cignal eventually extended its winning streak to six games after whipping Petro Gazz in just three sets to open its semifinals campaign.

From there, however, things immediately took an unexpected turn. What started out as a dominant road to the finals suddenly got demolished in just less than 48 hours.

The HD Spikers, who already had a 2-1 set advantage, were a point away from securing a finals berth in the heart-breaking five-set loss in Game Two.

Cignal then lost set one of Game Three before gearing up to tie the match in the second set, 24-22. Unfortunately, Rachel Daquis went down with cramps as the Angels pounced on her absence, stealing the set for a 2-0 advantage. The HD Spikers fought back in set three and led by as much as 11 points before eventually losing the fourth set to a gritty Petro Gazz team.

Instead of sulking over the loss, Delos Santos chose to see the heart-wrenching incident as a part of the team’s rebuilding process.

After all, the team already defied a ton of expectations this conference.

Delos Santos also urged his players to focus on the things that they control. And right now, that’s the battle for the bronze medal against Choco Mucho.

Whatever the outcome may be, Delos Santos said that he is already proud of what his team achieved this conference. And the fact that Cignal already made it to the semifinals despite being together for just a short period of time is already a good sign for him moving forward.