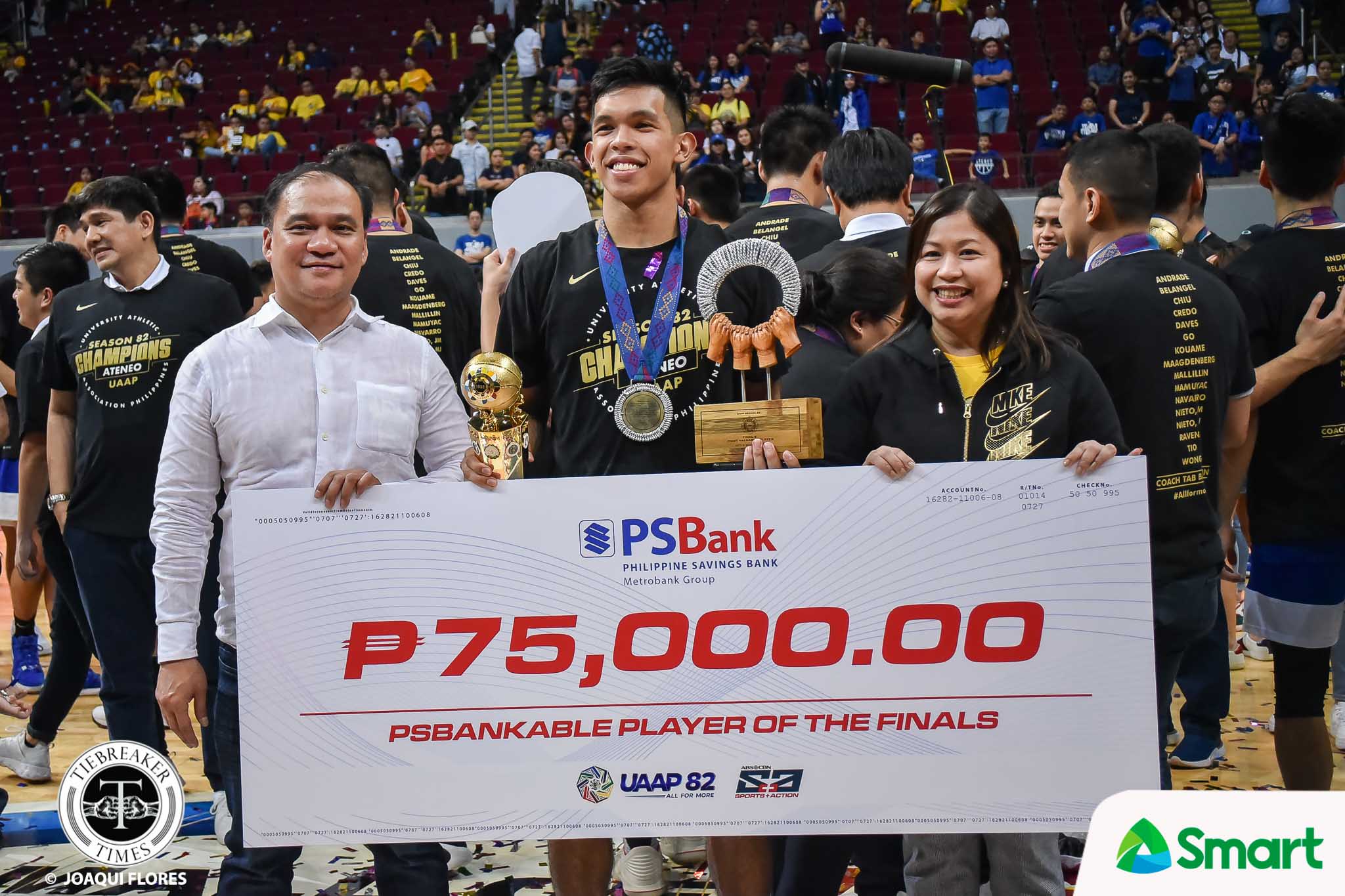 The 6-foot-2 forward was crowned as the UAAP Season 82 Men’s Basketball Finals Most Valuable Player, Wednesday at the SMART Araneta Coliseum.

The 22-year-old averaged 24.5 points, 6.0 rebounds, and 5.0 assists in Ateneo’s masterful sweep of University of Santo Tomas.

This is Ravena’s third Finals MVP award, becoming the first-ever student-cager to achieve the feat in the Final Four era.

Ravena had four Finals appearances under his belt.

More importantly, he ended his run with three championships as well.