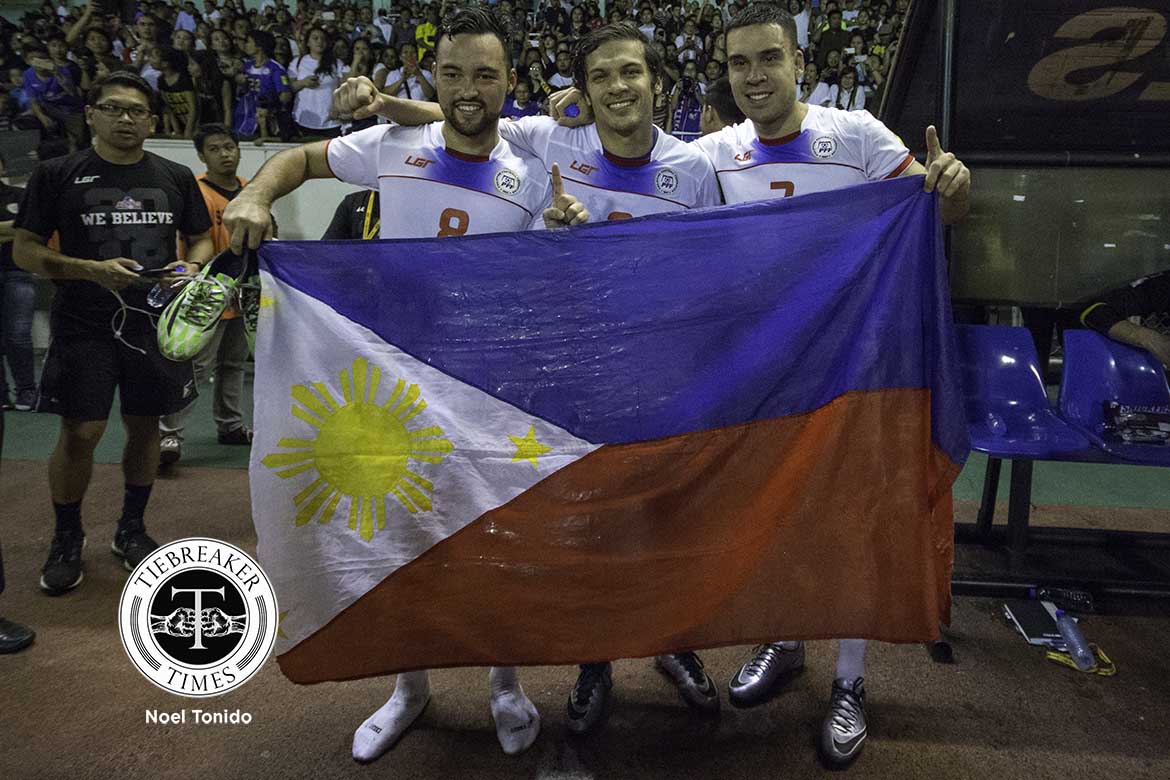 With the Philippines level, 1-1, against North Korea at halftime, Azkals head coach Thomas Dooley felt a change was needed attacking-wise. The Azkals struggled to in attack as it was evident those in front lacked the chemistry to work together. Iain Ramsay was brought on at the expense of Luke Woodland. Ramsay didn’t really affect the game at an instant, however, he came up with the goods at the most crucial point of the game.

A win for the Azkals was imperative in their last joint 2018 FIFA World Cup/2019 AFC Asian Cup qualification fixture namely because the team wanted to win on home soil at the Rizal Memorial Stadium in Manila and to guarantee passage to the next qualifying stage of the said continental tournament. The match was held last Tuesday (March 29, 2016) and it proved to be a memorable night for everyone involved.

Come the second half, however, the Philippines fell behind against North Korea, 1-2, at the 47th minute. The Azkals huffed and puffed, but the equalizer and much less a win looked impossible to attain. Step forward, though, Ramsay. Ramsay scored the game-winner himself at precisely the 90th minute of the fixture. That third goal ended up being the Philippines’ key for the 2019 AFC Asian Cup third qualifying round. It also provided center-back Juani Guirado a happy ending in his Azkals run.

“We showed some promising signs today that we can compete with the best. North Korea are no pushovers so I think it was a great win and we’ll take this with confidence waiting into our next game”, Ramsay said after the match.

The last time the Philippines played North Korea was in the reverse fixture away at Pyongyang. That fixture ended into a good, 0-0, draw for the Philippines. With how both games panned out, Ramsay felt that the Azkals displayed the fabled Filipino puso. “Playing away at their home ground, you know (North Korea) is gonna come right at you. It’s gonna be a hard day at the office because you’re gonna have to have your defensive game on par and we created a great result there to be fair. A lot of people thought we would probably lose that game, but again we showed, it might sound cliché, Filipino spirit. We stick together no matter what the circumstances are. We stick together. We fight hard till the very end and we showed that today with, personally I think, a great team performance.”

It’s a postulate in football that goals change games. Perhaps the most important goal for the Azkals’ that evening was Ott’s equalizer. Ramsay explained, “I think the goal with Manu (Ott) gave us confidence because it was coming late into the game. We needed that goal and you see right after Manu scored, the team lifted again another notch.” In terms of his goal, though, he was quick to deflect credit. “For me (Javier) Patiño worked very hard up top for us and as a team collectively, I think we showed great character. That’s what got us the win today is the character we showed as a team.”

Ramsay then added, “It’s always nice to score the winner, given the circumstances as well against a tough opponent. I think, you know, regardless of whoever scored in the team it still would have been a great feeling like it is now. Happy to score the goal obviously from an individual perspective, but I’m just happy that I came in the second half, contributed to the team, and helped them fight to the very end and get the win.”

In the end of the joint qualification round, the Azkals finished 3rd place with 10 points. There is still no word on the details concerning the Azkals’ next games. Fans can definitely count on Ramsay, though, to impact future matches just like he did against North Korea.