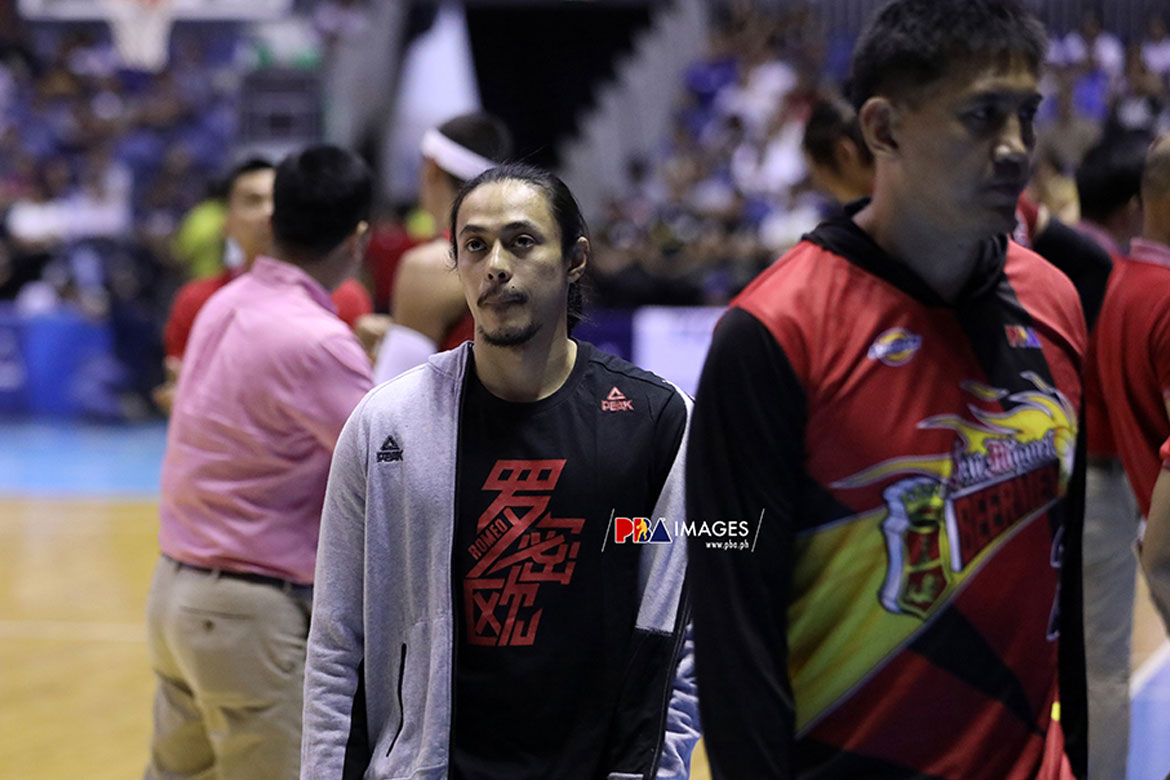 San Miguel Beermen head coach Leo Austria bared that Terrence Romeo has been nursing an Achilles injury, and that has been the main reason why the flashy guard has yet to play this 2019 PBA Commissioner’s Cup.

“Terrence will be out one or two more weeks,” said Austria after SMB’s match versus the TNT KaTropa Saturday night where they lost, 97-110. “Yung Achilles is still may inflammation. He was advised by the doctor to rest.

Romeo has been advised to rest due to the injury, which he has been nursing since the 2019 Philippine Cup Finals that the Beermen eventually lorded over to snag their unprecedented fifth-straight All-Filipino championship.

The six-year pro out of Far Eastern University, along with Chris Ross, missed the Beermen’s first game of the mid-season conference versus NorthPort Batang Pier last June 5 where they received a harsh 88-121 beating.

Ross, though, has returned to the fold and played versus the KaTropa. The do-it-all floor general saw action for nearly 40 minutes and finished with nine points, eight assists, and five rebounds against just three turnovers.

The defensive specialist is currently nursing knee and shoulder injuries, though he has said before that he can play through it.

“He contributed a lot, especially doon sa stability ng team namin. And that is what’s missing during our first game against NorthPort.”

Allein Maliksi, Blackwater keen on not letting history repeat itself