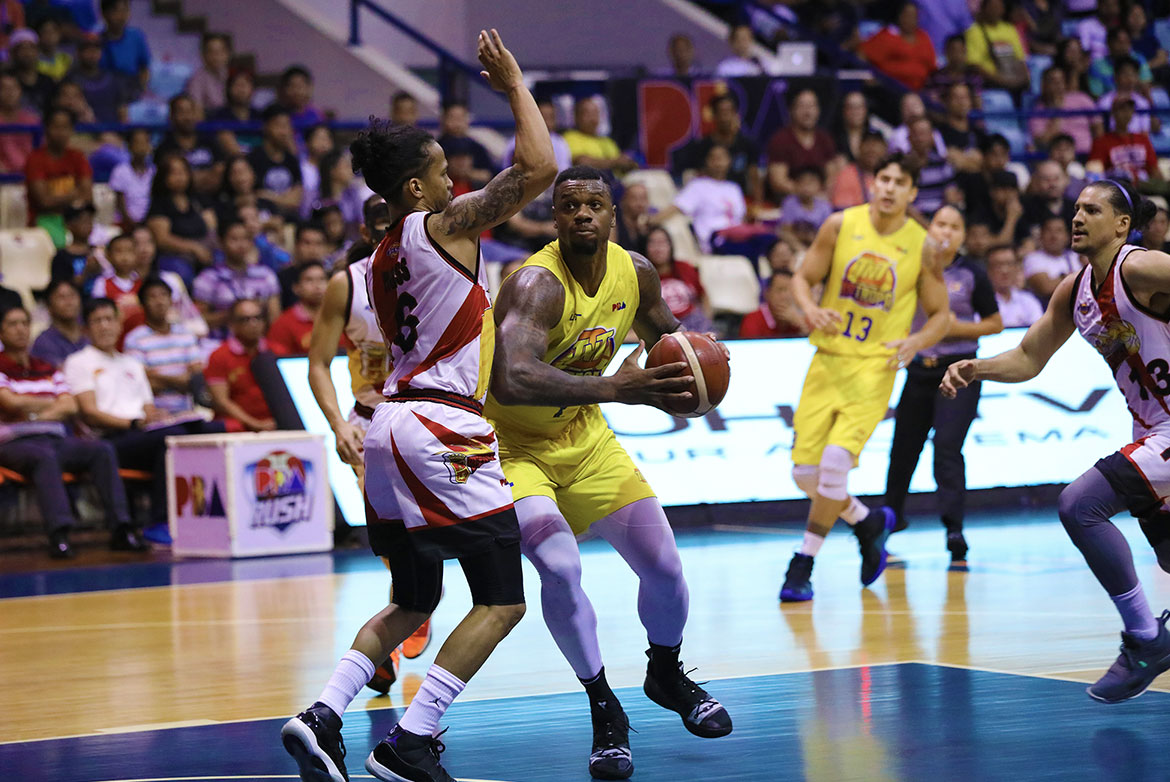 Since losing to NorthPort, TNT has now racked up back-to-back wins after holding off San Miguel, 110-97, to climb up to the standings of the 2019 PBA Commissioner’s Cup Saturday evening ar Ynares Center in Antipolo City.

The KaTropa nearly lost hold of a massive 24-point lead as the Beermen rallied and knocked within eight, 97-105, with 2:34 remaining in the game, but Tony Semerad’s triple plus Terrence Jones’ dunk sealed the victory.

TNT has improved to 4-1 to gain a share of the second spot of the team standings with the Batang Pier.

“We know makakabalik sila but we stayed composed,” said TNT head coach Bong Ravena. “We worked hard to win this game. Yung gameplan namin was to really outplay them. We needed to win this game to improve our standing.”

Troy Rosario had 17 points in the win. Jayson Castro was just a point shy of another triple-double, as he produced nine points, 10 rebounds, and 15 assists. Roger Pogoy chimed in 15 markers, which all came from threes.

Don Trollano and Semerad supplied 13 and 11 points, respectively, shooting both 3-of-5 from downtown.

Von Pessumal led the Beermen with 24 points by going 8-of-8 from three. As per the league’s stats chief Fidel Mangonon III, the third-year pro out of Ateneo now holds the PBA all-time record for most three-pointers made without a miss.

Charles Rhodes had 20 points and 11 rebounds in the loss that sent SMB to 0-2. Marcio Lassiter supplied 16 markers on 16 attempts, as reigning five-time league Most Valuable Player June Mar Fajardo had 13 points and 13 boards.

TNT will next face defending champs Ginebra on June 12, Wednesday, at SMART Araneta Coliseum. SMB, meanwhile, will look to end their funk versus Blackwater Elite on June 14, Friday, at SM Mall of Asia Arena.

With son now in high school, Tai Bundit returns to doing what he loves