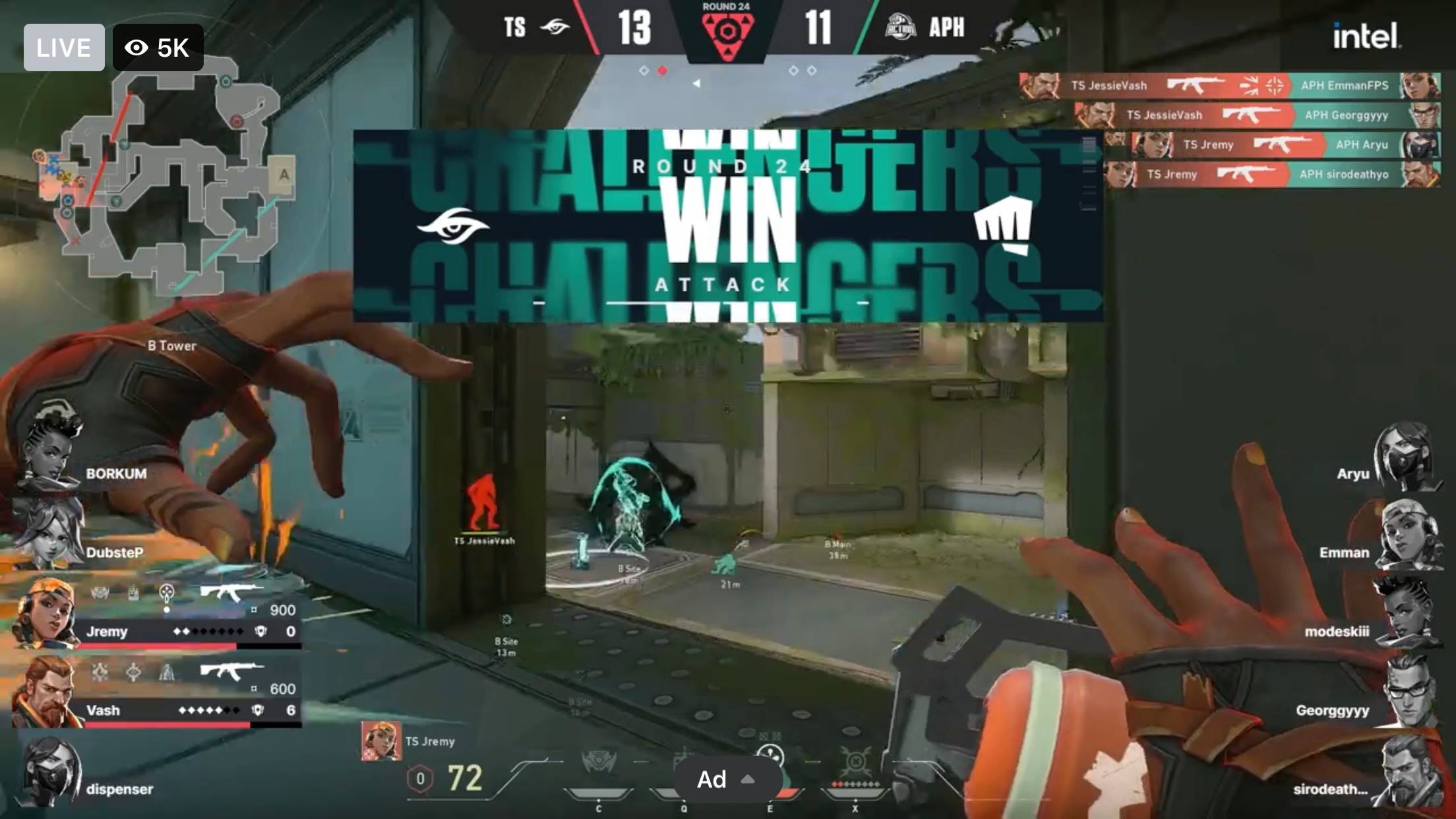 Team Secret capped off the group stage on a three-game winning streak, taking down Action PH to book its playoff spot in the VALORANT Champions Tour 2022: Philippines Challenger on Sunday.

After taking Map One, Team Secret found itself ahead in one of the best matches in the VCT PH Challengers. It was a neck and neck affair with Team Secret pulling away at Round 20, 12-8, at Fracture. However, Action PH answered with a 3-0 run to trim the lead to one.

Action PH was on the verge of sending the game to overtime, going four-against-two in Round 24. Unfortunately, though, Jeremy “Jremy” Cabrera and Jessie “Jessievash” Cuyco outplayed the Action PH contingent, completing the crucial Clutch to seal Game Two at 13-11.

Sirodeathyo’s 25-kill performance as Sova in Map One at Bind was spoiled after a balanced team effort from Team Secret. Game One finished with a 13-7 scoreline with Jayvee “DubsteP” Paguirigan’s Jett leading the way for Secret with 19.

Both teams have qualified in the playoffs after ending the group stage at second and third, respectively, in Group A through identical 3-3 standings. 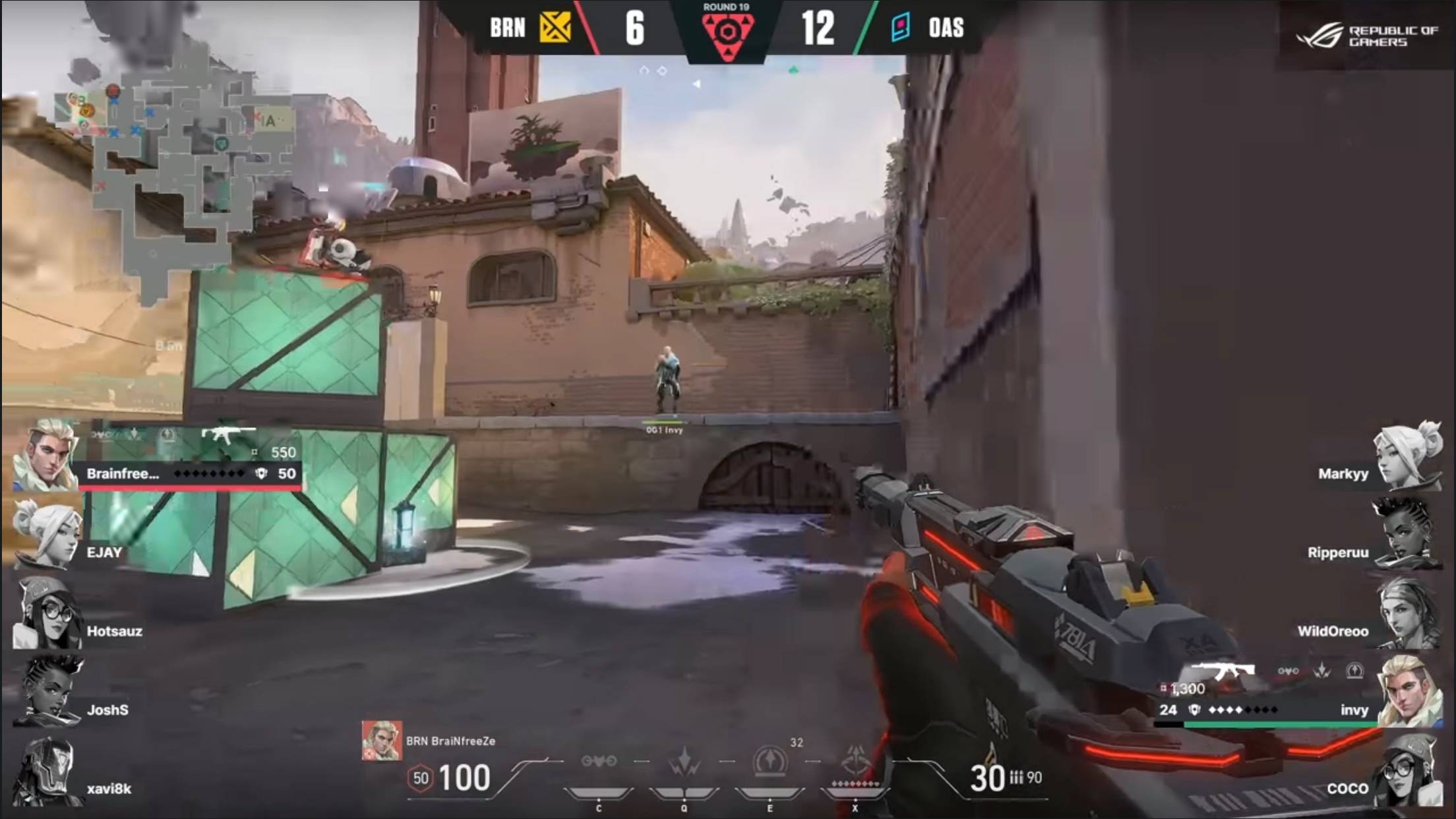 Oasis Gaming crushed Bren Esports’ playoff hopes after a 2-0 sweep in the second match of the day.

Already assured of a spot in the playoffs, Oasis Gaming did not hold back against the upset-seeking Bren Esports. The Bernard Chong-owned franchise was looking good at Icebox in Map One, sitting on a comfortable 7-3 lead entering the half. It was where duelists Mark “Marky” Tuling (Jett) and Bhreyanne “Wild0reoo” Reyes (Raze) sparked a 10-0 blast to help Oasis Gaming turnback Bren Esports, 13-7, in the opener.

#ReadMore  BREN Esports made sure to ban Diggie vs Burmese Ghouls: 'We developed PTSD'

Marky and Wild0oreoo delivered 23 and 22 points, respectively, for Oasis Gaming.

It was pretty much the same story in Map Two (Ascent) as Oasis Gaming took control all throughout the match with a 13-6 victory. It was Adrian “invy” Reyes, who played Sova, who paved the way for Oasis with a 20-11-12 KDA line.

Oasis Gaming, who now has a 4-2 record in the Group A standings, is now waiting at the upper bracket semifinals, while Bren Esports is now eliminated from the tournament. 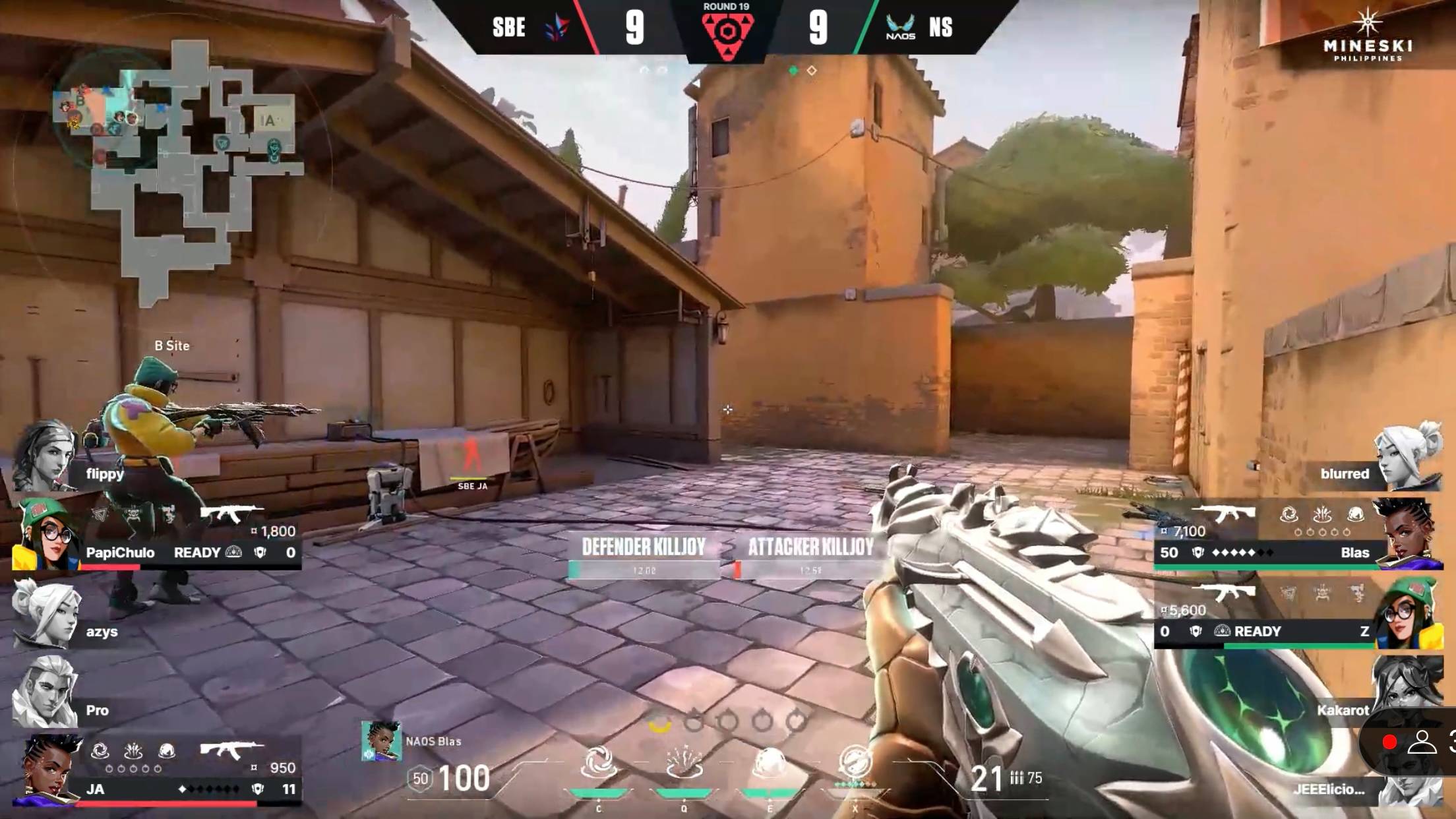 South Built, though, did not go down without a fight. The team showed dominance early in Map Two at Ascent with a 9-3 lead, before the 9-3 curse haunted them back with NAOS Esports finishing the game with a 10-2 run to complete the comeback win, 13-11, to seal the sweep.

NAOS dominated the first half of Map One (Icebox) where they led 9-3 at the half. South Built tried to come back, but Oscar “Kakarot.” Farin (Chamber) was just too much for SBE, 13-11.