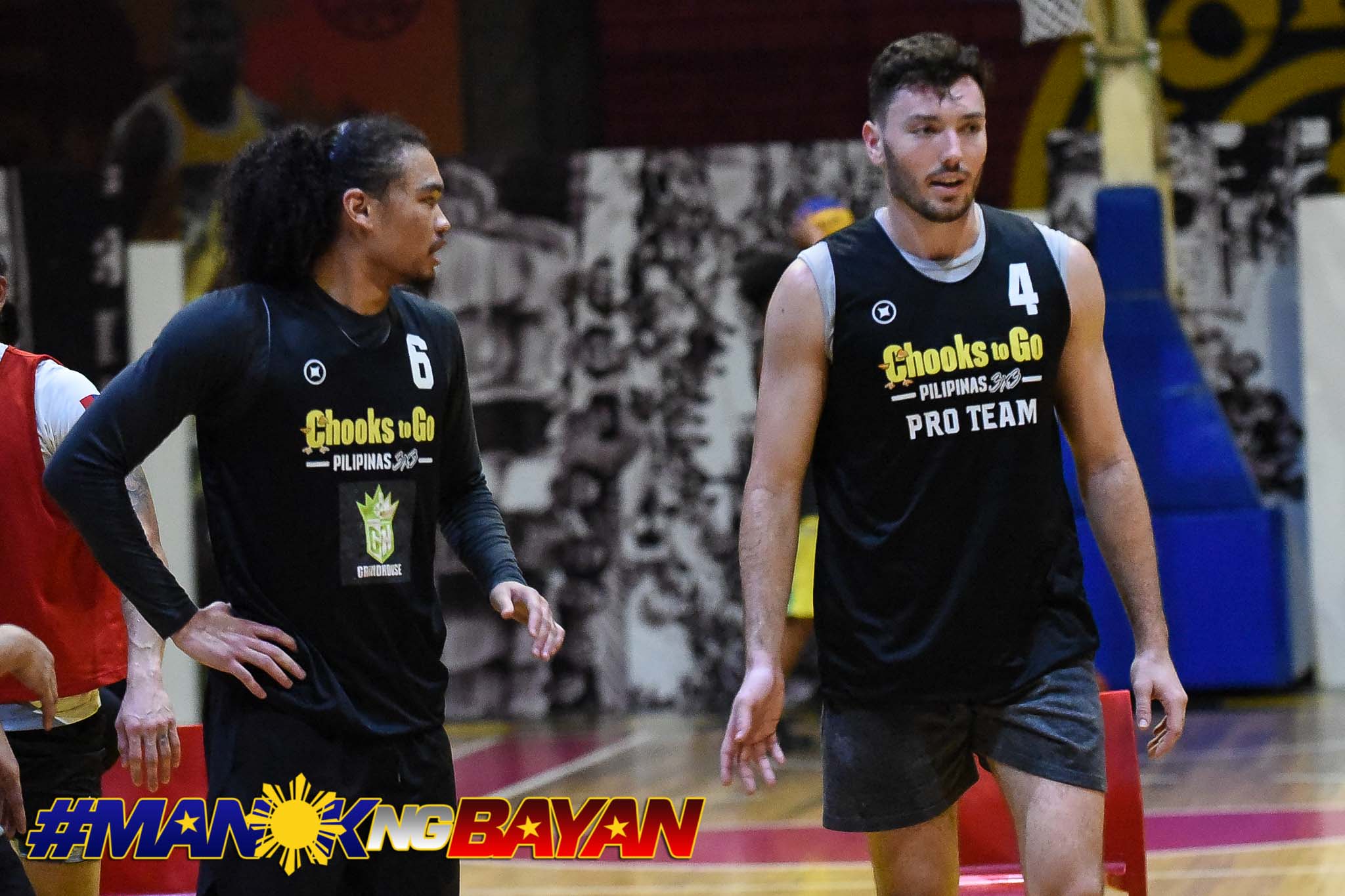 Pasig Chooks-to-Go and Liman are set to cross paths anew.

First facing off during the FIBA 3X3 World Tour Doha Masters, the Filipino ball club and the Serbian powerhouse are set for another battle in the FIBA 3X3 Huaqiao International Kunshan Challenger slated from May 18-19 in China.

Pasig Chooks is grouped in Pool A with Liman of Serbia, along with Russian team Sosnovy BorCopRosatom.

This looming match-up is one to look forward to in the tourney that serves as the qualifier for the Chengdu Masters, given what transpired in their last meeting that highlighted the first day of the Doha Masters.

Eyes are on Pasig Chooks if they will be able to replicate the feat, but they might find it tougher this time around. Pasig will not have the services of imports Angelo Tsagarakis and Nikola Pavlovic no thanks to injuries.

Pavlovic is nursing a swollen left hand; meanwhile, Tsagarakis is still recovering from a semi-fractured rib, which he sustained during the Doha Masters.

Without the two World Tour veterans, Pasig Chooks will field the team that won the inaugural Chooks-to-Go Pilipinas 3×3 President’s Cup. Joshua Munzon and Taylor Statham will be rejoined by Troy Rike and Dylan Ababou.

“I have the utmost confidence in Troy and Dylan,” said Statham, who had nine points in the game to go along with five rebounds. “We played together for four months and it doesn’t matter how good players are, the team camaraderie is what’s so important. And you can’t replicate the experience.”

Munzon and Statham know that it will be challenging without Pavlovic and Tsagarakis, but that does not mean they are losing confidence in their chances against Liman. According to them, their experience with one another will play a big factor.

“We won the local league championship together so I feel like we have that chemistry,” pointed out Munzon, who chipped in four markers against Liman. “Experience is everything in 3×3. We definitely hope they get their rhythm and can contribute and do their thing too.”

Pasig open their campaign against Sosnovy on Saturday at 5:55 pm, before taking on Liman at 7:40 pm.

The top two teams in the group will advance to the knockout playoffs on Sunday.

The winner of the tournament will bring home a ticket to the Chengdu Masters and USD 15,000. Second place pockets USD 10,000, while third and fourth-placed squads will go home with USD 5,000 and USD 2,000, respectively.

Games will be shown live over at https://www.youtube.com/watch?v=rqhzr913pCY.