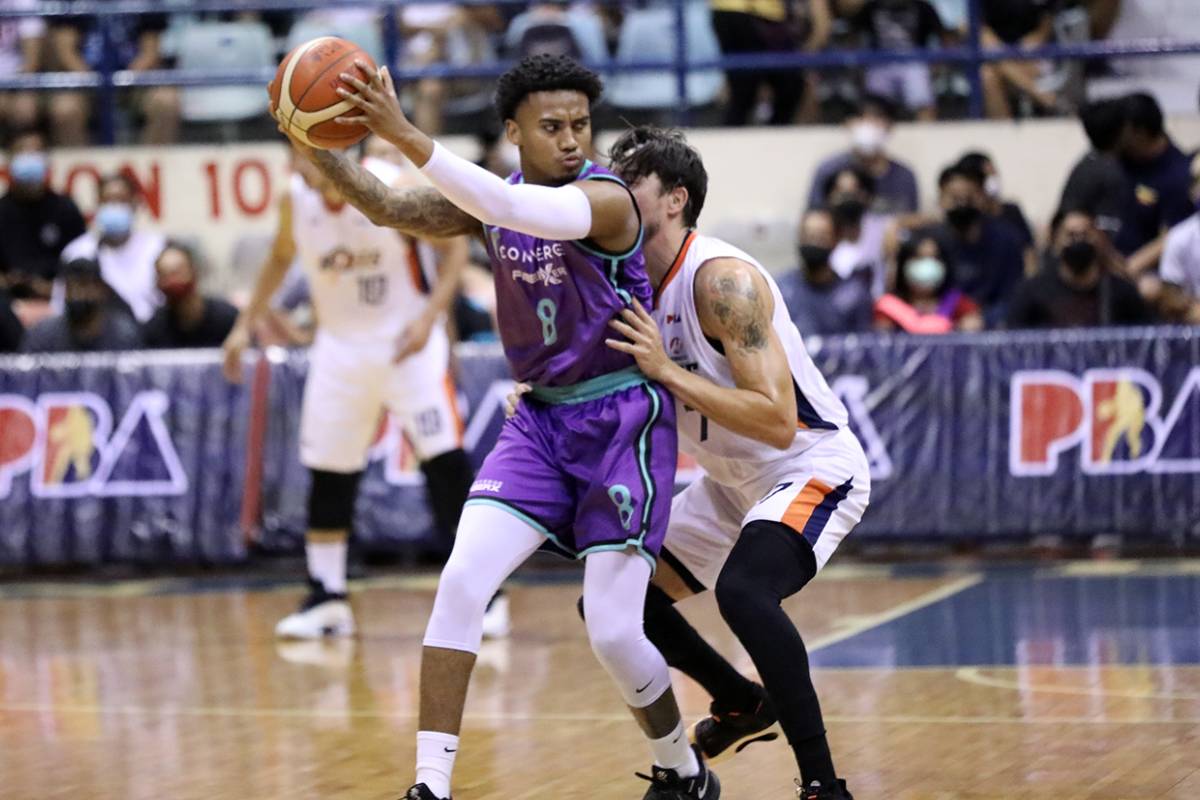 ANTIPOLO – Taylor Browne showed what he can do when given the opportunity as Converge faced Meralco in Thursday night’s PBA Philippine Cup action.

The sophomore gunner fired 14 points on four three-pointers in 18 minutes of play, turning in easily the best performance of his young career since being drafted 16th overall by Alaska in the talent-laden 2021 Rookie Draft.

It was just unfortunate that such a fine outing got overshadowed by the FiberXers’ 74-90 loss. But the 25-year-old definitely proved his worth.

“Just staying ready. I don’t have too much experience yet in the PBA, but it’s slowly coming at me,” he said moments after the match at Ynares Center.

“Coach Jeff [Cariaso] talks to me a lot about just staying ready, so you know, just putting the work in, and just being confident knowing that when I get in there, I gotta be ready and I gotta provide. So that’s what it felt like today.”

The 14 points he tallied already surpassed the 12 he made all throughout his rookie year, where he only played for a total of four games in the Season 46 Philippine Cup before curiously sitting out the entire Governors’ Cup.

Browne admitted that it wasn’t easy, but never did he lose faith. “It’s definitely difficult for any player, you know, not playing,” he said,

“But I knew that this is my first time here, and I’m just having to adjust. And I’m just being patient. I just made sure that I stayed patient and let it come to me,” he furthered. “It will naturally come with the hard work.”

His patience definitely paid off when he was given extended playing time, leading to a performance that even caught Meralco by surprise.

#ReadMore  Bali Pure's Bello thankful to be given one more chance

“We always knew he could shoot,” said Bolts head coach Norman Black of the Fil-Canadian guard. “I think everybody saw his videos before he got drafted where he was making three-point shot after three-point shot.

“Always wondered why he wasn’t playing more but at the same time, that’s not really my concern. But tonight, he surprised us by making those three-pointers.

“He made some of them in transition, where we couldn’t catch up with him. We couldn’t get close enough to him. But obviously, he is a really good shooter, and looks like he has a future in the league,” added the champion mentor.

Still, the objective remains the same for Browne even after a career-high showing and hopes to build from it moving forward.

“I’m just continuing to put in the work. Staying ready, like I said. Whether I play again or I don’t play again, I’ll be ready,” said the University of British Columbia alum.

“Hopefully this is a building block for me where I can step off from here.”