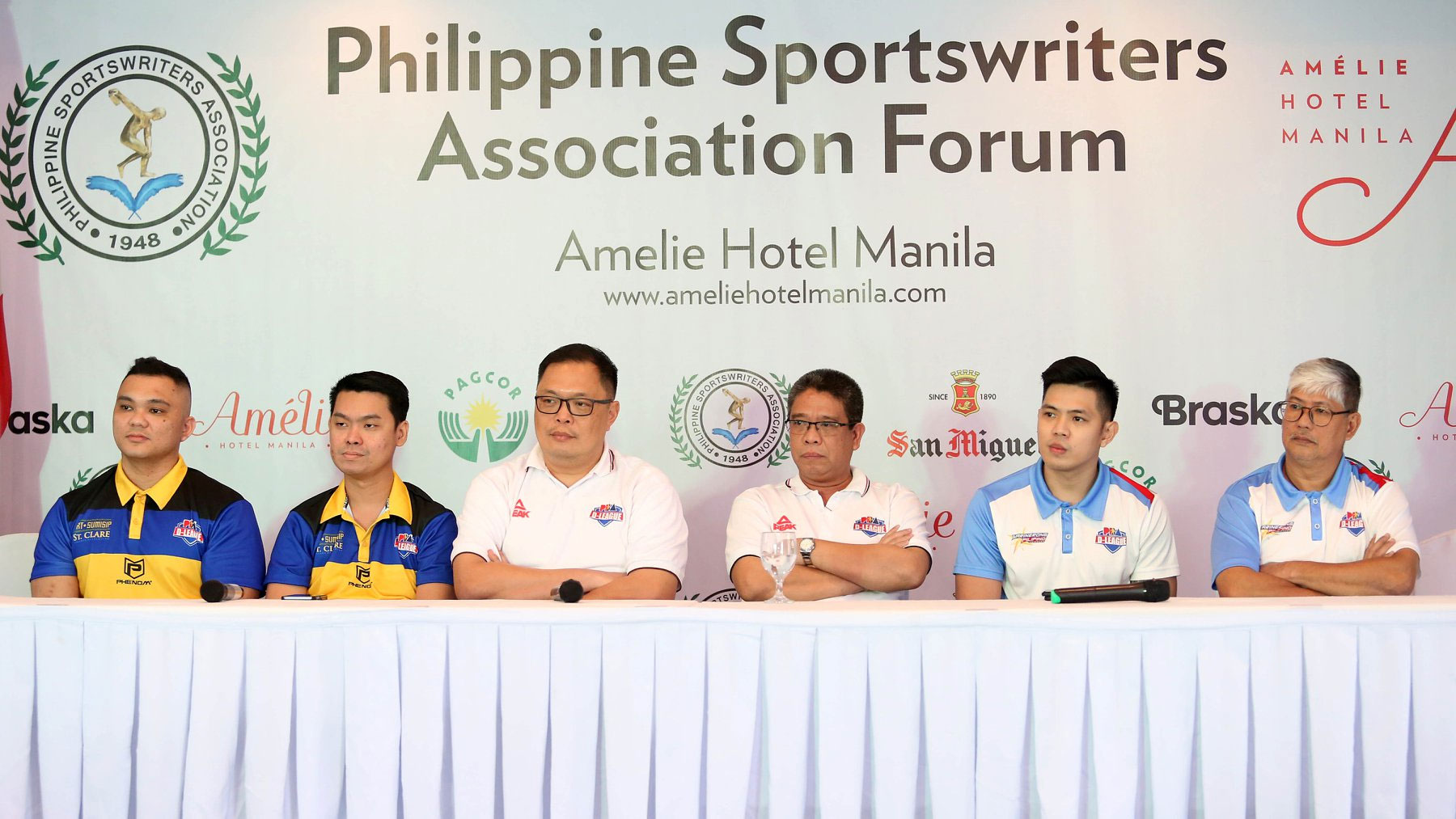 It isn’t easy to pick a favorite in the 2019 PBA D-League Foundation Cup best-of-three finals between a well-rested Marinerong Pilipino and a surging BRT Sumisip-St. Clare.

Even representatives from both teams are trying to downplay their respective chances in the title series, which begins on Thursday at the Ynares Center in Pasig City.

“Marinero has a deeper bench. But since day one, our vision and goal is to win the title,” said BRT assistant coach Jerson Cabiltes during Tuesday’s Philippine Sportswriters Association (PSA) Forum at Amelie Hotel Manila.

BRT team manager Jackson Chua likened Marinero — who swept the Technological Institute of the Philippines in their best-of-three semis, and have yet to lose a game in this short tournament — to an “all-star lineup.”

“This is our first time in the D-League finals,” said Banal, who brushed aside a suggestion that they should be the favorites in the title series.

“Not necessarily. We just have to play our game the right way. Malakas ang kalaban. They have young players and veterans, too,” he said.

Game 2 of the finals will be played on Oct. 9 at the Cuneta Astrodome. If necessary, a third game will be staged Oct. 14 at the Paco Arena.

D-League consultant Joey Guanio, on his part, said it will be a tall order for BRT because Marinero “is a team that doesn’t stop whether it’s leading or trailing.”

But the former PBA player and ex-UP Maroon said BRT — who needed three games to beat Centro Escolar U in the semis — can win it all if “it can show composure in the endgame.”