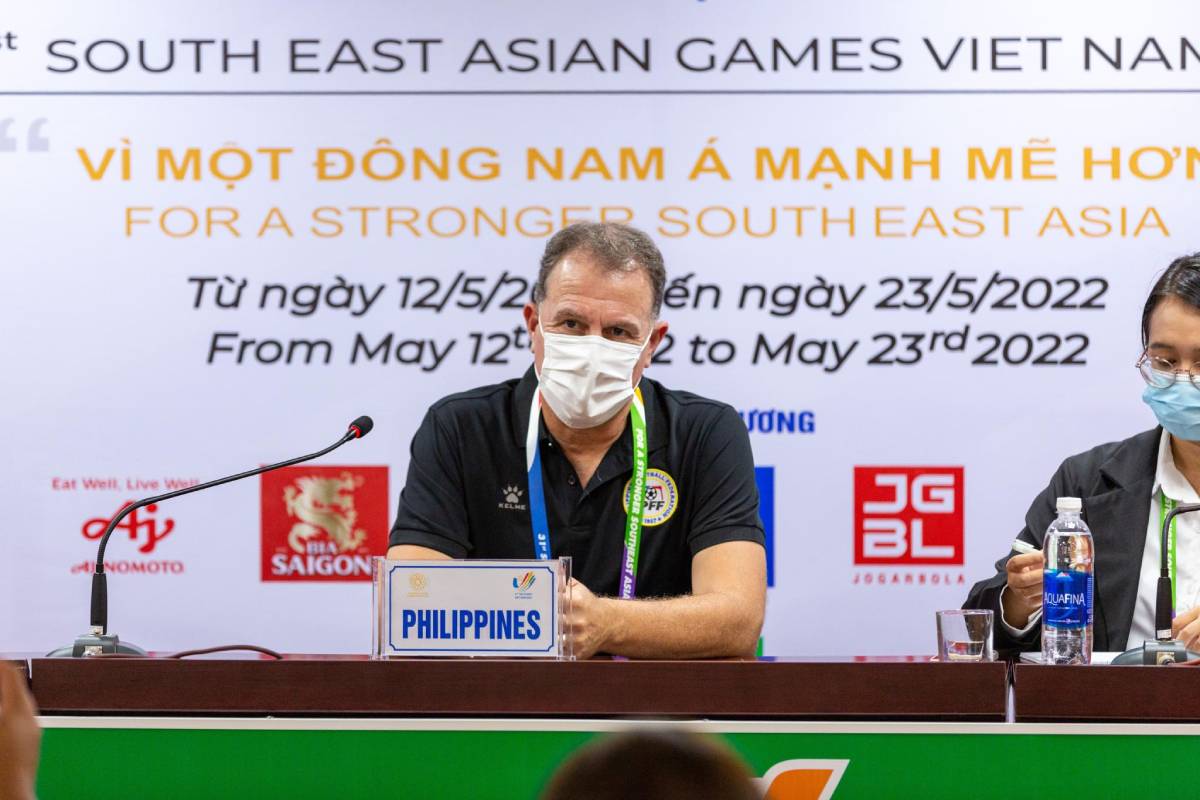 Coming off a historical 2022 AFC Women’s Asian Cup campaign that saw the Philippines qualify for the FIFA Women’s World Cup for the first time in its history, hopes were high that the Philippine Women’s National Football Team would be able to emerge victorious in the 31st Southeast Asian Games.

However, any ambitions of earning a gold medal finish were brought to a premature end after the Filipinas folded 3-0 at the hands of Thailand – which relegated them to the third-place playoff against Myanmar this Saturday.

“Thailand was the better team no doubt,” admitted Philippines coach Alen Stajcic. “Their passing was better, their movement was better, their finishing was better. We had lots of chances in the first half especially but we didn’t take those chances and the scoreboard pressure added up in the second half.

“In the first half we had five-six chances as well and in football you have to take those chances to create your own scoreboard pressure, but we didn’t do that and Thailand did,” he continued. “Overall, they were the better team; more clinical, better passing, better execution with their movement than us but that’s not to say we didn’t have our chances, especially in the first half we had 6-7 chances to score and even take the lead early and definitely equalize when we hit the post that one time.

“We had our chances but ultimately when you’re losing, you have to go for the win under pressure we just didn’t have enough to get back in the game.”

While all is not lost – a bronze medal would constitute tangible progress considering that the last time the Filipinas achieved a podium finish was back in 1985 – there is a sense of regret that the current batch was not able to make that breakthrough finals appearance.

Not even the prospect of getting a measure of revenge against Myanmar, whom the Filipinas lost to last time around on home soil in the bronze medal game back in 2019 is on the minds of Stajcic and the players.

Truly, this is the type of result that can strengthen the team’s resolve amidst its preparations for next year’s World Cup hosted by Australia and New Zealand.

“This is part of our journey. We’re only emerging at this level. Vietnam, Thailand and Myanmar have been playing at this level for the last 10-12 years. I remember Vietnam and Thailand were losing by big scores. That’s part of the learning, part of the journey and we’ve only just started on this journey on this level of football,” said the 48-year-old mentor.

“We haven’t been in this level of football for quite a long time. We’ve only been at the last Asian Cup in Jordan and in India so you know we’re gonna get 4-5 years at this level compared to Vietnam and Thailand and these players in Thailand have been to two World Cups, 3-4 Asian Cups – they all had more than 100 caps and they showed their experience and quality,” he continued.

“For us it’s a learning curve. We’re new at this level and we’ll get better, we have no fear about that.”

With tougher tests ahead, the Filipinas have learned a tough lesson on the road to becoming a truly world-class team. Redemption against Myanmar for that bronze medal finish is a start as they will be forced to prove themselves time and time again.