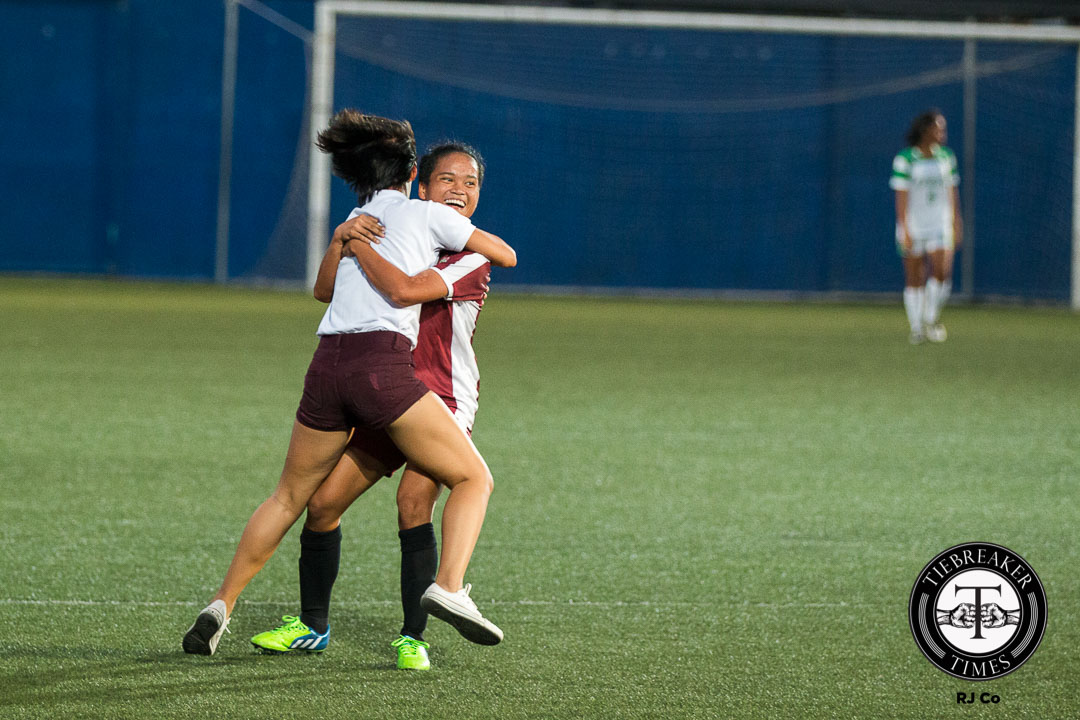 For the second straight year, the University of the Philippines Lady Maroons will compete in the UAAP Women’s Football Tournament finals. Season 78 has been a rocky campaign for the Lady Maroons, with injuries and inconsistency plaguing them, but they deservedly found a way to join the De La Salle University Lady Archers in the finals.

Last April 16, 2016, UP secured their finals slot at the expense of the Ateneo de Manila University Lady Eagles, in which third year forward BG Sta. Clara played a crucial role. Sta. Clara scored two goals, which were enough to eliminate Ateneo and clinch the three points needed to get to the finals.

UP have their work cut out for them if they want to be champions. The currently-undefeated La Salle will be their opponents on May 5, 2016 (Thursday) at the Rizal Memorial Stadium in Manila for the title. However, one thing which might be in the Lady Maroons’ favor is that they’re the only squad who has forced the Lady Archers to drop points in both teams, 2-2, draw this second round. Sta. Clara said, Ok siya kasi may chance talaga kami mag champion. Dahil hindi naman sa malakas ang kalaban, kaya namin kalabanin sila.”

Sta. Clara felt that she and the rest of the Lady Maroons have had a successful Season 78 campaign; they have reached the finals, and she believes it is because of how hard they’ve worked. Nonetheless, she is under no illusions of what needs to be done come the finals against La Salle. “Sa finals siyempre yun na talaga yung pinaka-big na game so kailangan ibigay na ang lahat, ibubuhos na ang lahat. Buwis buhay kung kailangan. Sana manalo.”

La Salle’s dominance this Season 78 names them favorites for the championship. At the end of the day, though, this is football, and UP have every chance to send La Salle into meltdown with an upset on Thursday. Expect Sta. Clara to be one of the key cogs of a potential UP title win.

Morado regrets not sending seniors off with championship