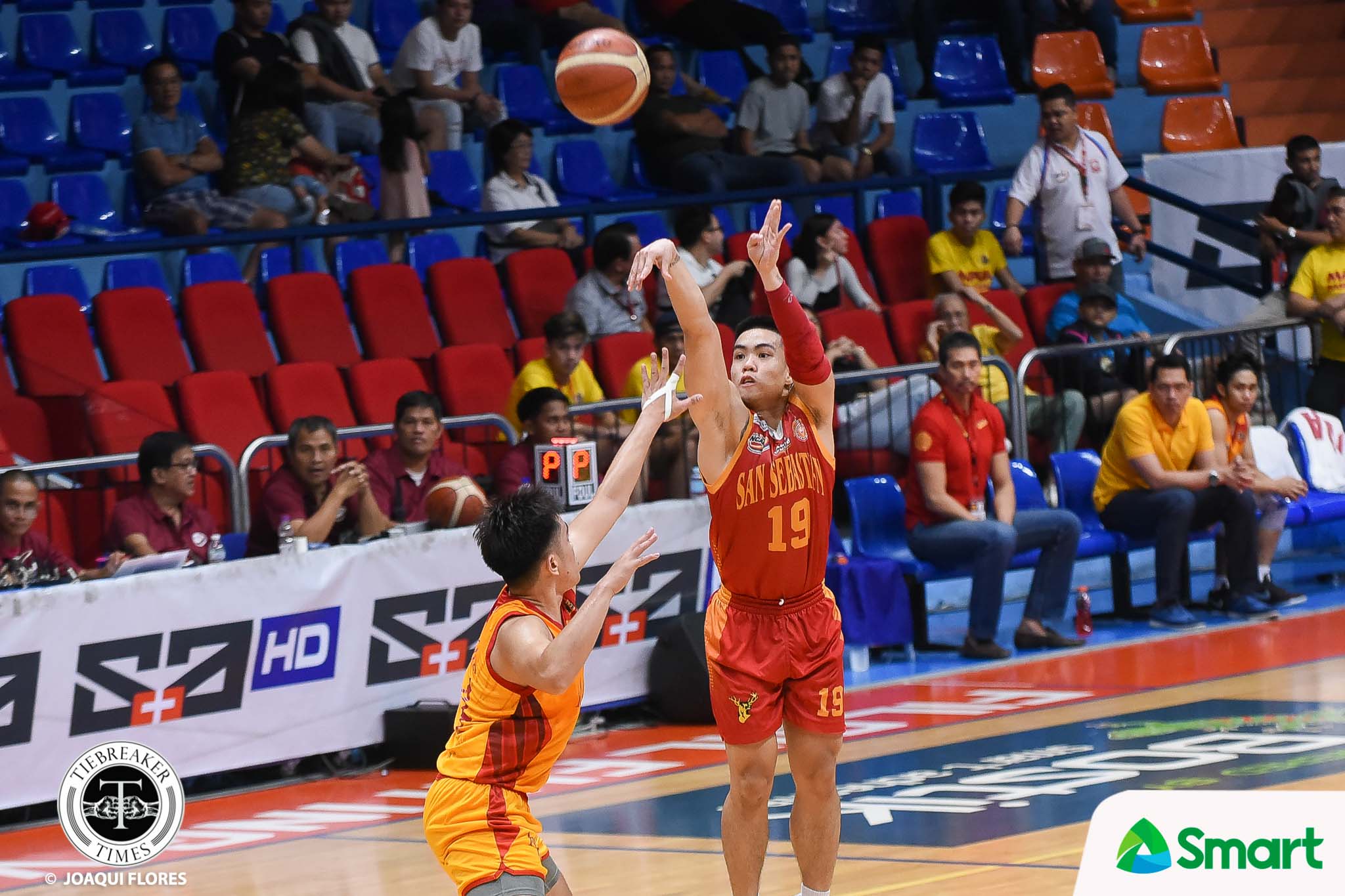 Wanting to end the season strong, RK Ilagan and the San Sebastian College-Recoletos Golden Stags bombarded the Mapua University Cardinals, picking up an 86-64 win in their penultimate game of the season, Friday afternoon at the Filoil Flying V Centre.

And it was Ilagan who led the way.

The third-year guard – who cost San Sebastian two wins in the first round of the NCAA Season 94 Seniors Basketball Tournament – erupted for 26 points built on six triples. He went 10-for-15 from the field.

For Ilagan, he just wanted to end his senior Michael Calisaan’s NCAA career on a high note.

Calisaan had 16 points and five rebounds, while Allyn Bulanadi and Ken Villapando had 10 points each.

Warren Bonifacio was the sole bright spot for Mapua with 14 points and 15 rebounds.