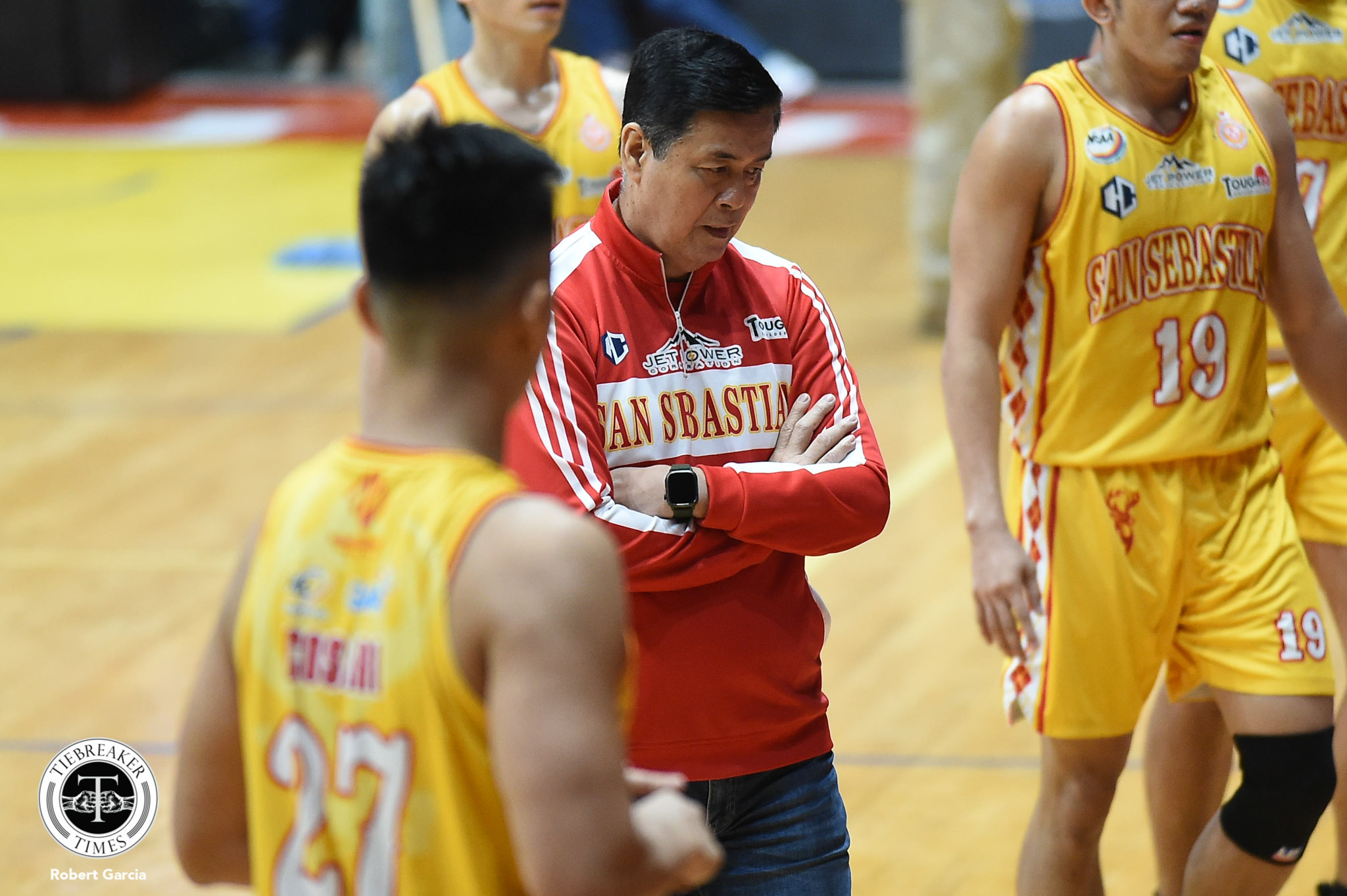 San Sebastian College-Recoletos is now out of the final four race of the NCAA Season 98 Seniors Basketball Tournament after an 83-78 loss to College of St. Benilde.

And Golden Stags head coach Egay Macaraya was not on the court to see the stand put up by his wards.

His request was denied by the game officials — even slapping him with an ejection.

The Stags tactician refused to leave the court and fought for his right. His request was later on granted but nothing good came out of it due to the technical and disqualifying foul called on him. And to put a nail into the coffin, his ejection still went through.

Macaraya is still also torn about complaining since their teams is already out of the picture and thinks that their complain would just lead to nowhere.

It was not the first time that Macaraya was ignored by game officials for a challenge as during their game against San Beda, San Sebastian was also denied a challenge after a supposed eight-second call.

At the start of the game, Blazers’ Will Gozum also hit the face of Stags’ Rhinwhill Yambing and blood went pouring out of his head.

The officials also did not review the play and Yambing was even called for a blocking foul as he was being escorted back to the dugout to be checked.

And now that they are officially out of the final four sweepstakes, Macaraya has a wish from the league.