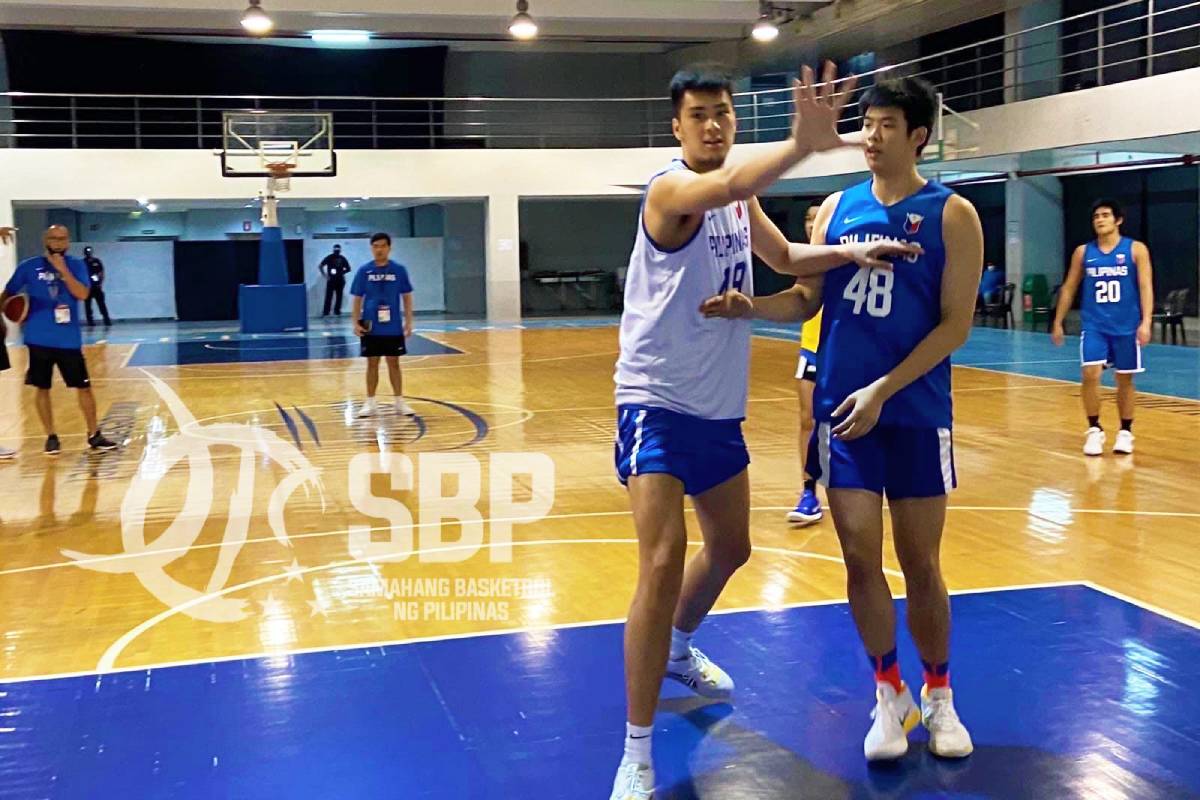 Unlike during his last stint with the national team back in the 2019 FIBA Under-19 World Cup, though, he will not be alone in manning the country’s frontline.

Also with the 7-foot-3 big man is recently-naturalized big Angelo Kouame, who stands at 6-foot-11.

And he can’t wait to share the floor with Kouame.

“It’s been really good. Exciting just to imagine that I can share the court with him,” he said.

Sotto and Chiu go back a long way, since they were both in Ateneo High School until 2019. On the other hand, he has faced off against Tamayo numerous times in the UAAP.

All three were also part of Gilas Youth’s last cycle.

“Besides Ange, there are really good players out there in Geo Chiu and Carl Tamayo. There’s AJ Edu also, who is not here, but I’m excited to play with again soon,” he expressed.

“So it’s just there’s really a lot of good talent in this team.”

Helping Sotto along the way is team captain Isaac Go.

Go has taken Sotto under his wing over the past few days as the 6-foot-7 stretch big has served as his mentor.

For Sotto, he feels lucky to have Go not just as his captain and teammate, but also as his friend.

“Isaac Go has been a good teammate, a good friend, and a good captain. He is a really good leader that leads by example. He’s not really the most talkative but when he talks, it really means something,” shared the 19-year-old Sotto.

“So, he’s a really good teammate, and I’m lucky to be on the same team with Isaac Go.”