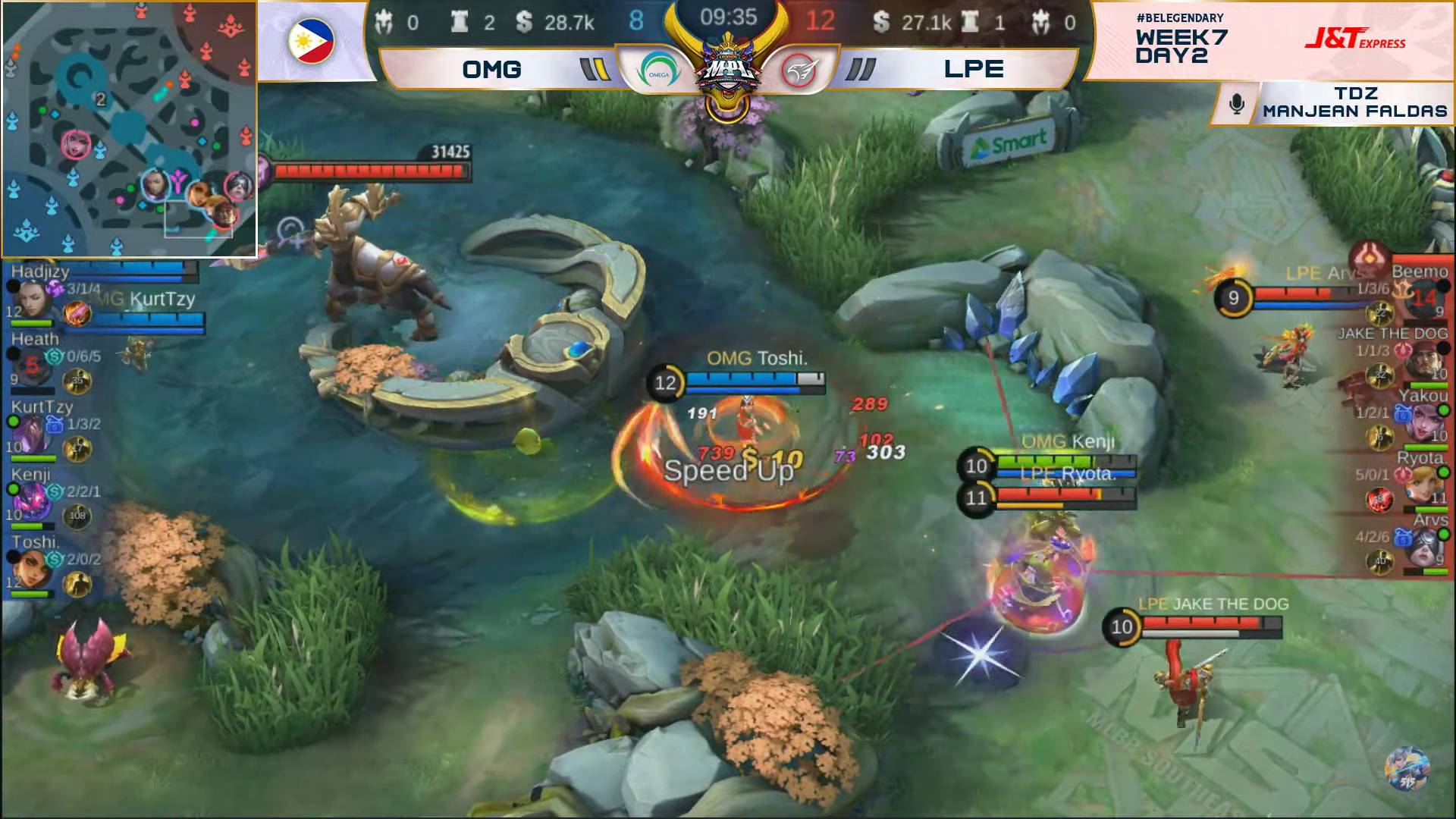 The win kept Omega Esports’ upper bracket bid alive as they took second place in Group B with 20 points through a 6-6 card.

Playbook went for the unorthodox Fanny pick in Game Two, with Ryota flaunting his mechanical skills in the early game.

However, a shutdown on Ryota, who had four kills in the early game, proved to be too costly for Playbook as Omega Esports secured the Lord to take a huge map advantage.

Adrian “Toshi” Bacallo (Esmeralda) capped off the game with a Maniac. He also got the SMART MVP award with eight kills and six assists. 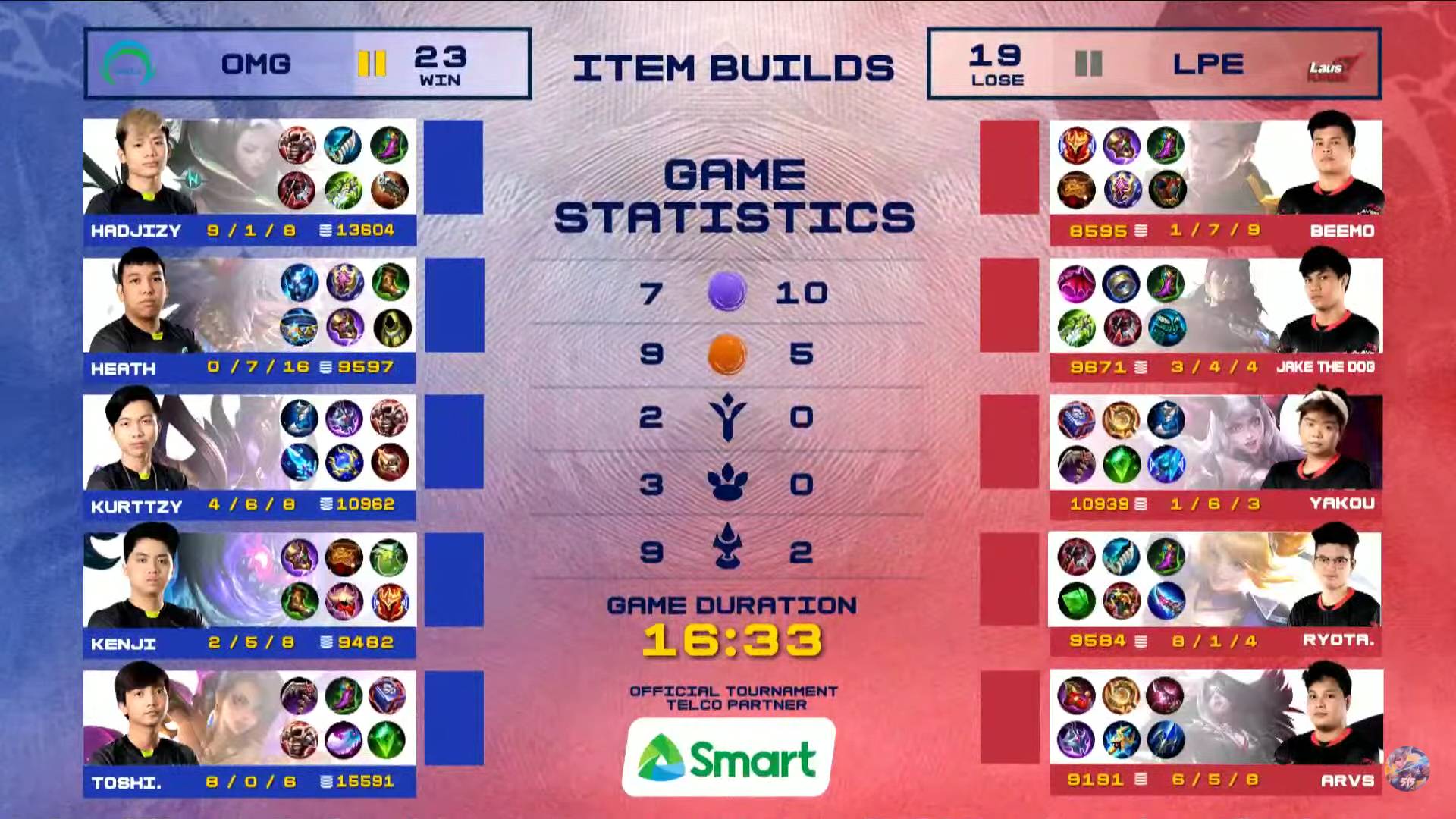 Playbook, who put Ryota in the jungler role, struggled all throughout the match which caused the team’s early downfall.

With Hadjizy at full strength, Omega Esports never gave Playbook a chance to turn the game around and sealed the game at 14 minutes and six seconds.

Jankurt “KurTzy” Matira’s Selena got the SMART MVP nod with six kills and three assists in Game One. 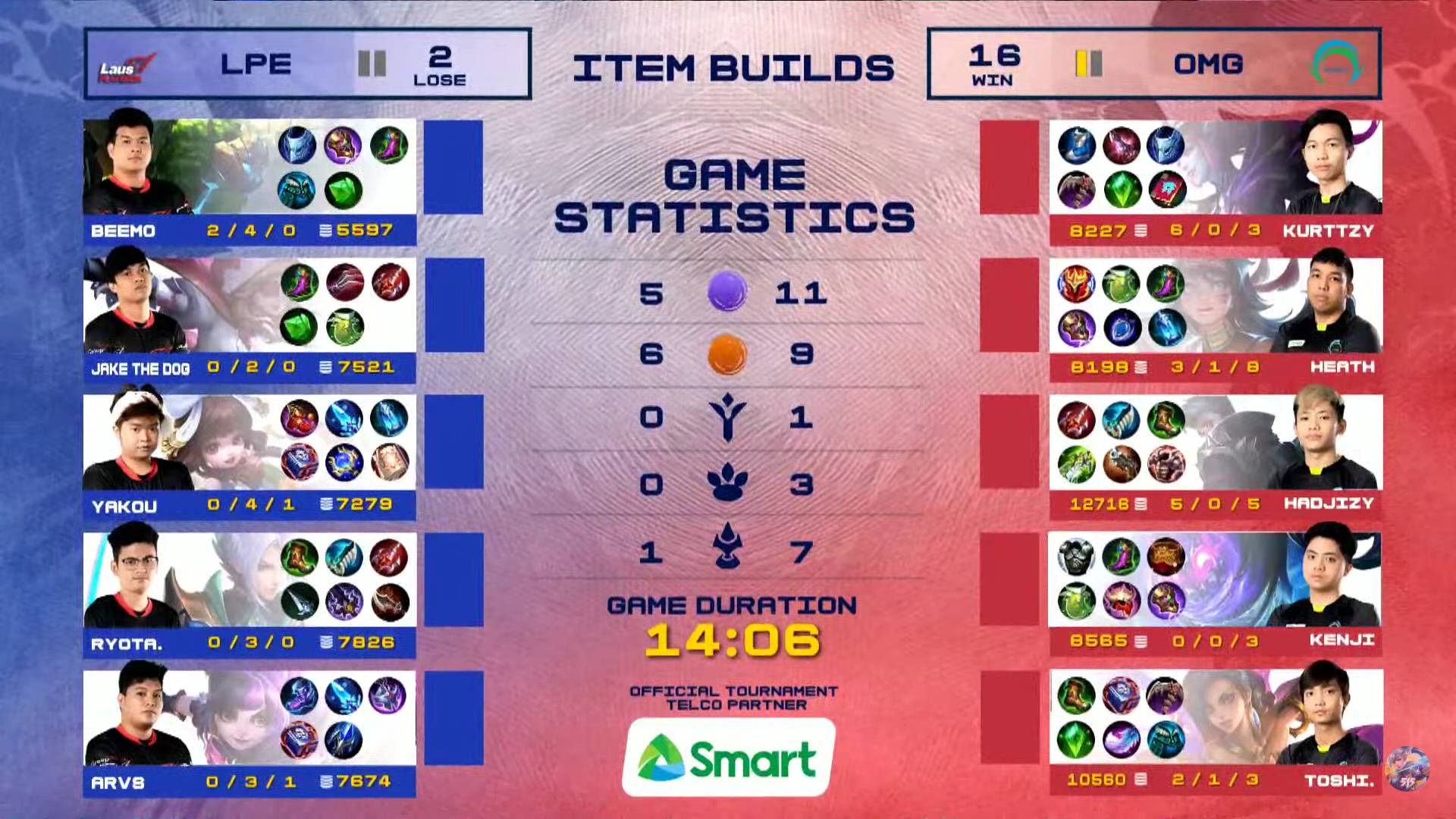 Playbook remained at the fifth spot in Group B with eight points and a 3-9 record.

Omega Esports looks to secure its upper bracket slot tomorrow against defending champion Bren Esports at 7:30 pm while Playbook will end its MPL stint at 3:00 pm against Work Auster Force.