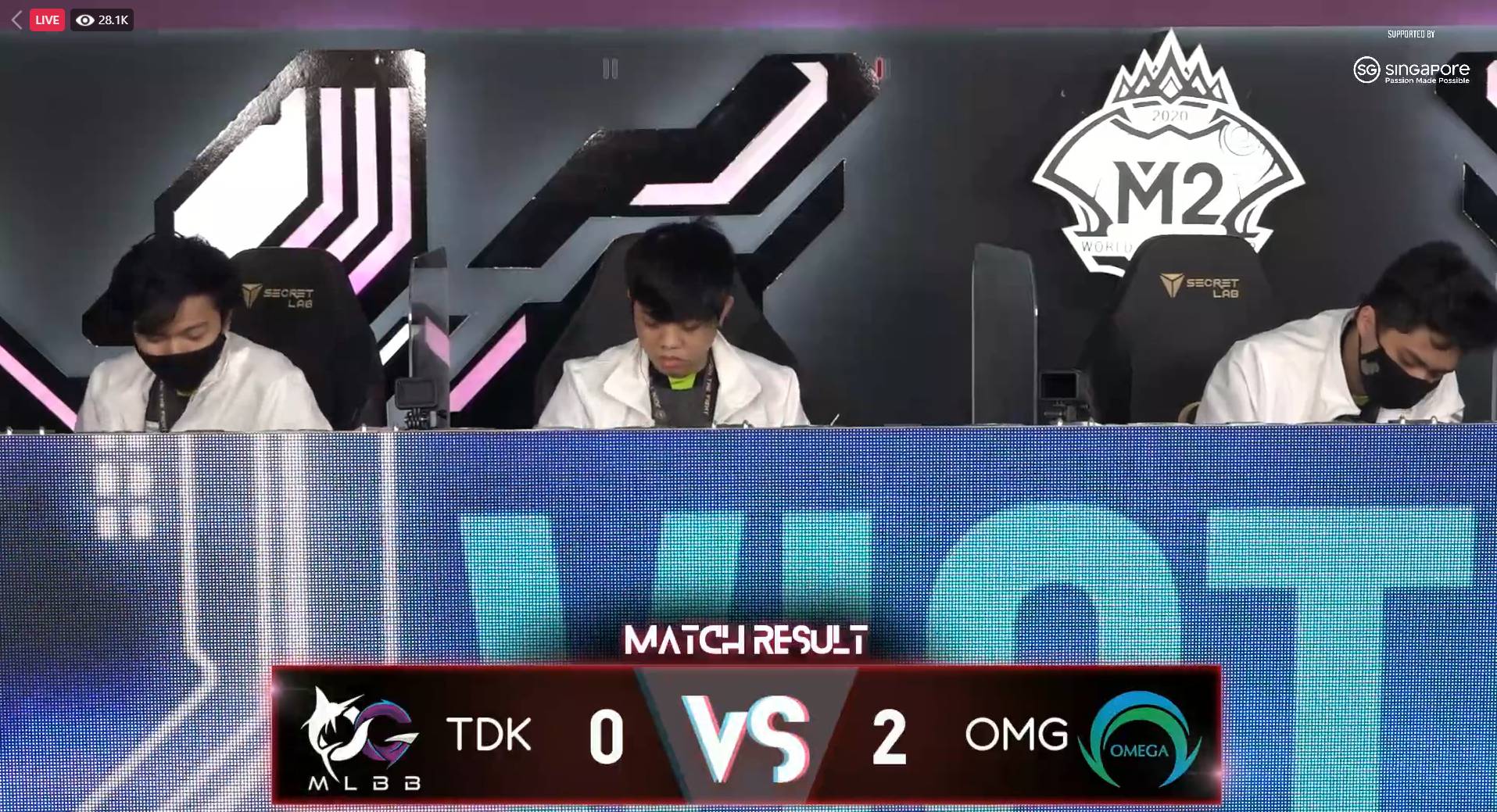 That, despite only Kenji, Haze, and KurTzy playing in the venue as Hadjizy and Heath had to make up for their stay-home notice. 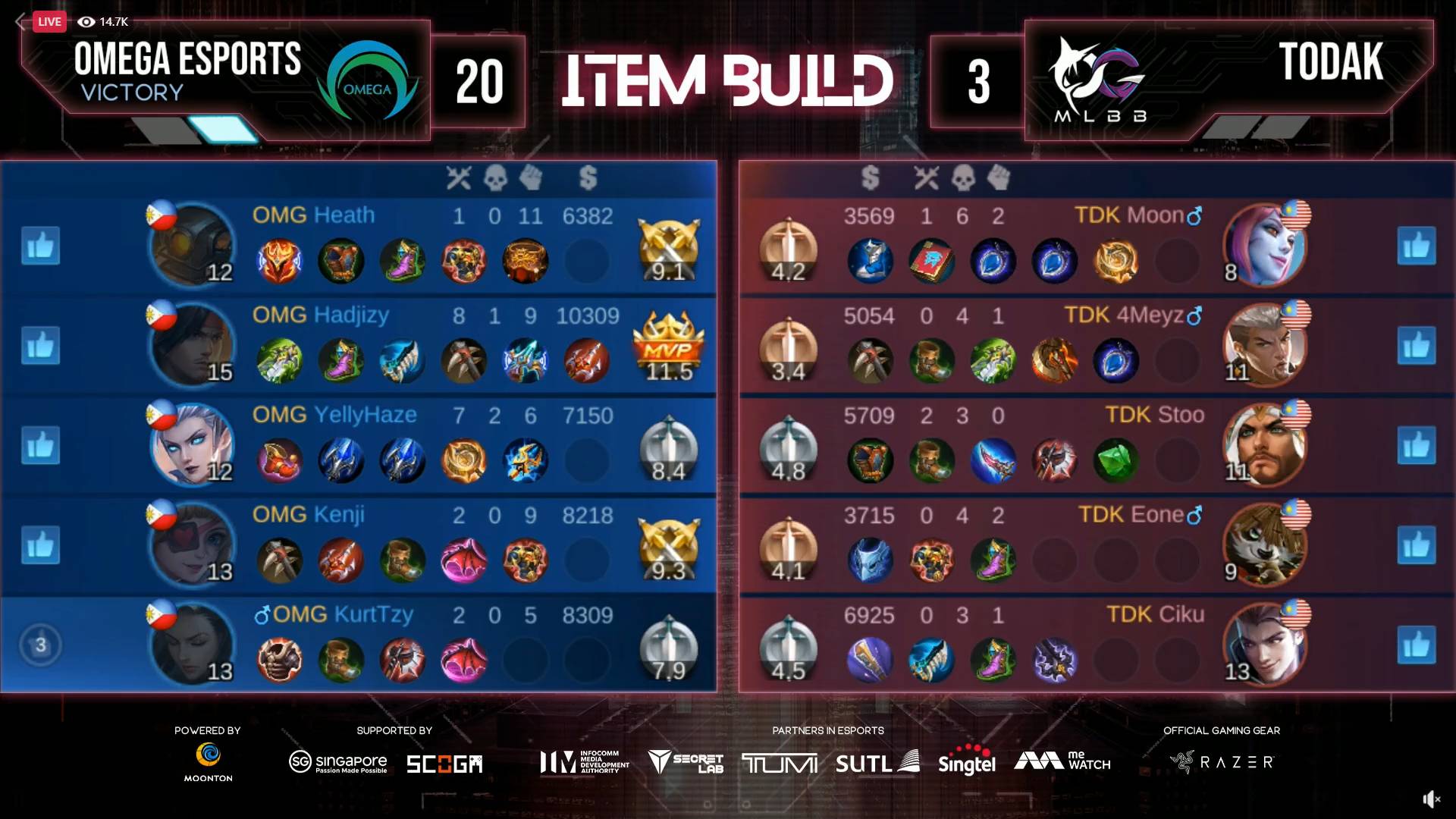 The MPL-Philippines second placer put on a show in Game One, putting up 20 kills in the match that lasted for 11 minutes and 25 seconds all while holding Todak to just three. 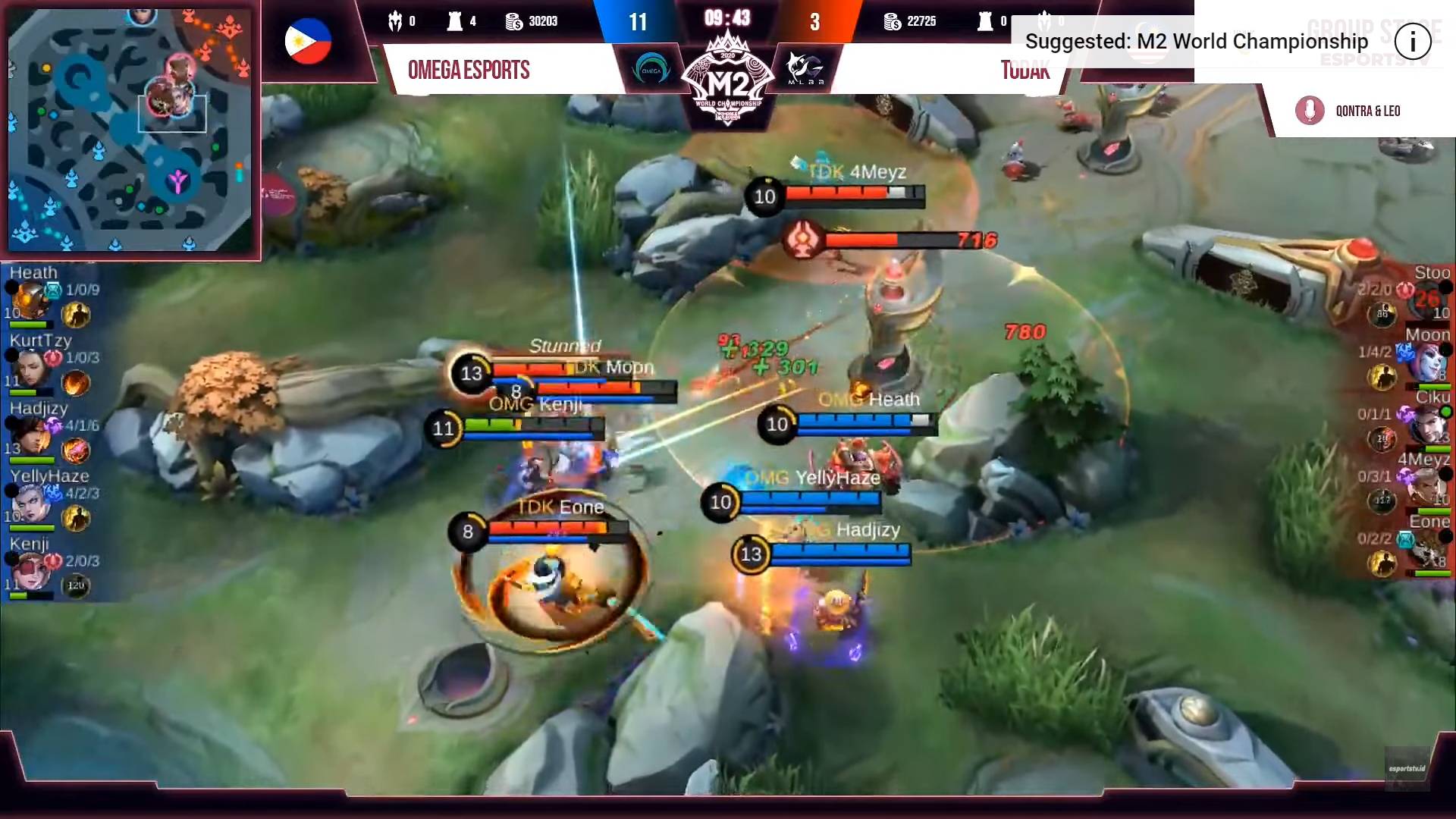 Heath was named MVP in the opener with a kill, zero deaths, and 11 assists across his name using his signature Jawhead.

On the other hand, Ciku’s Claude was held to just three deaths and an assist.

Todak fought back in Game Two, but it did not stop the Smart-backed squad from going for the jugular. 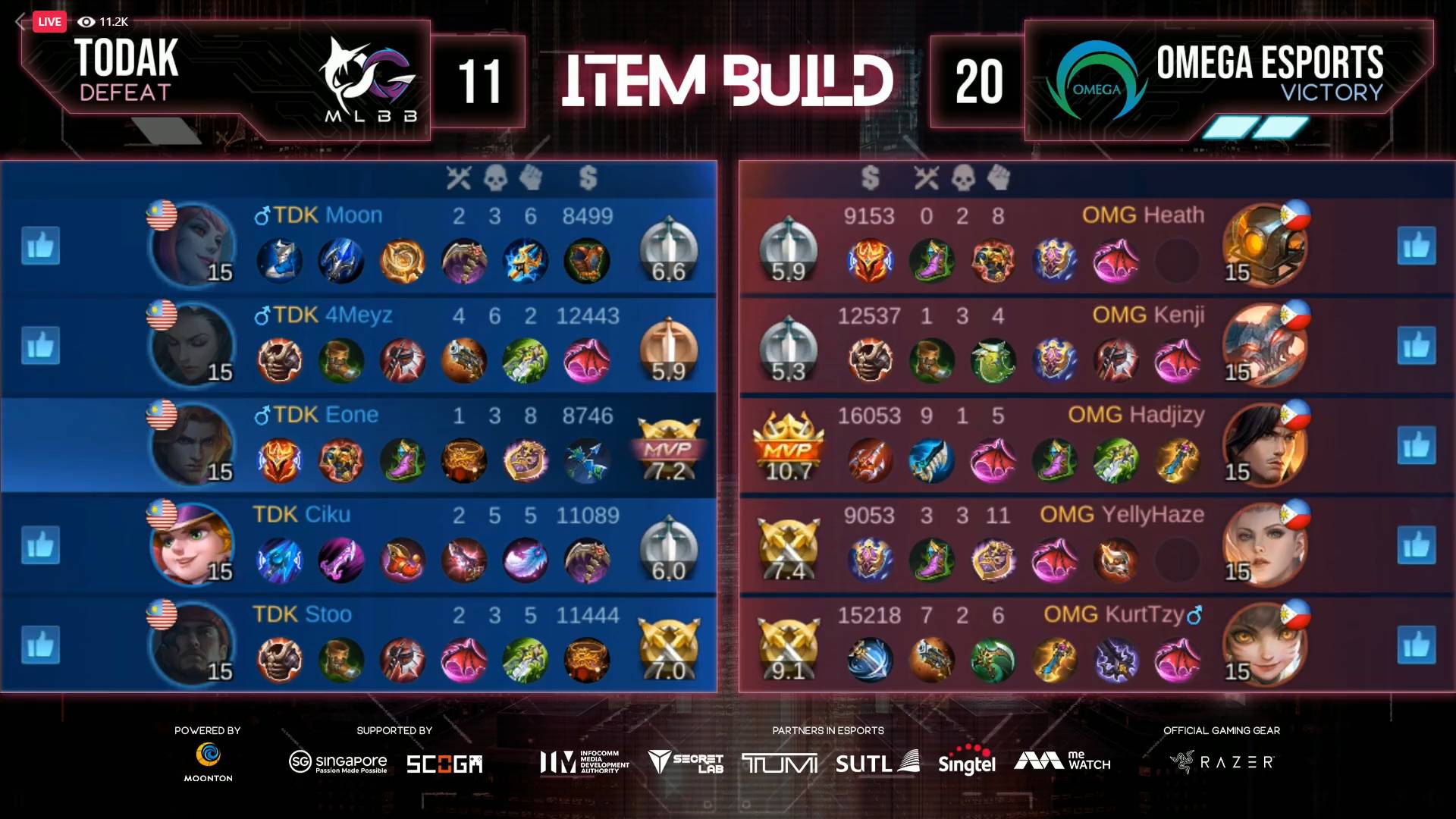 The Malaysians were able to secure the first lord of the match, but the KurTzy-led Omega Esports was able to wipe out Todak to tip the scales to their favor.

Hadjizy nabbed MVP honors with nine kills, a death, and five assists along with a total net worth of 16,053.

Smart Omega Esports will go up against Cambodia’s Impunity KH at 6:00 p.m. later to close out the group stages. 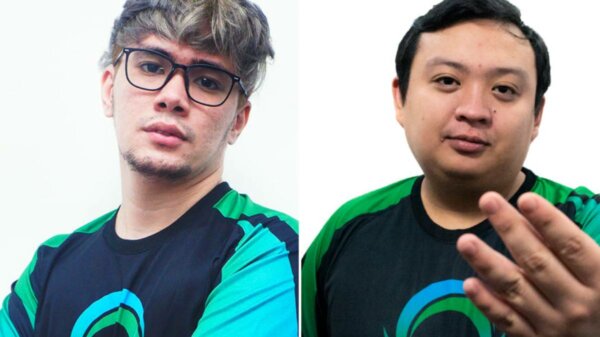