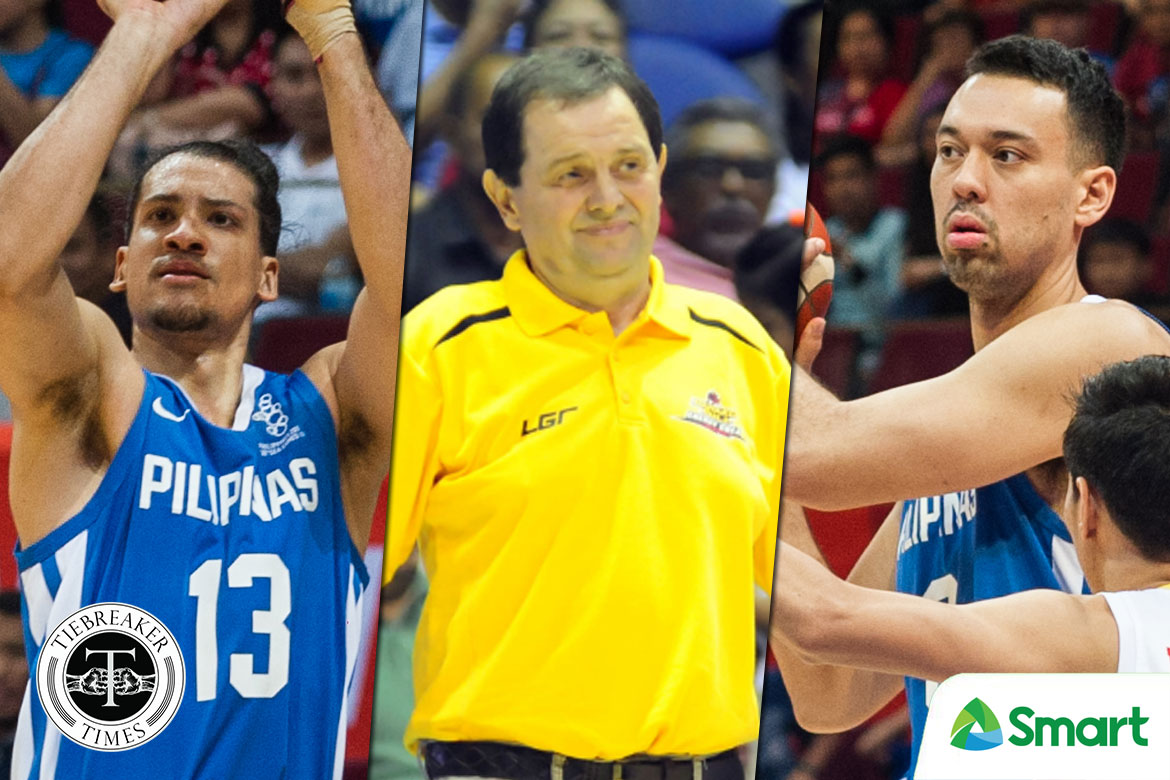 For Marcio Lassiter and Greg Slaughter, coach Rajko Toroman is a big factor behind their growth as players.

Lassiter and Slaughter were both part of the pioneering Gilas Pilipinas batch. Back then, the Serbian mentor was the one calling the shots for that team made up of the best college players in the country.

“Coach Rajko is my first coach. I played a lot with him, I learned a lot, and he helped me develop as a player,” said Lassiter, who joined Gilas after his career with California State-Fullerton.

“He brings really a quite serious approach to the game and I learned so much under him. Being that young and under him really helped me get to where I am today,” Slaughter said.

And so it will be a reunion of sorts on Monday at the SM Mall of Asia Arena, as the three will meet once more.

Lassiter, Slaughter, and the all-pro Gilas squad will face off against Toroman’s Indonesia in the semifinals of the 30th Southeast Asian Games men’s basketball competitions.

The Filipino dribblers head into the penultimate phase with plenty of momentum on their side following their 136-67 decimation of Myanmar last Saturday, having swept the group stages 3-0.

Slaughter, though, expects a well-prepared Indonesia to show up, as he knows Toroman is keen on details.

“Coach Rajko’s really big on details. With coach Rajko at the helm, you can always expect a tough team. He’s been there and went into the Olympics and he’s seen every level of basketball.”

Lassiter, on the other hand, expressed excitement about going up against the decorated Toroman, who took over the Indonesian national basketball team back in June of this year.

But sharp-shooting wing made it clear that friendships will be set aside while they all vie for the right to fight for the gold.

“It’s gonna be great to play against him. But at the same time, we know what’s at stake. We’re definitely not gonna play with friendship or anything like that,” said the 32-year-old.

“We’re gonna definitely play as hard as we can because we wanna get to the final round.”

Khate Castillo steps up when Gilas Women needed her the most