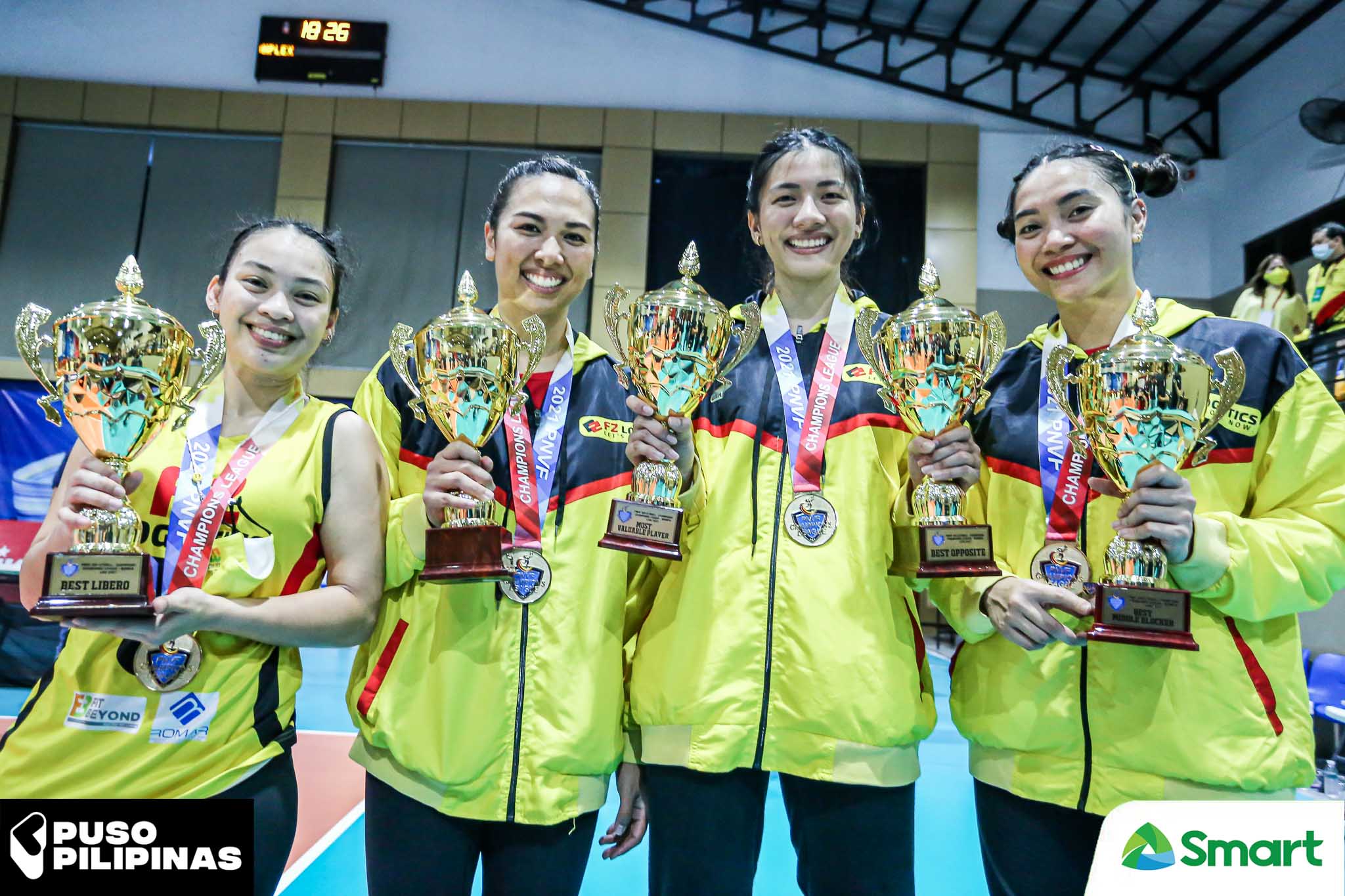 Emotional was Kianna Dy after becoming the first-ever Most Valuable Player of the Philippine National Volleyball Federation Champions League.

Definitely, it was worth the wait for the 26-year-old Dy, who last won an MVP plum in the UAAP Season 73 Girls’ Volleyball tournament back in 2011 when she was still with De La Salle Zobel.

“Teary-eyed nga ako because this is my first MVP ever.”

The fact that Dy waited for almost two years to suit up for her club team made the citation even sweeter. 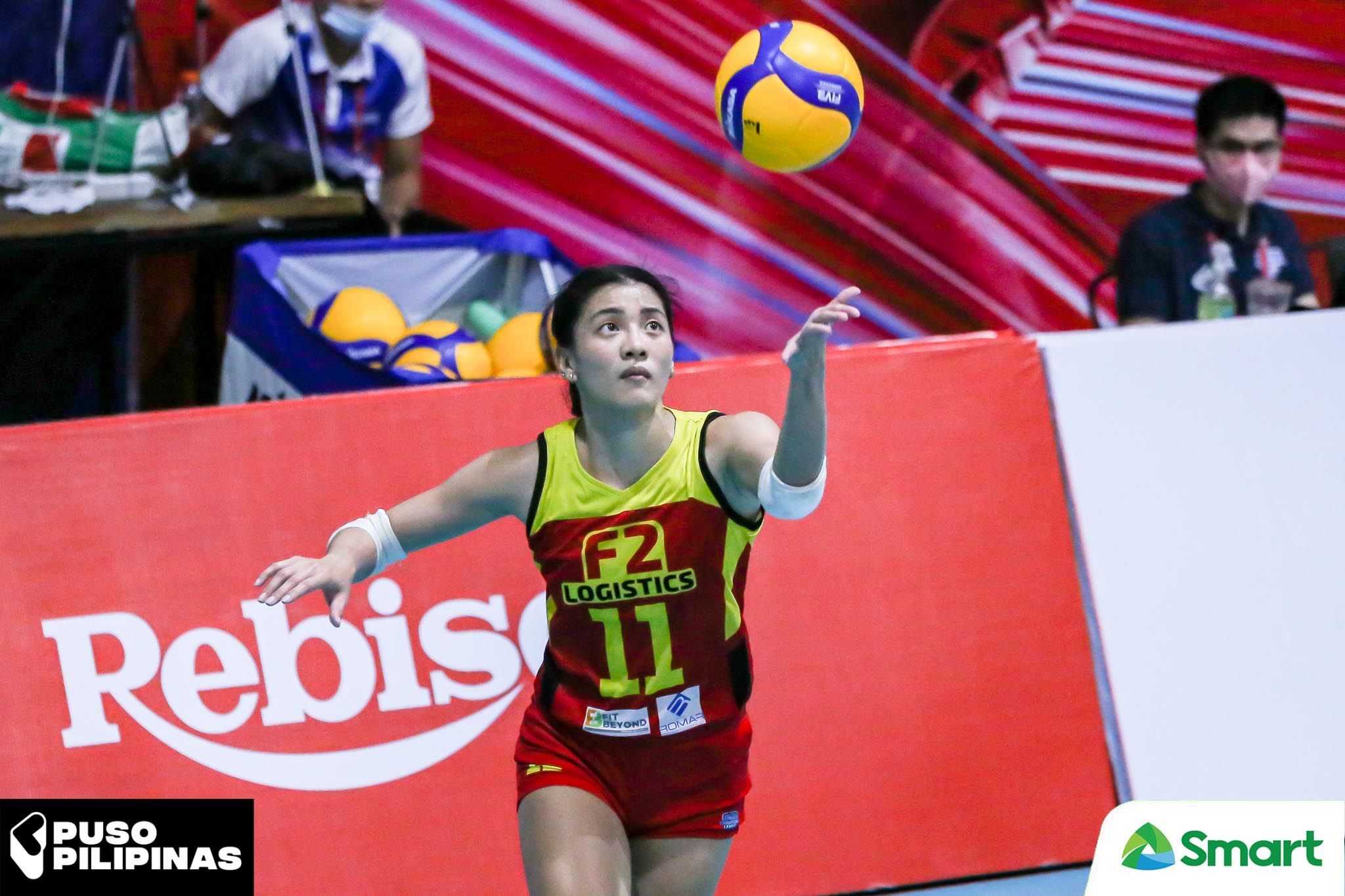 “Everything that happened in the bubble, all the bubbles. All the time spent away from our families. Super worth it talaga,” said the UAAP Season 78 Seniors’ Finals MVP.

“I can say that everything we sacrificed, all our hardships super worth it, super sigh of relief siya like everything we worked hard for ito na nagchampion na,” she added.

According to Dy, F2 Logistics missing the first-ever professional conference of the Premier Volleyball League in Ilocos Norte last July proved to be a blessing in disguise for the hobbled Cargo Movers squad, which suffered multiple injuries prior to the tournament which forced the team to withdraw from the Open Conference.

The injury bug even lasted until the PNVF Champions League as they missed the services of Kim Fajardo – one of the few players who were reportedly hurt prior to the PVL. 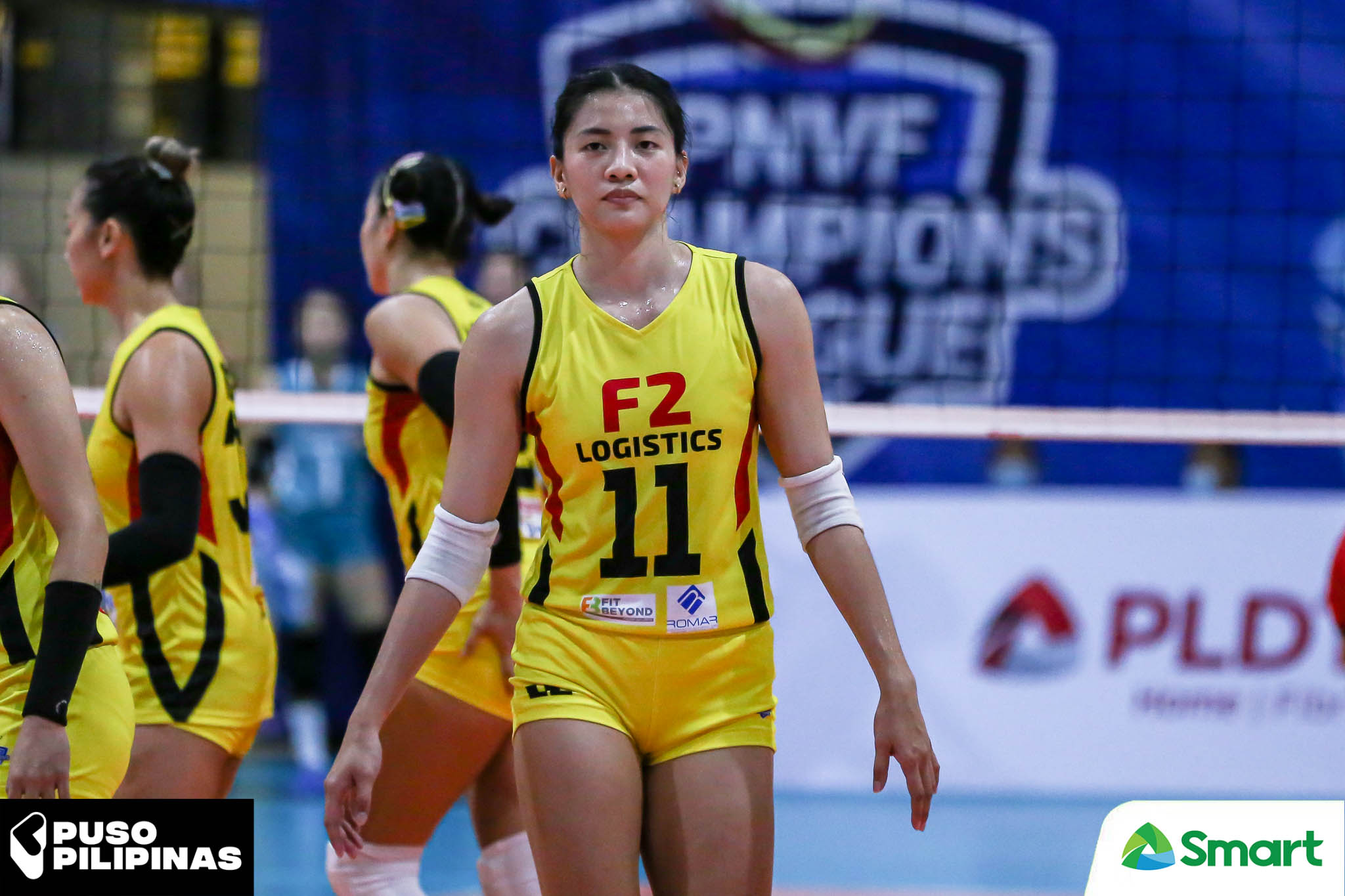 “Even before the PVL we started training already sa bubble but unfortunately, madaming injured sa amin so we weren’t able to join the PVL,” said Dy, who was joined by setter Iris Tolenada, middle blocker Aby Marano, and libero Dawn Macandili in the Mythical Six.

Dy also believes that F2 Logistics’ medal haul in the Champions League was the fruit of all their hard work during their training bubble.

With the Cargo Movers officially back, Dy strives to improve even more as she sets her sight for next year’s tournaments.

“Just continue improving also individually and as a team and get ready for our next tournament.”