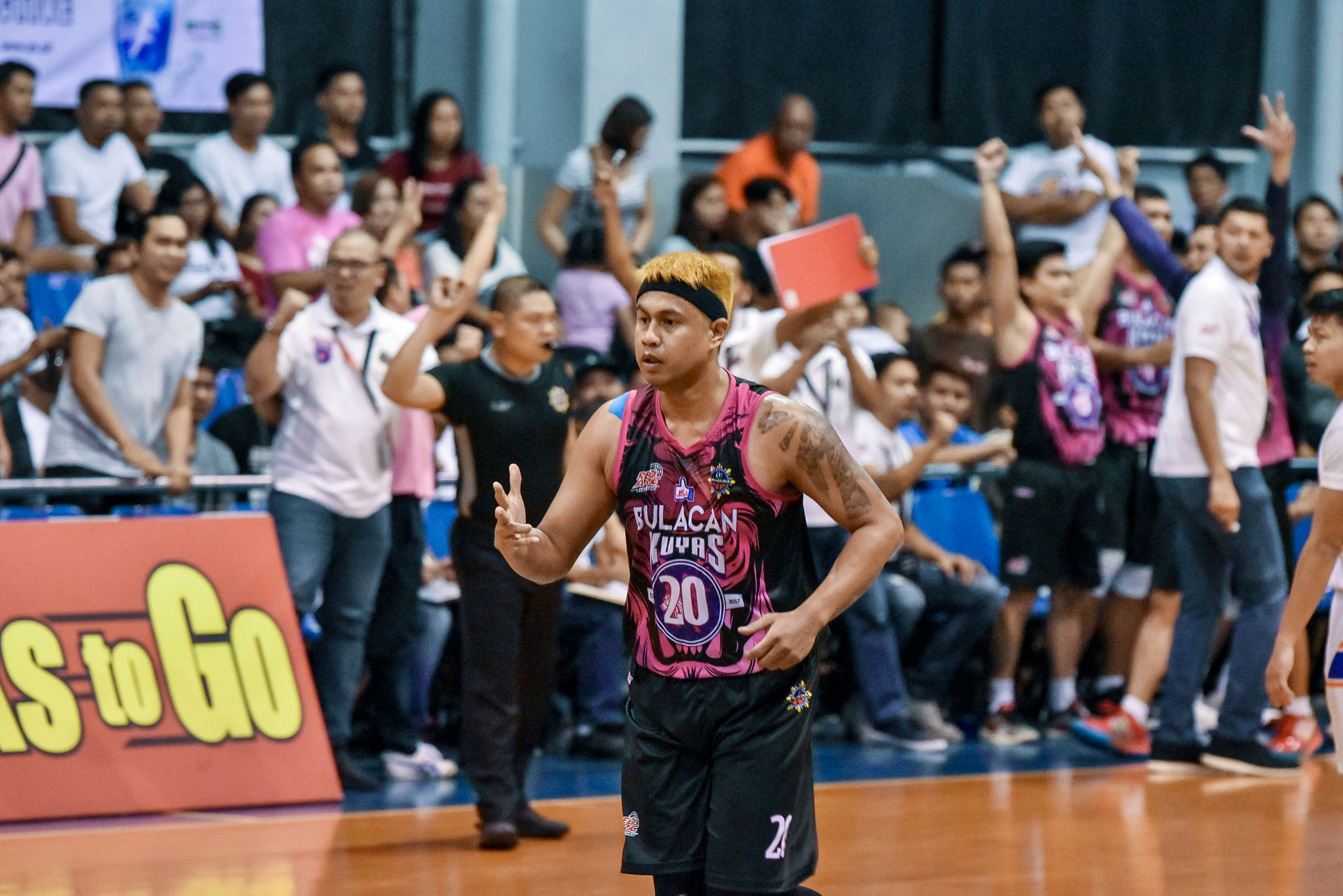 ANGELES, PAMPANGA — Bulacan squeaked past Caloocan-Victory Liner, 81-79, for its sixth-straight win in the 2019-20 Chooks-to-Go MPBL Lakan Season, Thursday at the AUF Gym.

With three final attempts to tie or win the game — Cedric Labing-isa’s layup, then follow-up, then Danny Marilao’s triple — Caloocan flunked them all, allowing the Kuyas to escape triumphantly.

Leading by just one point, Bulacan’s Stephen Siruma knocked in a three-pointer at the 42.3-second mark of the final quarter, 81-77. John Ambulodto’s putback on Labing-isa’s miss then put Caloocan within two, 79-81, with 28.1 ticks left.

Jovit Dela Cruz unloaded 14 points, seven rebounds, four assists, and three steals, helping the Kuyas up their record to 18-8 at fourth seed in the North.

Labing-isa and Paul Sanga registered game-highs in points with 21 each for Caloocan.

The loss allowed the Supremos drop to 14-12, tied with Pasay Voyagers for the eight spot in the same Northern division.