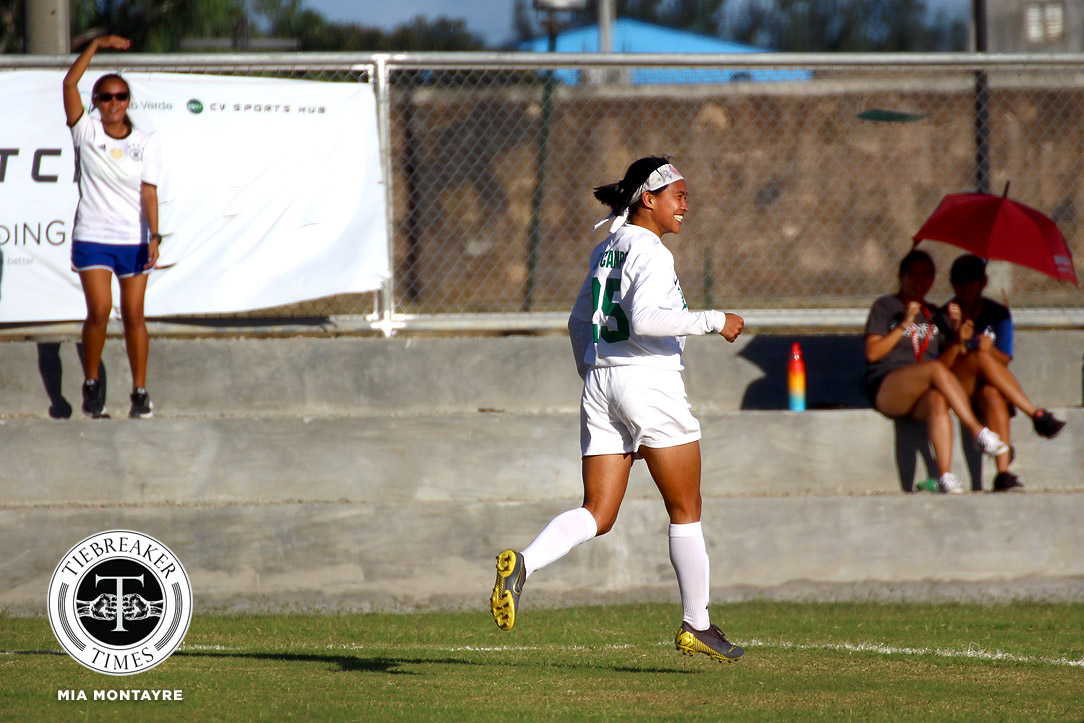 Shai del Campo may only be a rookie, but her name should strike fear in the De La Salle University Lady Archers’ opponents in the UAAP Season 81 Women’s Football Tournament.

The result elevates La Salle’s standing to solo 1st place with 10 points in the league table, where they sit on top. Meanwhile, FEU remain in 3rd place with six points, having suffered their second consecutive loss to end the first round on a whimper.

Del Campo scored in the 8th, 32nd, 45+3 and 71st minutes to put the result beyond any shade of doubt for the Green & White. Those four strikes raised her output to seven goals in just four games this season. Additionally, Del Campo’s fellow rookie, Maye Mendano, struck in the 50th minute for La Salle.

“Like I said (early in the season), Mendano and Del Campo, they’ve been playing this way as expected. From the last game (vs UP), I really told Shai just to relax, maintain composure, she’ll get her goal – which she did and I said you go get your second goal, which she did. Today I told her, you’re gonna get your hat-trick, which she did. I said during halftime, go for one more, why not?” said La Salle coach Hans-Peter Smit.

There is still no word as to who both teams shall next face to commence the second round, since the league will be on a hiatus while the national team continues its campaign to qualify for the 2020 AFC Women’s Olympic Qualifying Tournament.