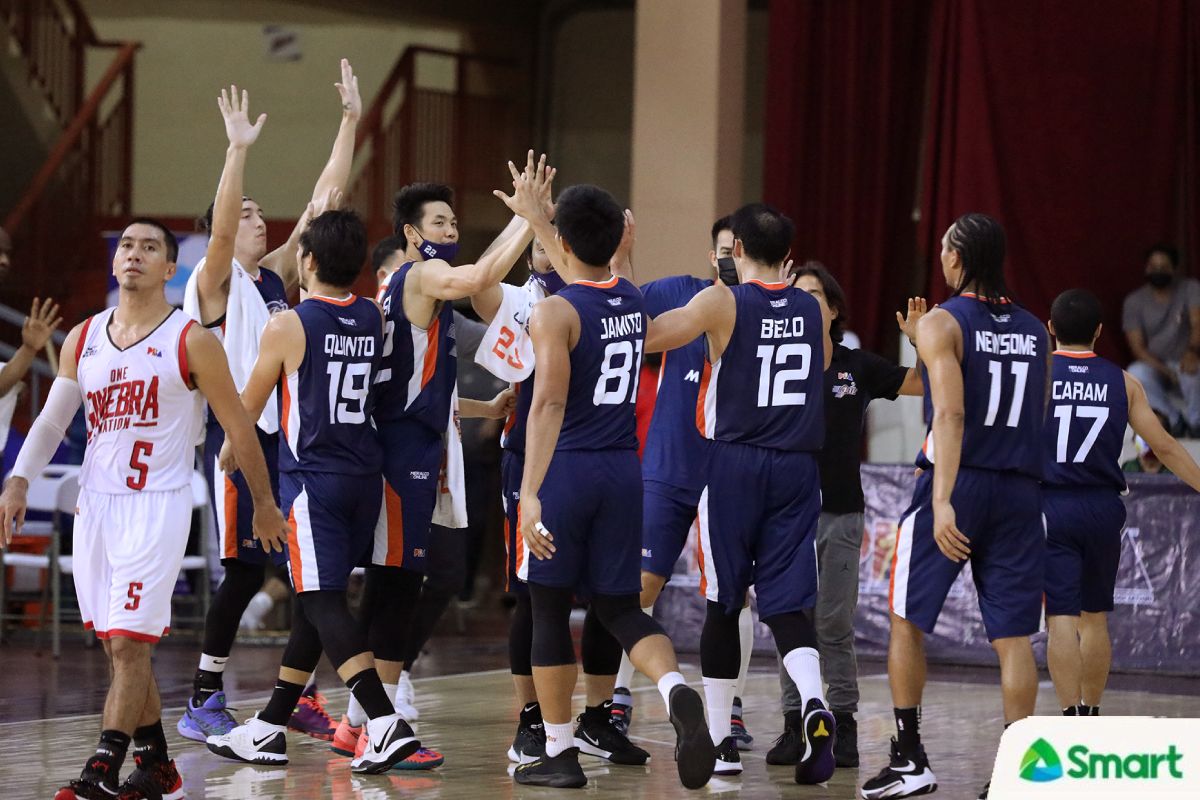 Per the decorated mentor, the Bolts’ primary goal was winning their final assignment in the 2021 Honda PBA Philippine Cup eliminations to bring enough momentum heading into the quarterfinals. And they achieved this by way of a 79-66 victory.

“We just wanted to win the game,” he said after the match at DHVSU Gym. “I know we’ve played them a lot over the years. And like I said yesterday, the rivalry has been a little bit one-sided because they’ve been doing most of the winning.

“But it’s a game that just happened to be at the end of this conference, and we wanted to go into the playoffs with some momentum,” he added.

It was the first meeting between the two teams since the thrilling do-or-die Game Five of last year’s Philippine Cup semifinals. That saw the Bolts go near the Big Dance only for Scottie Thompson to foil their aspirations.

The star guard buried the game-winning triple with just six-tenths of a second left – a shot that brought Meralco flashbacks of its bitter defeats to the crowd darlings that began from Game Six of the 2016 Governors’ Cup Finals.

But months after that heartbreaking defeat in Clark, the Orangemen have avenged themselves with Wednesday’s wire-to-wire victory. Moreover, they have put the defending champions in danger of missing the quarters.

Should that happen, the Gin Kings will be the first reigning titlists in over two decades since Shell to not reach the playoffs.

But then again, the rivalry was the last thing on their minds. Black reiterated that they only aimed to enter the next round on a winning note.

“We did not want to go into the playoffs with a loss,” said the Grand Slam-winning bench tactician, whose Meralco finished the eliminations with four straight wins.

“So it just happened that Ginebra was our opponent tonight.”

Now, the twice-to-beat Bolts have their sights set on the quarterfinals, where they will battle the seventh-seed NLEX.

The Orangemen defeated the Road Warriors Wednesday through a 104-101 decision, but not before surviving the flurry of young winger Calvin Oftana. He erupted for 34 points – aided by an all-time rookie record eight triples.

So, Black expects no less than a tough challenge from the wards of Yeng Guiao. Still, he remains keen on taking advantage of their incentive.

“We just had a tough game against NLEX just yesterday, so we know that’s going to be tough. That’s not going to be easy,” he said.

“It’s going to be difficult for us. That was one of the reasons why we really wanted to battle for the twice-to-beat advantage. But of course, we’ll go into that series wanting to win the first game.”