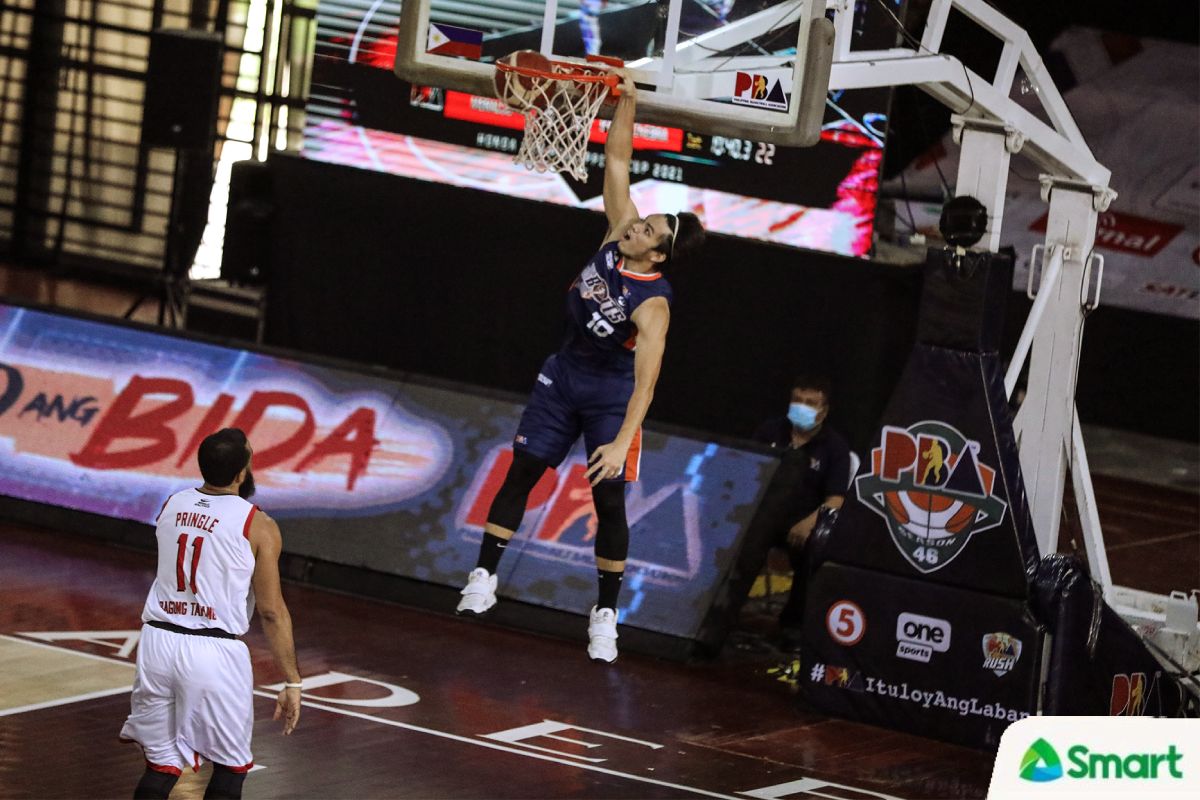 Like what he assured yesterday, Meralco did not show any complacency as it sent reigning Honda PBA Philippine Cup champs Barangay Ginebra San Miguel on the brink of elimination, 79-66, Thursday at the DHVSU Gym in Bacolor, Pampanga.

Already the second seed and armed with a twice-to-beat advantage for the quarterfinals, the Bolts ended the elimination round at 9-2.

They are about to face the no. 7 team NLEX, the same team it beat through a 104-101 decision yesterday.

“We didn’t want to come off a loss going into the playoffs,” said Black. “Our offense has been pretty good the last three games. It was nice to see that our defense stepped up and played much better in this particular game.”

Young guns Mac Belo and Alvin Pasaol spearheaded the Orangemen’s attack with identical numbers of 15 points and seven rebounds, as the frontcourt partners set the tone of the wire-to-wire contest.

Pasaol came off the bench and made 13 on three triples, while Belo made 10 as he was part of the unit that started the game with 10 straight points.

The Gin Kings, however, came back to life after the break behind Stanley Pringle and Christian Standhardinger. They outscored the Bolts 19-8 in the third canto to trim the gap to just four, 51-55, entering the final period.

But that would be the closest they could ever get. Anjo Caram, Raymond Almazan, and Bong Quinto joined forces for an 8-2 run for a 63-53 lead with 8:11 remaining, and order was restored.

“A lot of guys stepped up,” said Black. “Allein was here, Mac is here tonight, other guys have stepped up and become the best player, like Anjo Caram. So it’s just the next man up as far as we’re concerned.

“We don’t know who the star of the game might be, but everybody supports everybody. Whoever has a good night and leads us, we’re happy for that,” he continued.

Chris Newsome was the only other double-digit scorer for Meralco with 10 points, together with nine rebounds and six assists as he made up for his ejection against the Road Warriors due to flagrant foul penalty two.

It was his second game back after clearing health and safety protocols, together with veteran forward Cliff Hodge.

“As far as Newsome is concerned, and Cliff, I didn’t really expect very much out of them in these two games that we just played, mainly because they only had a couple of days of practice and they were off for 14 days,” Black said.

The win somehow served as a fitting bounce-back from the heartbreak they suffered in Game Five of last year’s bubble semis, but Black insisted that there was nothing personal in battling their long-time tormentors.

“We just wanted to win the game,” he said. “I know we’ve played them a lot over the years and like I said yesterday, the rivalry has been a little bit one-sided because they’ve been doing most of the winning.

Meralco was still without Aaron Black due to a hand injury and veteran Reynel Hugnatan, who’s still in Bacolod to attend the funeral of his late mother.

“We will be complete, yes. Maybe Aaron will probably be out for at least another week. I think he gets reevaluated next Thursday. Of course, he’s in the lineup. Reynel Hugnatan will be back this weekend,” Black said.

Reigning BPC Pringle, meanwhile, finished with 19 points, and Standhardinger had 17 markers to lead Ginebra in the defeat that dropped their card to 4-7.