Two more silvers added to the collection of the Philippine gymnastics team.

Finnegan earlier made a costly mistake in her beam routine during the individual all-around and apparatus qualifications. This time, she made sure her connections and tumbling passes would work.

For his part, Yulo paced the pack with 14.900 in the parallel bars, using the program that saw him take the silver in the last year’s World Gymnastics Championships.

The 23-year-old star’s lead carried on, before reigning Games champion Dinh Phuong Thanh pulled off a similarly impressive routine which overtook Yulo’s with 15.133.

Lucia Mari Manzano ended eighth in the balance beam with 10.000. Then Juancho Besana scored 11.900 to finish seventh in parallel bars. 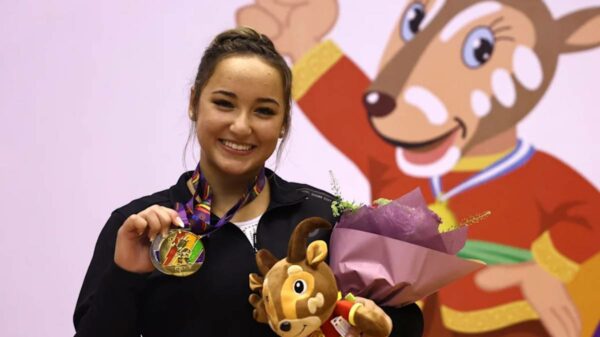