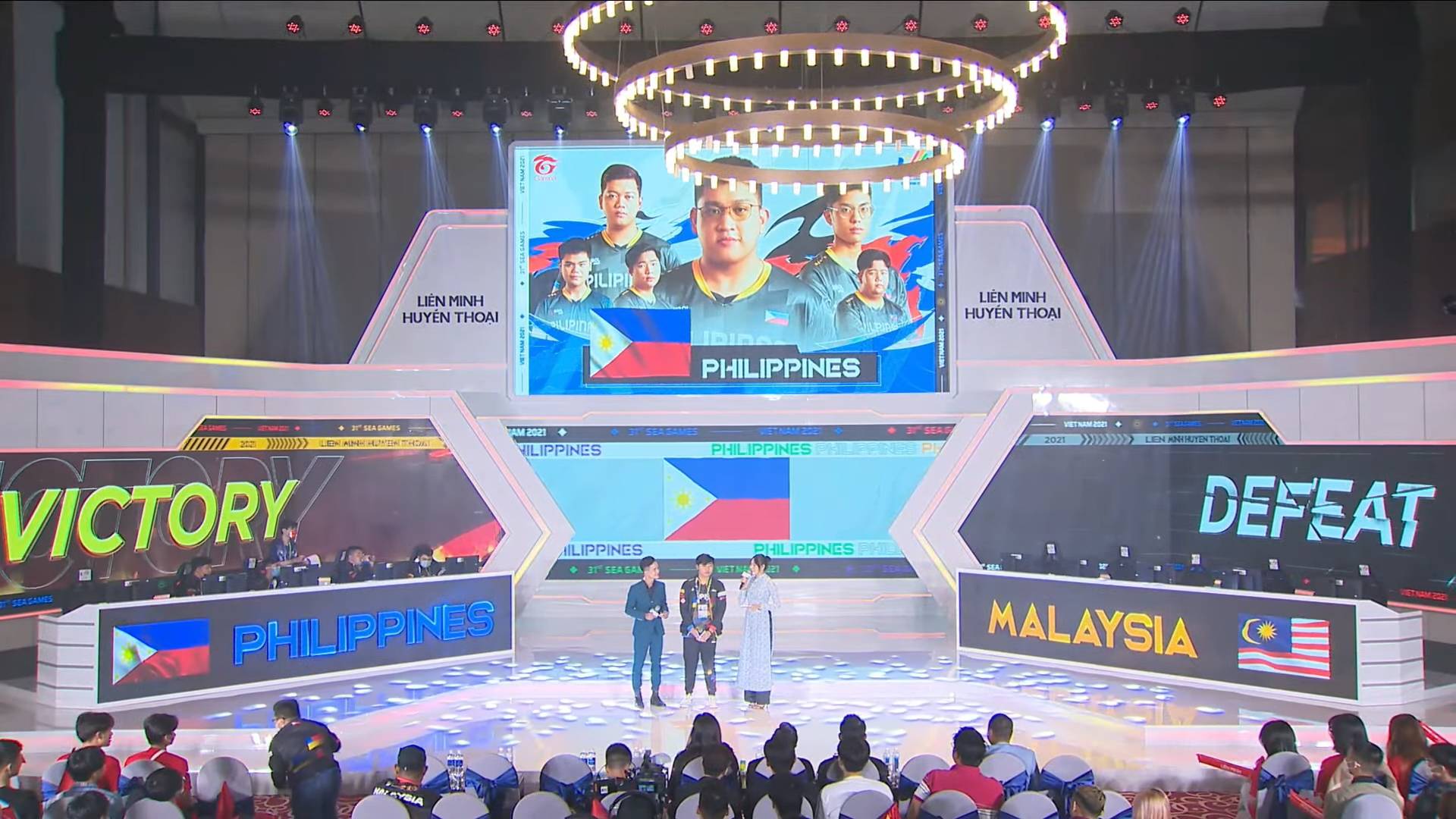 The Philippine national League of Legends PC team advanced to the gold medal match after eliminating Malaysia, 3-1 in the best of five semi-finals of the 31st Southeast Asian Games on Friday afternoon.

The country’s League of Legends team is now assured of a silver medal after a 24-9 victory in Game Four versus Malaysia.

It was SIBOL who was holding the lead right from the get-go as they were determined not to prolong the series any longer.

They started 5-0 early before destroying the first turret at the bottom lane just before entering the 13-minute period.

At the 28-minute mark, the Philippines aced in the bottom lane including a Hezro Elijah “Parzival” Canlas’ (Gwen) double kill that erased all of the enemies on the map.

The Filipinos reached the enemy base with not even a single Malaysian defending the Nexus as they cruised to victory, advancing to the final stage.

David Emmanuel “yjyyyyyyyyyy” Tapang (Varus) led the kill mark for the Philippines with eight. Parzival also added three, including his back-to-back kills right at the end of the match.

Malaysia opened the series, beating SIBOL in Game One, 24-8. The Filipinos bounced back in Game Two with a 21-11 victory, followed by an even more impressive 25-6 win.

After holding the first and third spot almost the entire day, the Philippines PUBG teams fell from the standings to end the final match of day 2.

SIBOL teams 1 and 2 had an underwhelming final game as they finished ranked 13th and 14th, respectively in Match 5.

The Philippines team 2 – who is bannered by Zap Battlegroundz NewBie, Range, Shazam, and Rymon1 – dropped from the one spot to no. 2 in the standings with 110 total points

Meanwhile, the Philippine Crossfire team was sent to the lower bracket after losing 0-2 against Vietnam in their first series in the bracket.

Prior to that match, they swept Indonesia 2-0 to open the day.